Have you ever wondered why 1st May is declared as labour day?

Many are likely unaware that the legendary workers’ hero V. David was responsible for getting Malaysia to recognise Labour Day as a workers holiday rather than a socialist holiday.

David, who was fondly known as ‘King David’ was a Malaysian trade unionist and former opposition politician elected to the Malaysian parliament twice, representing the Bangsar and Damansara constituencies. He was recognised in parliament for being bold and outspoken when it came to issues affecting Malaysia’s Indian population.

He was internationally renowned for founding the Workers Institute of Technology (WIT) in Port Klang in the early 1970s, which offered education to thousands of workers’ children. After much commotion and controversy, Former Deputy Prime Minister, Tun Dr Ismail Abdul Rahman, declared 1st of May as an official public holiday in 1972.

Our beautiful Malaysia celebrated Labour Day for the first time ever on 1st May, 1973.

David was also appointed as the Chairman of the World Tamil Association in 1984. Not to forget the book entitled, ‘Freedom That Never Came’ was penned by David which chronicled his insights on Malaysia’s post-independence era. 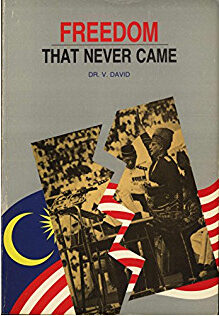 David passed away on 10th July, 2005, and is remembered as a strong advocate for the Malaysian workers’ movement and the needy.

Apart from that, the Malaysian Trades Union Congress (MTUC) has requested that the Selangor state government name a road after the late V. David, a veteran trade unionist who fought for workers’ rights during his lifetime.