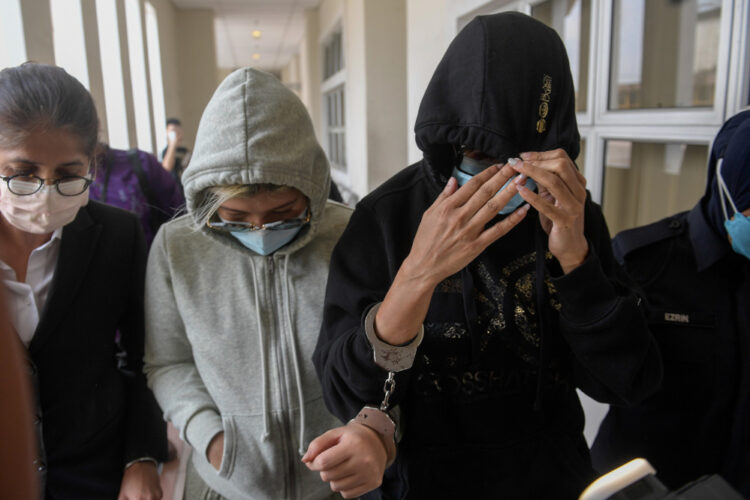 Kohinoor Damodaran Kaittiani, a former beauty queen, was charged on July 9th at the Petaling Jaya Magistrate’s Court for punching a police officer and drug abuse.

According to New Straits Times, the 29-year-old woman was arrested after allegedly crashing into a roadblock on the Federal Highway near Petaling Jaya before punching a police officer.

Assistant Commissioner Mohamad Fakhruddin Abdul Hamid of the district police said the suspect, who was under the influence of alcohol, was driving her vehicle from the city centre to Petaling Jaya with a friend seated beside her when she arrived at the roadblock around 3am.

She was eventually detained after a police officer pursued her vehicle. However, when her car was stopped, she became aggressive and punched the officer who was attempting to arrest her.

She was one of the Miss Universe Malaysia 2015 finalists.

She pleaded not guilty to both charges before magistrate Zhafran Rahim Hamzah.

According to the charge sheet, the accused used criminal force against Corporal Sharularifin Sarmadan around 3am on Thursday by punching him near Jalan Universiti.

She was charged under Section 353 of the Penal Code, which carries a maximum sentence of two years in prison, a fine, or both if convicted.

At 2pm on the same day, she was also charged with abusing the dangerous drug Tetrahydrocannabinol at the Petaling Jaya police headquarters.

Counsel Datin Raj Preet Kaur, on the other hand, pleaded for minimal bail, claiming that her client’s restaurant was closed due to the Covid-19 pandemic.

The court set bail at RM3,000 for all charges and scheduled a hearing on 6th October.

During the same trial, Kohinoor’s friend Quek Shen Tying, 33, was also charged with drug abuse at the same location and time.

The court set bail at RM1,500 and scheduled a hearing on 1st October.