This young genius identified 197 countries in just 2 minutes and 54 seconds! 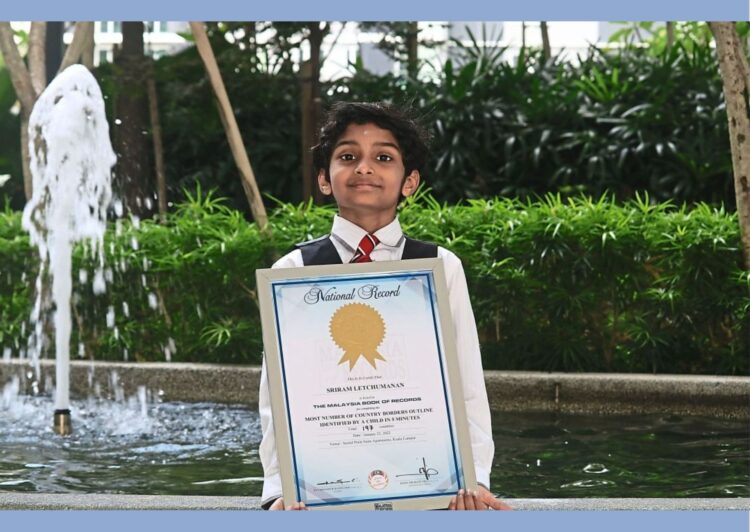 The current generation are remarkably talented. Despite the harsh realities and challenges brought on by the  pandemic, they are able to explore and engage in beneficial activities rather than being glued to their phones and computers playing games.

On the 22nd of January, Sriram Letchuman was welcomed into the Malaysia Book of Records for identifying 197 countries using a boundary outline in just 2 minutes and 54 seconds. (Well, it’s not as easy as it seems.)

This 8-year-old kid remarked that the identification was an easy activity for him to complete.

Sriram’s interest in geography began when his parents, both engineers by profession discovered that their young son was interested in flags and started teaching him geography-related literature when he was six years old.

One reaps what one sows and this proved fruitful as the SK Seri Permai, Penang, student was able to identify countries based solely on their geographical aspects within two years.

“I’m very delighted and happy to be in the Malaysia Book of Records. It was not difficult for me to identify the countries because I have done it many times at home,” Sriram said.

“I prefer looking at the globe map because I love knowing where each country is on the map,” he said.

He wants to visit all of these nations when he grows older, such as visiting all of the states in the United States and Johannesburg, South Africa.

Sriram, unlike most children his age, mingled with his parents’ friends by learning about their travels.

HIs mother, Vithya Letchumanan said “He would frequently hold quizzes in which he would give our guests hints about various sites and ask them to guess which country they were in,”

“Our family and friends have commented on how exceptional this is for a kid his age.” she continued.

“As he progressed, we realised his strength and talent. So we thought it would be a wonderful source of motivation for him to attempt setting a national record,” the mom added.

Sriram also spends a lot of time on the internet, sharpening his skills and knowledge according to his father Letchumanan, playing geography quizzes and a geographic discovery game to identify nations based on satellite photographs.

The boy’s father added that while he would assist his son in finding online media to pursue his passion, the kid is capable of doing so on his own and is a quick learner.

Congratulations to this young boy and his parents on their outstanding achievement! 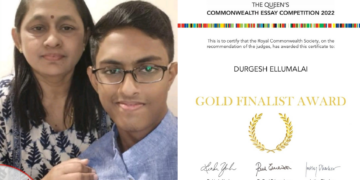