May I hold my family's hand for the last time? 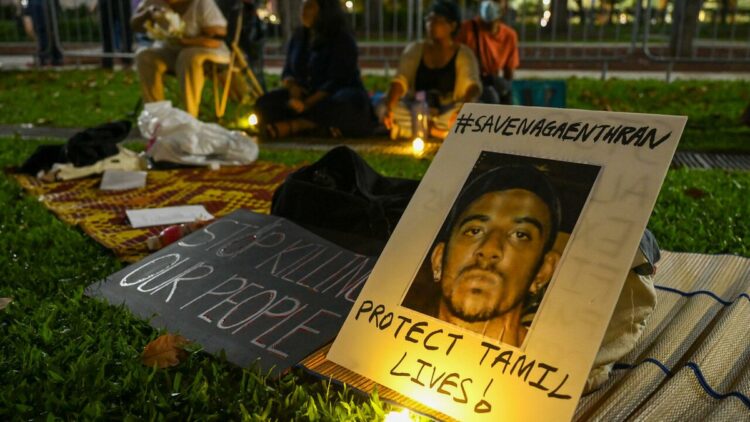 After spending 13 years behind bars, Malaysian detainee Nagaenthran Dharmalingam was executed today at Changi Prison at 6am (8am AEST).

The news was confirmed by his brother Navin Kumar earlier today. He stated that the execution had been carried out and said the body would be sent back to Malaysia where a funeral would be held in Ipoh.

Before an execution, family members are allowed to buy clothes for the prisoner to wear at a photo shoot. The photos are given to the family shortly before, or after execution.

Navin says this was Nagen’s favourite outfit and photo. pic.twitter.com/wYXfqinIIn

Despite filing multiple appeals against his execution and some last minute legal challenge in Singapore’s Court of Appeal, the execution has taken place without any mercy.

Family members from Malaysia gathered inside the court shed tears as Justices Andrew Phang, Judith Prakash, and Belinda Ang dismissed a last-minute appeal for a stay of execution, saying: “There must come a point when the court’s final word is the last word.”

Donning a purple prison uniform and standing in the dock behind a glass screen, Nagaenthran did not argue with the decision but requested for one last wish which he had for the past few years.

May I hold my family’s hand for the last time?

The request was approved and Nagaenthran placed his hands through a small gap in the screen to touch those of his mother and other relatives. Having come to court on Tuesday during what would have been the time for a final visit of his family in prison, he was also allowed to spend two hours with them in the basement of the court complex, although with no physical contact.

Solidarity vigil for Nagaenthran the night before his execution between 5.45am and 6am tomorrow.

Nagaenthran’s final appeal at a Singapore Court this afternoon was dismissed.