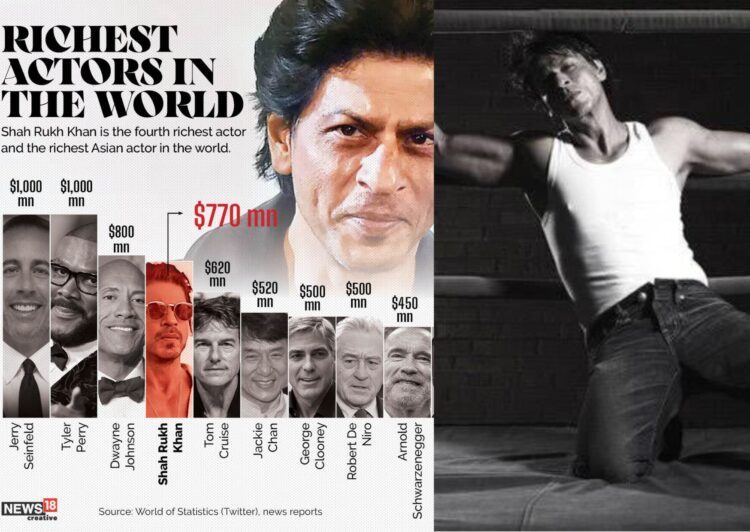 Have you listened to and watched the Besharam Rang track? If No- You’re missing the whole new mindblowing SRK!

King Khan’s suave look in the recent track of his “Besharam Rang” stole many’s hearts and the attention of people. His new hunk look, with cool flowing locks, and a loose, open shirt added the effortlessness of it all and definitely made many fans go crazy.

And here’s to the latest update, as that Shah Rukh Khan is the world’s fourth richest actor, beating top biggies like Tom Cruise, George Clooney, Jackie Chan, and Robert De Niro. This makes SRK  the only Indian to beat some of the cult Hollywood stars to feature on the world’s richest actors list.

#NewsByNumbers | With a net worth of $770 million, Shah Rukh Khan (@iamsrk) is the fourth richest actor and the richest Asian actor in the world. Here’s a look at the Top 10 richest actors on the planet pic.twitter.com/XnslbW7NjQ

Check Out His Most Expensive Possessions 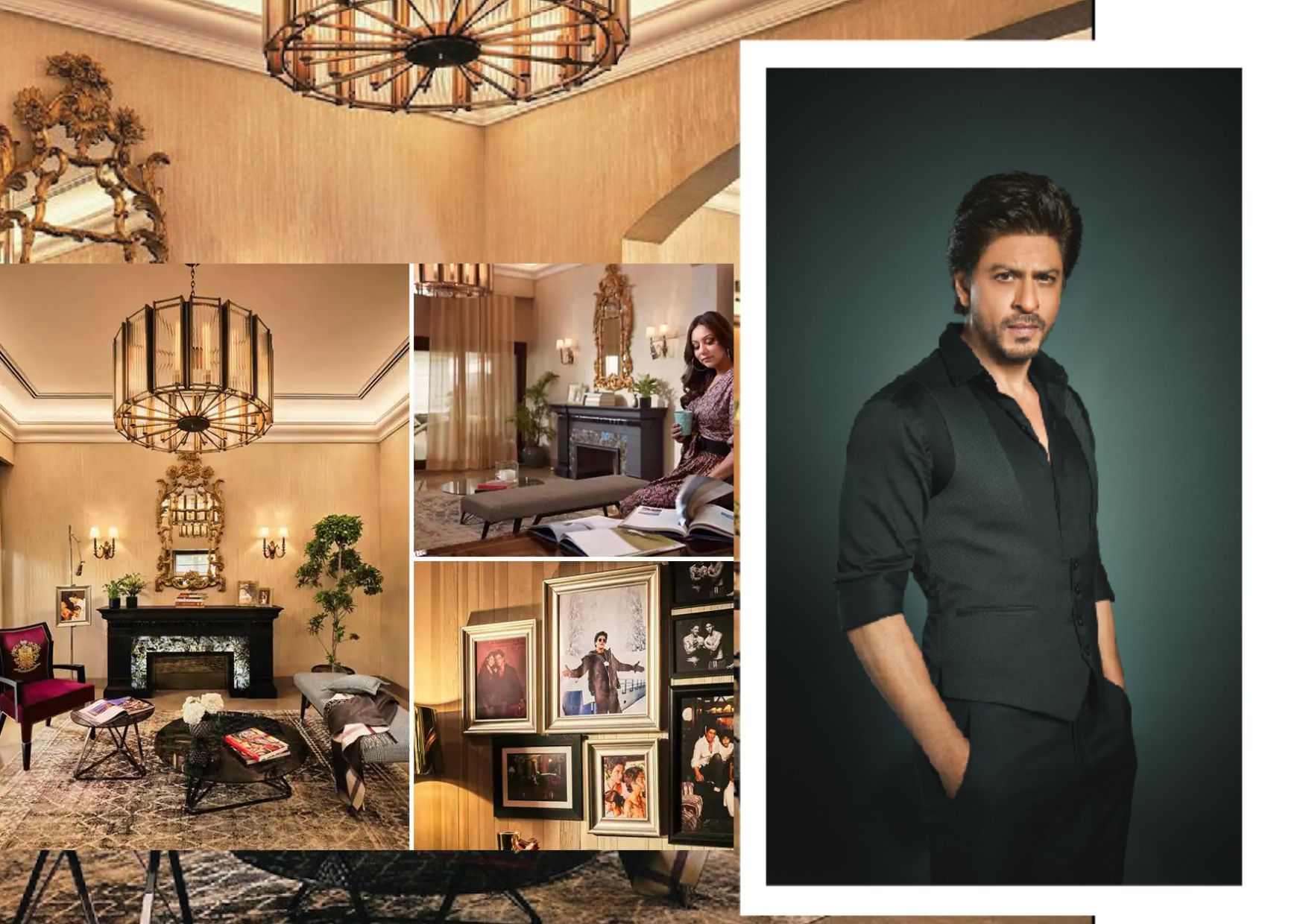 Shah Rukh Khan lives a luxurious life! He owns a sprawling sea-facing bungalow in Mumbai’s plush Bandra area. According to reports, SRK bought the home in 2001 for Rs 21 crore, and over the years, the price of the bungalow has shot up to worth Rs 200 crore. SRK has named his home Mannat and it has become an iconic spot for his fans to pose for pictures.

Shah Rukh Khan is a fan of fancy rides and his garage is packed with a fleet of prized possessions. SRK owns a Rolls-Royce Ghost, Mercedes-Benz S-Class, a BMW convertible, and a BMW hybrid among other rides. An Audi, Bentley, and a Porsche 911 Turbo are also a part of his collection. The actor also has a luxurious and customized vanity van, reportedly worth Rs 4 crore.

SRK has invested in a plush holiday home, which is just a one-speed boat ride away from the din of Mumbai. The actor owns a sprawling bungalow in Alibaug which often serves as Bollywood’s favorite party spot. The bungalow is spread across 20,000 square meters and overlooks the Alibaug beach. Apart from this, SRK also owns properties in Dubai, London, and Los Angeles.

Apart from acting, SRK is a smart businessman who has invested in various thriving businesses. SRK co-owns the Kolkata Knight Riders (KKR) franchise with Juhi Chawla. He also owns a stake in Kidzania, an international edutainment chain for kids. Also investing in Bollywood, Shah Rukh Khan has a production house by the name of Red Chillies and he also owns a state-of-the-art VFX studio, which has done the visual effects for movies like ‘Chak De! India’ (2007), ‘Ra One’ (2011), ‘Krrish 3’ (2013), and ‘Zero’ (2018).

What’s your Reaction?
+1
0
+1
0
+1
0
+1
0
+1
0
+1
0
+1
0
Filed Under and Robert De NiroBesharam RangGeorge Clooneyhas shot up to worth Rs 200 croreJackie ChanMumbai’s plush Bandra areaRs 200 croreShah Rukh KhanSRK  the only Indian to beat some of the cult Hollywood stars to feature on the world's richest actors listSRK bought the home in 2001SRK owns a Rolls-Royce GhostTom Cruise
Share22Tweet5Send