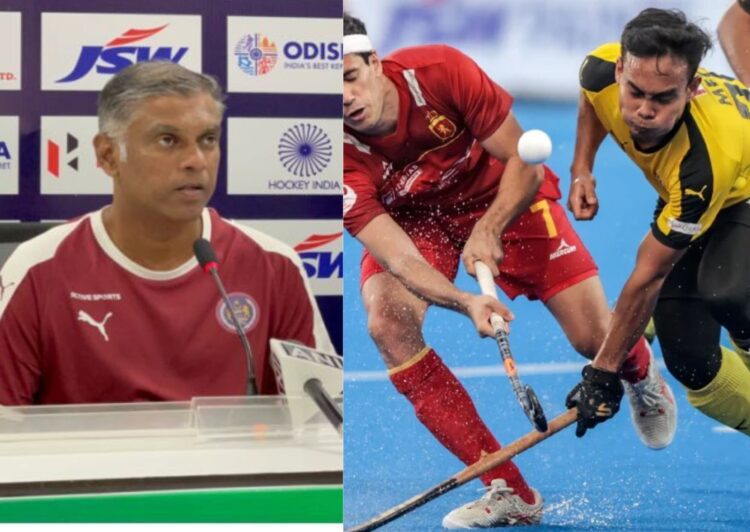 When Competing On The Bigger World Cup Stage, The Chances For Victory Would Certainly Be Higher- National Hockey Coach A. Arulselvaraj

In the recent World Cup crossover match on 22 January 2023 which was held at the Kalinga Stadium, the world No.9 Malaysia Hockey Team, Speedy Tigers lost to world No.10 Spain with a result of 4-3 in a penalty shootout after holding each other out 2-2.

Arulselvaraj, the Malaysian hockey team coach said he is extremely proud of the boys. “As a coach, I cannot ask for more as the way they played showed hunger and desire till the end.” he expressed.

“But Spain, as we all know, the level of exposure they have had over the years with the Pro League and continuous Olympics outings, so in terms of development, we are behind them. And for our guys to put up such a fight against a side like Spain, it’s immense. I think it’s evident that if this particular Malaysian team is given more exposure to play against Belgium and Australia, they will get better,” added Arulselvaraj.

The Malaysian hockey team were praised by fans as well as politicians despite their loss in the World Cup quarter-finals.

The Youth and Sports Minister, Hannah Yeoh also tweeted and wished the team for their great play.

What matters most is that they have given their best. And for that, Malaysia is proud of our Speedy Tigers. https://t.co/Bceo6F5p7B

The world cup has not ended yet.

According to New Straits Times, Malaysia will meet South Africa today (26 January 2023) in Rourkela, India, in a ninth-16th classification match. Arulselvaraj said the Tigers will have to fight and claw their way towards the ninth position, and South Africa have to be beaten at all costs at the Birsa Munda Stadium, India.

The last World Cup edition saw Malaysia finish in the 15th spot. Good Luck Tigers in winning and breaking the record this year.