26-year-old Keerthy Suresh, is the winner of the National Film Award for Best Actress for her sterling act in Mahanati, a Telugu biopic on yesteryear star Savitri.

“Never expected the award. It is overwhelming. I am on cloud nine,”

Dedicating the award to her mother, yesteryear star Menaka, she says that her mother often used to tell her family about how she had missed the national award for the best actress for her maiden film in Malayalam, Oppol. 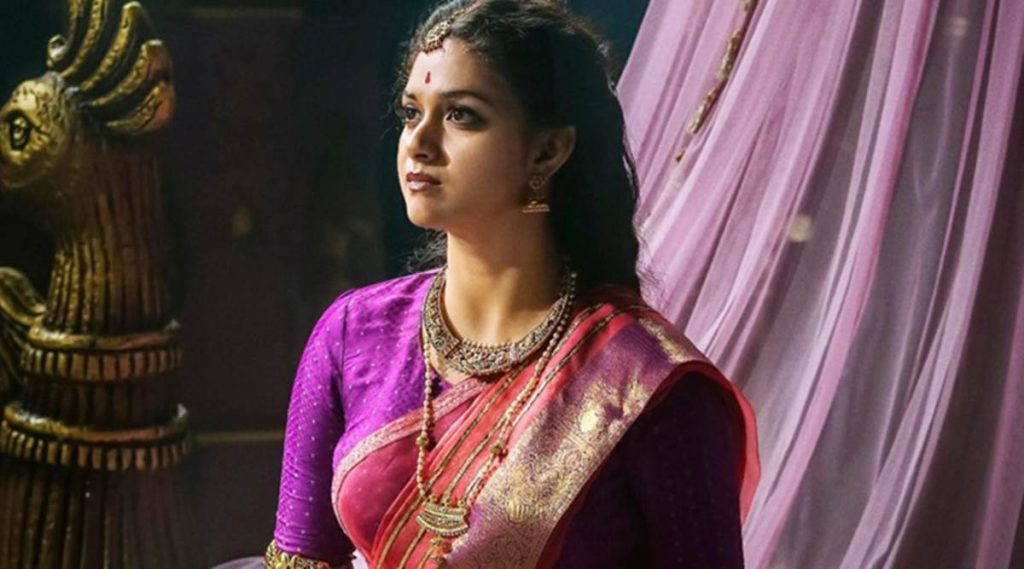 Keerthy admits it was difficult to step into the shoes of the legendary actor and also tough to get out of it. Keerthy’s picture-perfect picturisation earned her a lot appreciation. Her demand for a choreographer on the sets did work, and she is all praise for the way Annie Master helped her ace the scenes.

Talking about Dulquer Salman’s character of Gemini Ganesan in Mahanati, she says that since Dulquer also had a big job to do and that too in his first Telugu film, both of them did not disturb each other.

Keerthy is now doing two woman-centric films, all untitled till now. Next up is Boney Kapoor’s film with Ajay Devgn and it is a biopic on footballer Syed Abdul Rahim. In Malayalam, she will be seen next in Priyadarsan’s biopic on Kunjali Marakkar, the Mohanlal-starrer Arabikadalinte Simham.