Vijay Gifts Gold Rings To 400 Crew Members On The Completion Of Bigil!

Actor Vijay, who will be seen as a football coach training women’s team, has presented all the team members a gold band after the completion of the film. 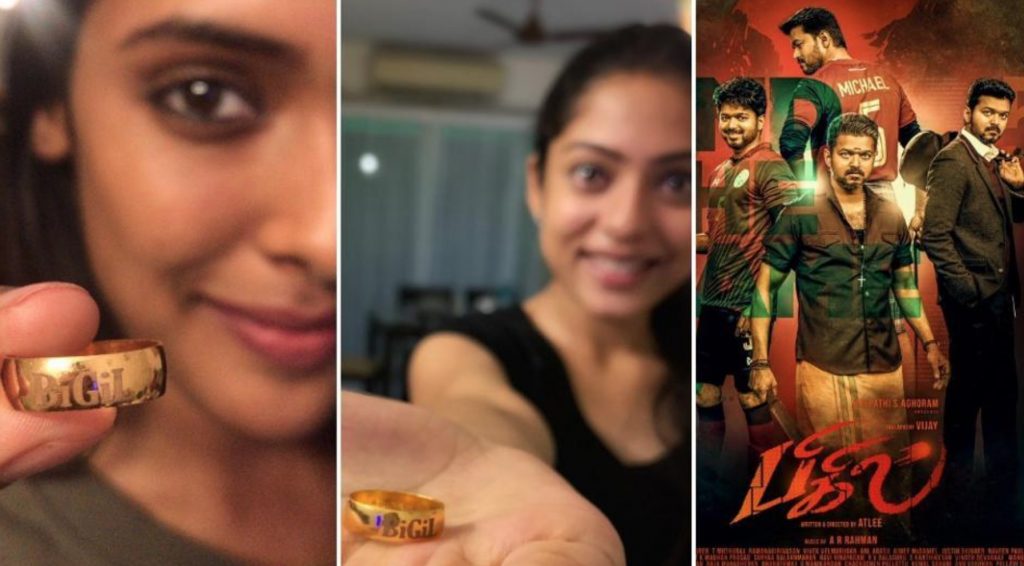 The news first broke out on social media on Tuesday late evening and since then has been going viral. Reacting to the news, Archana Kalpathi of AGS Cinemas, the makers of Bigil, tweeted: “Bigil has a team of 400 members working in the film every day. Our Thalapathy made it extra special by valuing each and every individual’s contribution today. This token of affection coming from him made everyone’s day.” She further went on to reveal that 95% percent of the shoot is complete and post production is underway in full swing.

#Bigil has a team of 400 members working in the film everyday Our Thalapathy made it extra special by valuing each an every individual’s contribution today. This token of affection coming from him made everyone’s day #PositiveVibes #HeartOfGold #OurThalapathyIsTheBest 😊😊

Bigil, which is gearing up for release this Diwali, marks the third collaboration of director Atlee with Vijay after Theri and Mersal, which were blockbusters.

Vijay will be seen playing a local rowdy as well as a football coach in the film, which has music by AR Rahman. Vijay underwent special training to get under the skin of the coach’s character. He leads a women’s football team. To shoot pivotal portion of the film in a football stadium, the makers spent a whopping Rs 6 crore and erected a stadium.

Rahman, in a recent interview, said that he hasn’t worked in the film’s genre in India and that’s what makes the project exciting for him. “I have done this genre in Hollywood but this would be the first time in south India. Atlee is a fan of my films like Lagaan and Pele. He’s heard these soundtracks and he is musically very passionate. I enjoy working with such director who gets involved in music composing,” Rahman said in an interview to a popular entertainment portal.