Dhanush’s ‘Pattas’, Siva Karthikeyan’s ‘Hero’ and Suriya’s ‘Soorarai Pottru’ are the three films in the pipeline for the Christmas weekend. Three biggies are gearing up to hit the marquee around the same time and the competition might be intense.

Trade sources say that three bankable heroes – Dhanush, Suriya and Siva Karthikeyan – will be clashing at the box office. Dhanush’s Pattas, Siva Karthikeyan’s Hero and Suriya’s Soorarai Pottru are the three films in the pipeline for the Christmas weekend.

Siva Karthikeyan starrer Hero is being directed by Mithran. Pairing up with Siva Karthikeyan in Hero will be two heroines Kalyani Priyadarshan and Ivana along. The film will also star Arjun, Vivek and Robo Shankar. This film will have the Bollywood actor Abhay Deol playing the baddie. RD Raja and KJR Studios are bankrolling this venture. George C Williams and Ruben are in charge of the film’s cinematography and editing respectively.

Soorarai Pottru is a biopic directed by Sudha Kongara. It is produced jointly by Suriya’s 2D Entertainment and Guneet Monga of Sikhya Entertainment. The film is based on the life of Air Deccan founder Captain GR Gopinath. GV Prakash is composing the tunes for this flick with Niketh Bommireddy cranking the camera and Sathish Suriya editing it.

Dhanush’s Pattas is directed by RS Durai Senthil Kumar and produced by Sendhil Thyagarajan and Arjun Thyagarajan for the banner Sathya Jyothi Films. The film has music composed by Vivek-Mervin duo with Jyothi Prakash editing it. Cinematographer Om Prakash will crank the camera and this will be his fourth outing with Dhanush after Maari, Anegan and Maari 2. Pattas has Dhanush in dual roles and he will be seen as father and son. The portion featuring Dhanush as the father will have actor Sneha as his partner and Mehreen Pirzada as Dhanush’s partner for the son’s role. 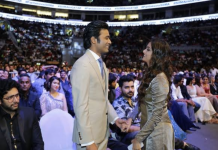 Dhanush And Keerthy Suresh Might Be Working Together Again! 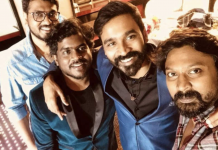 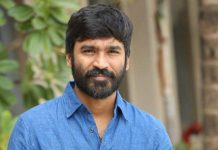 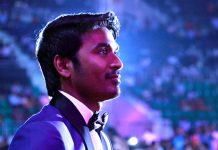 Dhanush Has Started Shooting For His Next Film; See Pics! 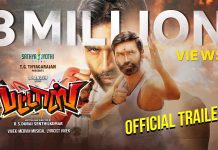 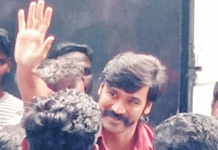 Dhanush Has Completed His Shoot For D 40!

Why Volunteer for Clean Thaipusam 2020? We Have 6 Good Reasons...

Why Volunteer for Clean Thaipusam 2020? We Have 6 Good Reasons...