Shruti Haasan was away from films for about two years so that she could concentrate on her musical career. The actress is all set to make a comeback in Tamil and Telugu with Vijay Sethupathi’s Laabam and Ravi Teja’s Krack respectively.

Shruti rang in her 34th birthday with her close friends in London. She took to Instagram to thank everyone who made her birthday a memorable affair.

Shruti broke into a crazy dance on the streets of London stating that she feels loved, happy and thankful. She shared the video and wrote a long caption where she thanked her fans, family, friends and industry colleagues who wished her on her special day.

She also shared a photo of herself with a bouquet of flowers which were sent by her father Ulaganayagan Kamal Haasan. She captioned the photo, “Thank you for my lovely roses @ikamalhaasan (sic)” 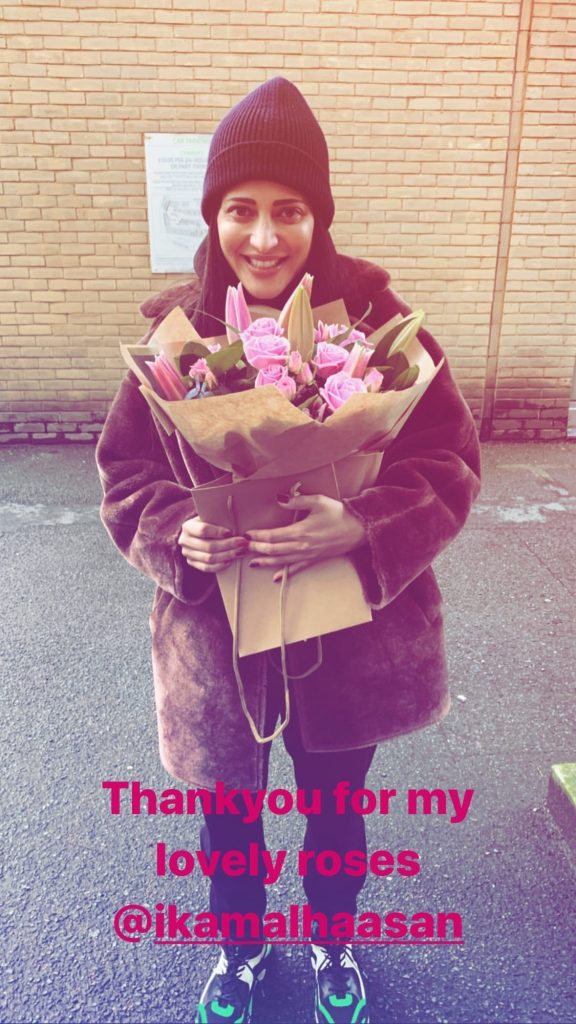 Recently, Shruti Haasan rendered a beautiful melody track for her upcoming film Laabam, in which she is paired opposite Vijay Sethupathi. She has wrapped up the film’s shooting and is waiting for it to hit the theatres this year.

Meanwhile, the actress is looking forward to a short film titled Devi, which also features Kajol, Neha Dhupia, Neena Kulkarni, Mukta Barve, Sandhya Mhatre, Rama Joshi, Shivani Raghuvanshi and Yashaswini Dayama. The short film is based on the story of nine oppressed women who are living in a small room.

Shruti Haasan has been making the most of quarantine by doing several interesting activities. Apart from cooking sumptuous dishes and...