Kajal Aggarwal became the first south Indian actor to be immortalised as a wax statue at Madame Tussauds, Singapore. Kajal was present with her family for the unveiling of her statue. Present with her were her parents, sister and brother-in-law. 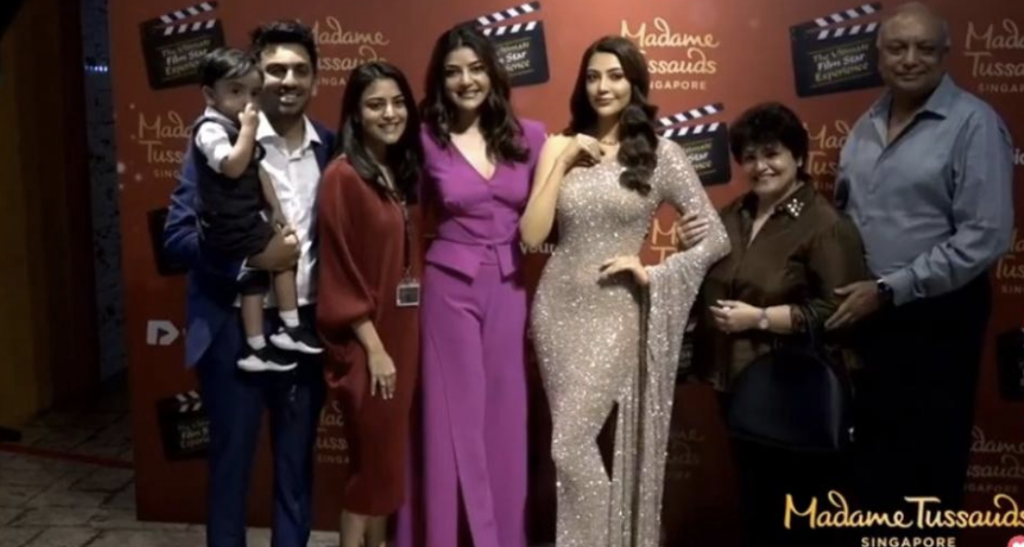 On the career front, Kajal is currently shooting for Hindi film Mumbai Saga opposite John Abraham. She was recently signed for Kamal Haasan’s Indian 2, which marks her maiden collaboration with the veteran actor. On signing Indian 2, Kajal had said,

“I’m really thrilled to be part of the project. I’m quite excited about my role and the skills I will get to learn on the job. I see signing Indian 2 as a step up in my career.”

She also has a Hollywood project in the pipeline. An Indo-American collaborative production, the film will star Telugu actor Vishnu Manchu in the lead. Kajal will reportedly team up with Dulquer Salmaan for a Tamil film as well . She hinted about the collaboration in a media interaction.