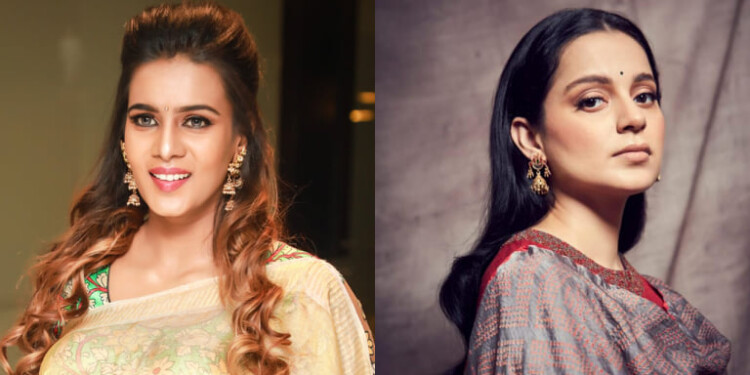 Meera Mitun who shot to fame after her brief stint in Big Boss (Season 3) has taken to her Twitter handle by voicing out her opinion on nepotism. She has slammed the Big Time Bollywood Actress, a Padma Shri receiver Kangana Ranaut for playing the role of late Jayalalitha in her biopic Thalaivi directed by A.L.Vijay.

Meanwhile, she has accused Kangana of using the death of late Sushant Singh for her publicity.

I see Miss Kangana Ranaut is Ranting her publicity shamelessly on her colleague @itsSSR demise. Well You could have voice out for him when he was alive !!! One would do anything by any means for publicity is surely Miss Kangana . Should I also say who wrote the content for you !

Meera has taken things up further by slamming the actress for not being ashamed to take up such a noble role of Jayalalitha in her upcoming film. She has declared that she is the real achiever of Nepotism and not Kangana.

Nepotism Achiever is Me here. What qualities do you have to portray the role of a legend CM of my state TN @thekangana , Kollywd politics to bring U do the role of CM, Shame On you to accept to do such a legendary Educated Bold lady of no match to you, Shame for MyLateBelovedCM

Who talks about Nepotism Sigh @thekangana Am the most popular achiever from TN, also who had boldly voiced out for my state, for my motherland India on every current affairs, also stood strongly for all injustice thrown over me by male chauvenistic Kollywood Clout !!!