by Revathi Durai
41
SHARES
Share on FacebookShare on TwitterSend

Once again, singer Poova delivered another captivating performance in conjunction with Malaysia’s 63rd Independence Day. This time she beautifully sang ‘Warisan’ the patriotic single by the late Datuk Sudirman Arshad. The song needs no introduction as it was the hit that rocketed the legendary singer to fame in 1982.

The 39-year-old vocal prowess vowed fans in her latest video clip. The whole production including its recording and shooting session took place in just a day and the outcome was overwhelming and phenomenal.

Poova during an interview said that during discussions on the production of her upcoming single Karya, the songstress alongside her production team thought it would be fun to release a version of Warisan for Merdeka and Malaysia Day. “We all agreed that it was indeed a great song and wanted to produce our version to introduce it to the new generation of Malaysian music fans,” she added.

Poova is among six talented musicians featured on AXN’s reality talent show Asian Dream, who are competing for a spot on Michael’s Asian Dream tour and represent Subaru as its brand ambassador.

The project was planned very quickly due to the time constraints in the run up to Merdeka. We managed to get some studio time with music producer Rozhan Razman of RiroMuzikXPlayspace Studio along with music video producer Gbam of CST Productions and last but not least, my friend Sharon Chong on piano.”

“The lyrics speak closely to my heart especially during this period of uncertainties when the love for our country is at its most crucial,” said Poovaa in a press release.

Take a look at the breathtaking rendition below as Poova amazes us with every single note! 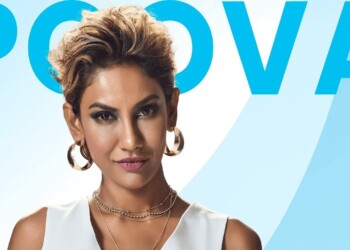 When a Malaysian garners fame internationally, we as fellow Malaysians can't help but be proud of their outstanding accomplishments, at...