"If you have witnessed it, you know there is no other suffering like mental illness because the human mind has enormous capabilities" - Sadhguru

While the pandemic has caused continuous mental health issues among Malaysians, pre-existing conditions have even worsened in others, including young people and children.

According to the University of Malaya Specialist Centre (UMSC), mental illness would be the second leading cause of death in Malaysians by 2020, following heart disease. Meanwhile, a survey which was conducted by the National Health and Morbidity Survey (NHMS) in 2020 has revealed that one in every three Malaysian adults aged 16 and up suffers from mental health disorders.

Now that Thursdays with Sadhguru has arrived, he addresses the causes of mental illness in today’s society, and how one can understand and nurture those around them. 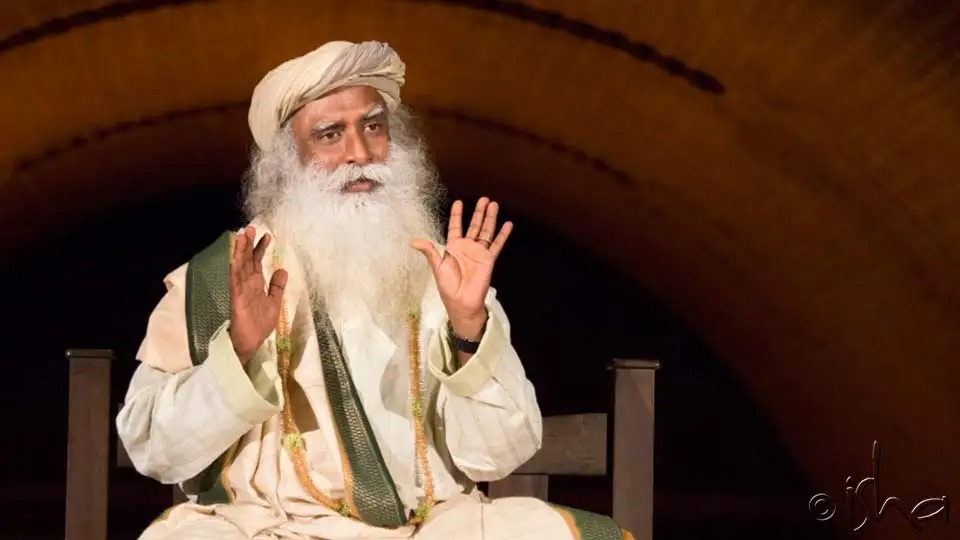 A few years back in a sathsang (‘Communion with Truth’) you mentioned that the highest point of human suffering is mental illness. What causes a person to suddenly have a mental illness? And is there any possibility or hope that they would come out of their illness and off medication?

If you have witnessed it, you know there is no other suffering like mental illness because the human mind has enormous capabilities. If these capabilities work in your favor, life becomes fantastic. If they work against you, there is no escape because the stimuli for suffering is not even coming from outside. If the stimuli for your suffering were coming from your neighbor, your mother-in-law or your boss, you could run away. Nobody can cause suffering to you, mentally. They do things and you react to it in a certain way. But if you come to a place where, without anyone doing anything, suffering is simply happening, it is a psychological condition.

How does one come out of it? It depends on the level of damage. There are some who can come out of it, but in some pathological cases, it would have manifested in a physical form in the brain. Such conditions have to be supported chemically from outside. Sedating it is largely what people are doing, but you cannot just put down one aspect of your mind or brain – the whole system gets affected.

You keep crossing the line with anger,

You are crossing the line of sanity,

enjoying the little bit of madness that

you go through, and coming back.

I want you to know that many of the people who have lost it were perfectly “normal” people like you. Just one day, it is gone. Something fused out and suddenly they are on the streets. You keep crossing the line with anger, hatred, jealousy, alcohol or drugs. You are crossing the line of sanity, enjoying the little bit of madness that you go through, and coming back.

It is like how the physical body can get ailments. You could be fine today, but tomorrow morning your doctor tells you something. These things happen to people every day. Similar things can happen to the mind. At least if it happens to your body, you will get sympathy from everyone around you. When it happens to your mind, you do not get sympathy; no one wants to be anywhere around you because it is very difficult.

We need to build structures in society where the margin for mental illness is very low. Why I go back pining for the culture that existed in this land is because about 200 to 300 years ago, there were hardly any mentally ill people in this country simply because of certain structures in the society. Slowly, without awareness, we are pulling it down. Today, even in villages, there are psychologically broken people, which was never so in the past. If it happened, it was an extremely negligible percentage of people.

The percentage is increasing. You can distinctly see that in so-called “affluent” societies, the percentage is becoming quite high. This is because a human being is a social animal unless he transcends certain things. Either we should work for transcendence or we should create a society which is supportive, which is not demanding. Right now, the social structures that we have created are horribly demanding.

This is happening to urban India, but it has happened even more so in the West. If you want to live in America, even if you fast for the next 30 days, your bills will still add up to 3,000 dollars. The society is structured in such a way that it is very demanding on the individual person – someone cannot take a break and just sit down.  Not everyone may be capable of continually being on. A whole lot of people need to withdraw from certain things. If there is sufficient sadhana in their life, then you can drive them 24 hours, 365 days because life is brief and we don’t want to sit back. But if there is no sadhana, it is very important that people have space and time.

We have created societies which are a constant challenge to live in, always in a mode of competition. There is something called “fight and flight” response within the human being. Irresponsibly, people are using the words, “I like the adrenaline.” You do not understand what adrenaline is. Adrenaline is an emergency device in the system. If a tiger comes at you, adrenaline pumps so that you can escape. But if you simply pump adrenaline and go walking in New York City, you will burst. You are not supposed to be in that state all the time. If you do not die, you will break.

Our education systems are horribly demanding. Not everyone is geared for it. For someone, it may be a cakewalk. For somebody else, they may read one sentence 25 times and not get it, but they may be capable of doing something else. “No, we don’t allow them to do something else. They must do this first.”

There are so many horribly cruel structures – these are not structures for the well-being of the human being. We are trying to manufacture cogs for a larger machine we have built. We want the machine to live; we do not care what happens to the individual human being. We need to produce parts for that big machine we have built which is fake; it may collapse any time.  If you are not made of the material to make a proper part for that big machine, you will break in so many ways.

There are some who have come

with pathological situations within themselves

which may naturally occur,

but that is a small percentage.

We are responsible for breaking

the rest of them.

A human being needs a certain level of psychological, emotional, and physical space, and a certain atmosphere for him to be nurtured. Those atmospheres are missing right from day one; even an infant is not getting it anymore. There was a time when the mother held the infant to her breast and was not bothered by the time. Now she looks at her watch, “Why don’t you drink fast? I have to go!”

One week after her delivery, she is back in the workspace. I am not saying women should not work. I am saying human beings should live well. If human beings have to live well, there are certain inner realities. A child should grow up without concern about what will happen to him. But from the first day of school, he is worried about getting two marks less than the neighbor’s child. This is all rubbish. This will destroy human beings and we think this is performance, well-being and efficiency – no. If you break the human being, what is the purpose of the rubbish that you have created?

There are some who have come with pathological situations within themselves which may naturally occur, but that is a small percentage. We are responsible for breaking the rest of them.  But what is the way out for the person who is already there? If they have crossed a certain line, medicine is a must. Over a period of time, if we work with some sadhana in parallel, it could work better; the dependence on the chemical medicine could be lowered.

Above all, each individual is not the same in the body, and even more so in the mind. There is no particular way; it is difficult. If you want to create a healthy atmosphere to take care of such people, it will take a whole lot of infrastructure – both material and human infrastructure.  Unfortunately, I do not think anyone is willing to invest so much material and people towards that.

Some plant-based dietary individuals believe meat causes cancer and destroys the planet. But meat-eaters often argue that giving it up...

This could be the right time for all of us to be responsible in preserving the environment and making mother...

Meatless meals are becoming more popular, according to Stuff, as more people choose vegan, vegetarian, and flexitarian diets and store...

One of the most important element to combat climate change is SOIL. Despite the fact that it is all around us...