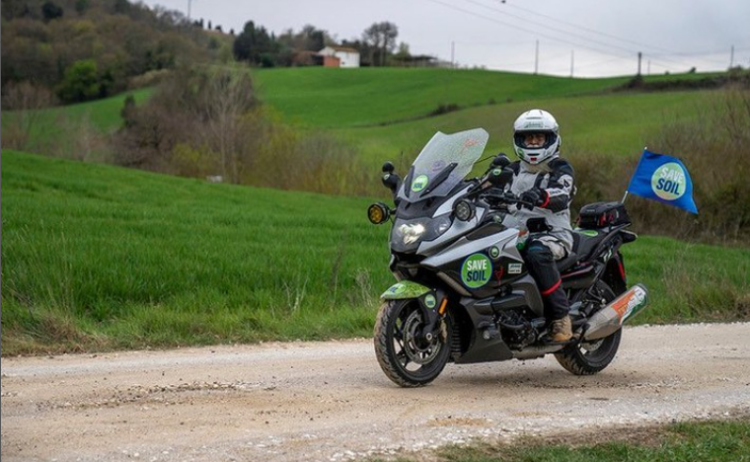 ‘Sadhguru is on the 100 days Save Soil journey riding across 27 nations’: Many of us must have come across these lines about the movement.

While the movement deservingly makes global headlines and receives attention from citizens and governments across the world, what is it like for the man on the bike spearheading this 30,000 km journey?

Visuals coming from Sadhguru’s journey indicate the man is effervescent. Always eager to shake a bit, poke fun around with the kids, and humbly pose for selfies with doting supporters and despite his tedious journey Sadhguru standouts as the most energetic person in the house. Today we take you behind some of the scenes of his journey to what is an exemplary display of commitment and unwavering devotion towards the cause of Save Soil. Riding through different terrains, long hours, never-ending engagements all packed in a day, we understand the challenges of his gargantuan 30,000 km journey. 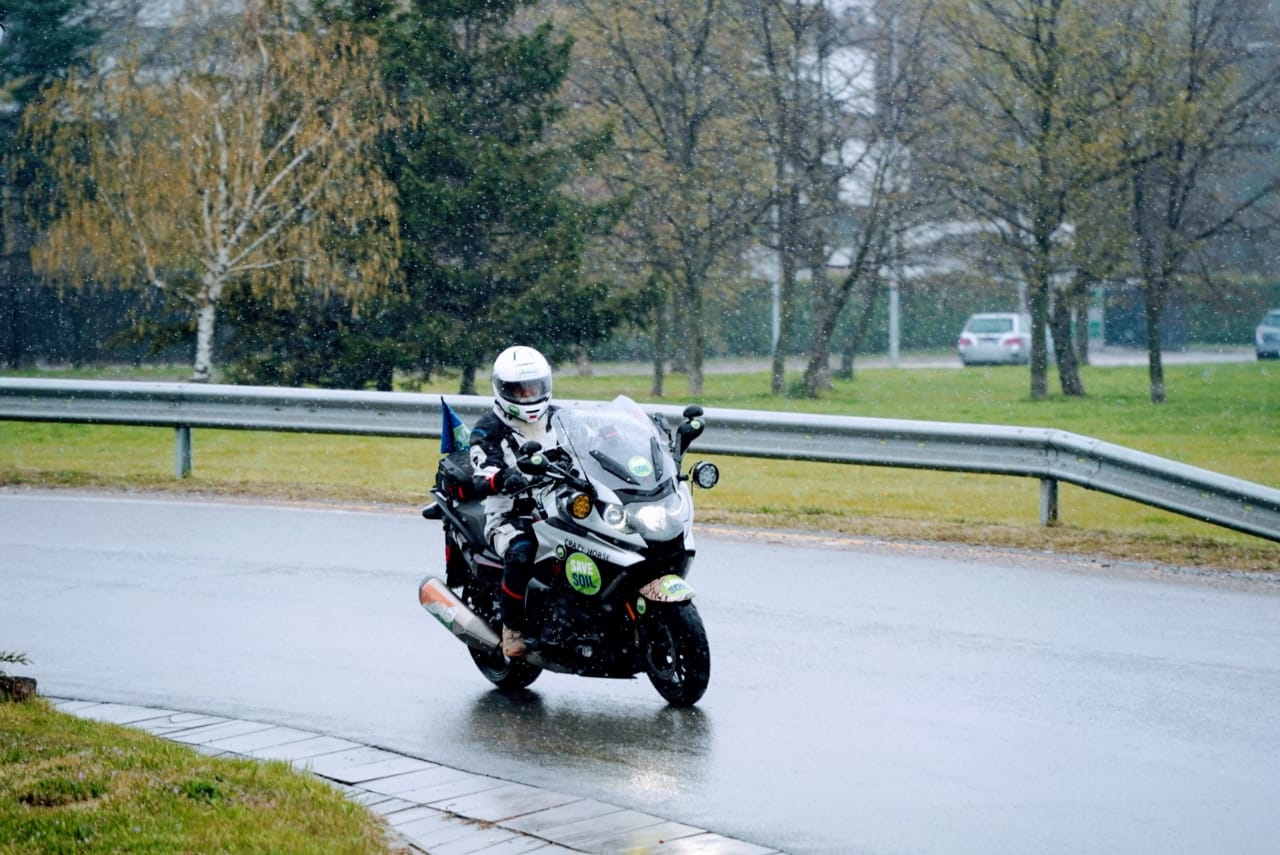 Not a joy ride

Before embarking on his journey, Sadhguru summarised, “I am riding into Northern European winter where its snowing, probably the roads are icy. Being on two wheels on icy roads is not a joke, risky! Then I am coming into Arabia where temperatures are anywhere between 38-40 degrees, I could melt away there like snow. Then I am entering India at the peak of Indian monsoon.”

While the peak monsoon part of his journey is yet to come, the challenges posed by icy roads in Europe and the hot temperatures of Arabia stayed true to his words.

The reminders of Cauvery Calling

The weather is harsh and it’s raining cats and dogs on his way to Rome. Mixed with col, his knees and feet are now exposed to the chilly winds. Riding a nearly 365 kg bike with a lot of torque does not help him much and Sadhguru observes, “Wet roads and motorcycles don’t really like each other much.”

Reminiscing about his Cauvery Calling journey, he says “6 hours of riding in the rain. I thought just now when we took a break, the rain took a break. When I’m about to start, (the rain) on!

This is like Cauvery Calling. (In) Cauvery calling, I start my engine, boom! It rains!”

Staying in one piece

As an expert biker though, the wet roads en route to France pose a daunting challenge. Narrating the challenge, Sadhguru says, “A lot depends on how you throttle and how you brake. Very careful throttling and braking. Just a shade under the speed limit. How you throttle and brake will determine whether you stay in one piece or not.”

The morning on his way from Sofia to Bucharest welcomed him with snow flurry and below zero temperatures. The risk is apparent as the highway is cold and wet. With oil leaks on the highway making it more dangerous, Sadhguru observes, “Water, oil, motorcycle and the cold does not go well. So, ride a bit carefully.”

My arms are falling off

With a jampacked schedule and the endeavour to crisscross from one continent to another, demands long hours of the ride. But how long does he have to endure?

In one such day, Sadhguru rode for 18 hours long. Yes, you read it right! On his way from Romania to Turkey, Sadhguru rode for 18 hours from 8 AM to 2 AM. If the long hours took a toll on his body, the terrain did not spare him either. Overlooking the beautiful mountains, Sadhguru encounters rough roads, and wades through potholes, bumps and an enormous amount of truck traffic. The heavy bike is meant for long journeys and the lack of telescopic suspension that cushions the impact of bumps exacerbates the situation and makes him quip, “My arms are falling off.”

Staying true to his commitment

Riding through these rough terrains does not deter his indomitable spirit to stay true to his commitment of reaching on time. In the past, Sadhguru has stated how he has never been late to any event and Justin Aubuchon narrates one such incident. “Usually we stop 15-20 mins before the event, he would get off his bike and freshen up. But this time, his schedule was so tight because of some accidents and some traffic and the road conditions that-maybe five minutes before the event- he decided he couldn’t stop for a break.” With time ticking, at the traffic stop, Sadhguru hurried to take off his gloves and throw them in the car. Then in the next signal, he took off his jacket, came off his bike and kept it in the car. After reaching the venue, notwithstanding the long journey, he dashed off towards the event stretching his limbs along the way to straightaway start the speech.

The journey to Save Soil is not over yet. Over the next few weeks, Sadhguru will travel across the middle-east before entering India. The journey to save soil which started from 21st March 2022, began in London and Sadhguru has already travelled to Europe. Stay tuned to this section, for more updates on the challenges Sadhguru endures in his endeavor to Save Soil for the current and future generations. 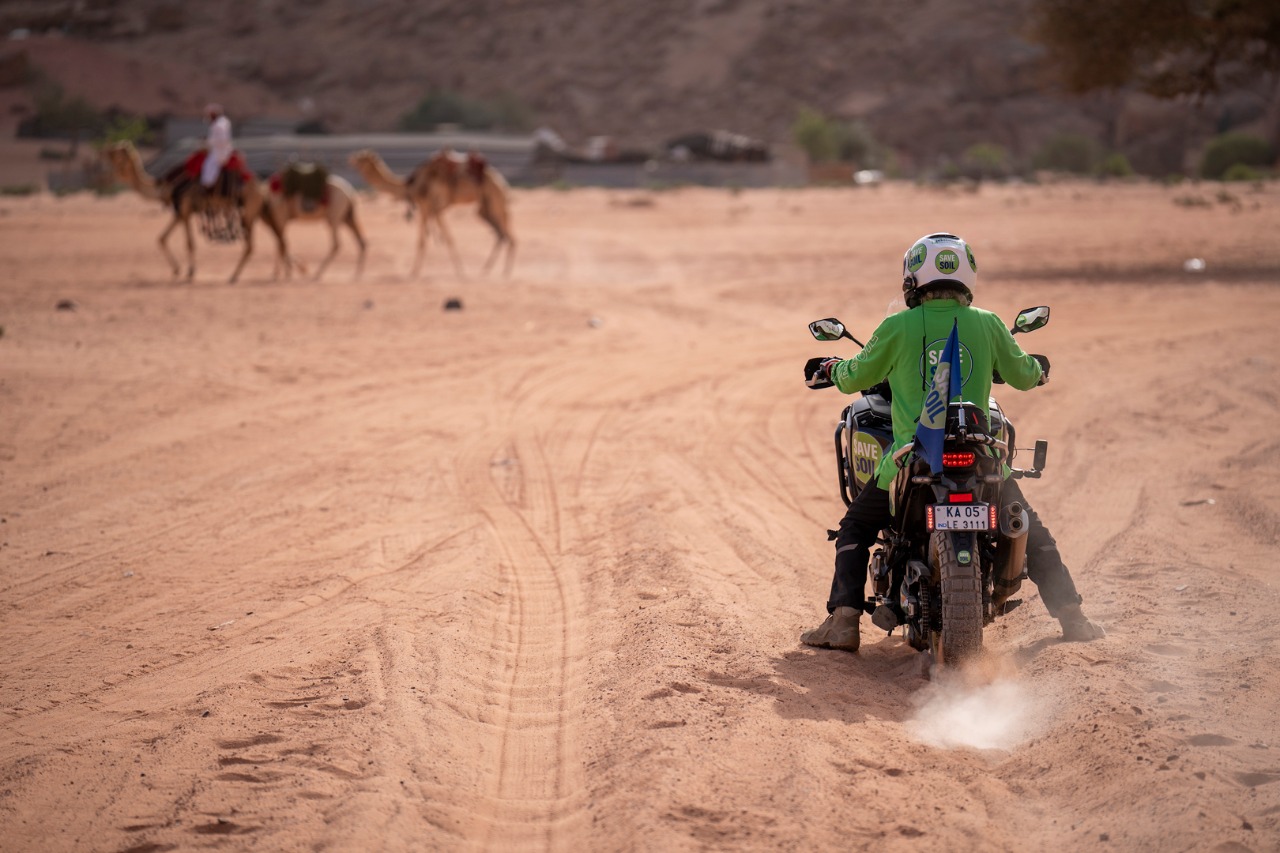 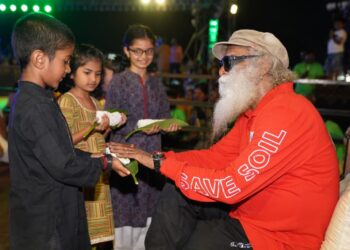 In a roaring welcome from thousands at the iconic Adiyogi in Isha Yoga Center, Sadhguru, Founder-Isha Foundation, culminated his 100-day... 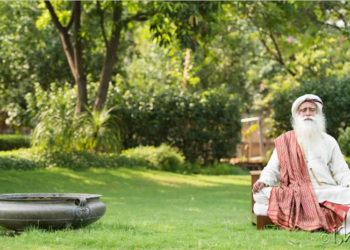 "The only way to experience true wellbeing is to turn inward. This is what yoga means – not up, not... 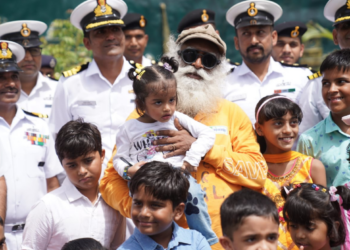 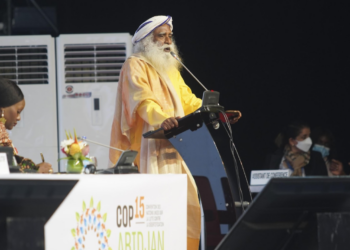