He has garnered thousands of followers and subscribers on his social media accounts, particularly YouTube, for his wacky and yet ‘in your face’ kind of humour that has amused Malaysians for a while now. Apart from his comedy rants and humorous character, this young Youtuber is a good Samaritan too. During the movement control order (MCO) enforced in March, the famous Youtuber has been donating RM150 to families, in an effort to help fellow Malaysians struggling financially under the hashtag, #quaranTEAM project.

This 25-year-old, has helped more than 60 individuals hit hard due to the pandemic and is still actively reaching out to the needy. On 20th October, he launched Phase 2 of his projects, #FromAMother which is a non-governmental organisation (NGO) founded by Arwind’s mother and #quaranTeam.

“I moved my #quaranteam funds to my mother’s project, and that’s when things really began,” Arwind told FMT.

He also announced this collaboration on Facebook, hoping that more families in need of help will contact him for assistance. Over 850 families have benefited from this project and his team are willing to go all out and extend more help to those that truly need a helping hand.

Basic needs, such as groceries and house supplies, are running out for many households. And with financial problems, they are unable to feed themselves or their families. I have also received messages on my Facebook from mothers and single parents asking for support, but I can only do so little with my own savings.

He always says, “Remember guys, it’s not me. It’s us”. Thus, we, from Varnam have come forward in hopes to create more awareness with regards to his benevolent projects, #FromAMother and #quaranTEAM because there are many out there who are in dire need of great help. Let’s be part of Arwind’s act of kindness.

Deepavali is around the corner and we don’t want to see people starving. Deepavali is not only about celebrating the joyous festival of lights, its more to that. Perhaps, we can bring light to the less fortunate too. To quote Arwind, “A little really goes a long way and I hope we are all able to stay safe and healthy”.

If you could, please share this so we may reach out to more people who are in need of financial aid. ❤

For more updates about his charitable work, head to his social media page here. 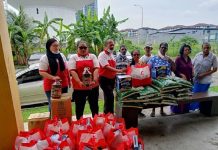 MRC Continues Reaching Out To The Underprivileged, Bringing Them Deepavali Cheer 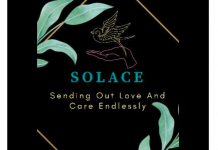 SOLACE, A Team Of Youngsters Helping You Out Of Depression And Anxiety 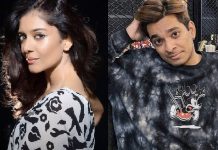 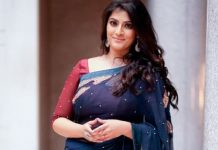