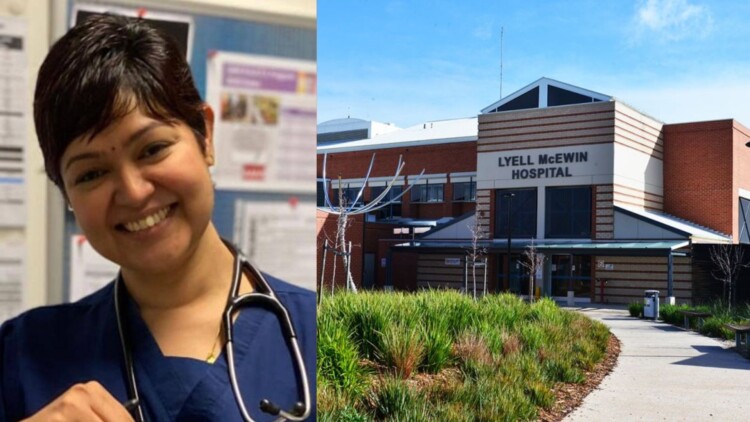 A two-page news report on our Malaysian-born hero, Dr Dharminy with the headline “Humble Doctor Busted Cluster” was reported in the Sunday Mail in Adelaide, while ABC News headline was “South Australia’s coronavirus cluster detected by junior doctor who heard a cough in the emergency department of the hospital.“

Dr. Spurrier said that, if not for the junior doctor, the state might have dealt with “widespread community transmission.”

She graduated from medical school in 2006 and previously worked in hospitals in Penang and Singapore before moving to Adelaide last year. Furthermore, she has not seen her husband who works in a Singapore hospital, and her two sons since the international borders were closed in March due to the pandemic.

She was honoured to receive global recognition for doing her work.

“I’m just a doctor in the emergency department who’s trying to do my best for every patient I’m treating,” said Dr. Dharminy at the Playford Adelaide medi-hotel, where she is being quarantined with 90 other staff members and patients.

As for the hero part, I think every frontline worker is a hero during the pandemic.

She said the woman’s cough triggered a suspicious “alarm bell” and thought, “They are not getting away without a swab,” and she went forward and performed a swab test on the woman.

“If we hadn’t done the test, we would have found this out in two or three weeks later, and by then we would have had widespread community transmission,” said Dr. Spurrier.

Dr. Dharminy said that credit should go to the hospital’s senior consultants and staff who have shown their dedication in patiently guiding and teaching junior doctors like herself.

“They also advise us to monitor patients and pick up on subtle symptoms that patients don’t display or may believe are insignificant, and that is what I did the night (13th November 2020). I was honestly just trying to do my job as best as I could.” she said.

Dr. Dharminy is currently in a medi-hotel after being in close contact with a coronavirus patient.

The doctor had acted quickly by taking an elderly patient’s cough seriously when she was on duty at Lyell McEwin Hospital in Adelaide’s northern suburbs on 20th November. The woman had Covid-19, and it was later discovered that the virus had spread to 25 of her family members and their nearby ties.

Both the woman and her husband, also in their 80s, had contracted the disease from their daughter, the cluster source who works as a cleaner in the cluster epicentre, the Peppers Waymouth Hotel.

Besides feeling sick with a sore throat and a runny nose, Dr. Dharminy Tested negative for the virus.

Keep up the great work doc! Had you not taken the elderly woman’s cough seriously, Adelaide might have been attacked by a second wave of Covid-19.