Ratnasothy, a resident of Bangsar’s Jalan Abdullah is worried sick of jeorpardising the soil and solid foundations of her home should a planned 32-story apartment building be developed on three plots of land. Her home which was built in 1939, is situated directly across the street from one of the plots.

Jalan Abdullah is home to some of Bangsar’s oldest known living residential properties. The majority of the houses, mainly bungalows and semi-detached homes, were built around 1929 and 1940.

The main concern pleaded by the elderly woman is the harm and damage that shall be caused by the new development, to the other few decade-old homes present around the plot.

Ratnasothy is perplexed as to why DBKL Has accepted a 32-story tower after rejecting plans for 13- and eight-story residential developments more than 15 years ago.

Residents learned in early 2019 that the area had been envisaged from “residential” to “major commercial” under the Kuala Lumpur City Plan 2020. Residents and the Save KL Coalition (SKL) organised a press conference in February last year to voice their opposition to the project.

They said that they had not been notified until the proposal was made. Though there have been few reports from the Kuala Lumpur City Council (DBKL) on the matter, Ratnasothy recently received a letter from the developer telling her that the development had been authorised and approved.

This left her overwhelmed with disappointment and dismal that her home for 80 years is at stake!

I’ve been staying in this house for the past 80 years. I’m 88 now,” said Ratnasothy Kandiah, tears welling up in her eyes. I’m never leaving. I will leave for heaven from this house.

She raised fear on how such a massive construction would harm the surrounding dwellings, fearing that cracks would emerge as piling work begins because these homes had been there for too long.

Ratsothy said that the roads in the area were already congested and that a high-density development would exacerbate the situation.

Her son Dr. Suresh Kanagalingam further expressed that, considering the fact that Jalan Abdullah had been turned into a commercial district, constructing a 32-story tower did not seem appropriate because the plot ratio would still be greater than what had been gazetted.

SKL chairman M Ali stated that the project was patently absurd because Jalan Abdullah was a “very fragile and delicate” location and that moving forward would undoubtedly have an impact on the community.

Another local, T Ksharmini, said the place had low water pressure, which caused trouble for the Fire and Rescue Department as it tried to put out three fires in the past.

Ksharmini, who has represented the citizens in their negotiations with SKL, explained that the area already has a natural waterway, with recent construction causing retaining walls to collapse in the past. She mentioned that citizens had discussed legal action but had yet to take it up formally. 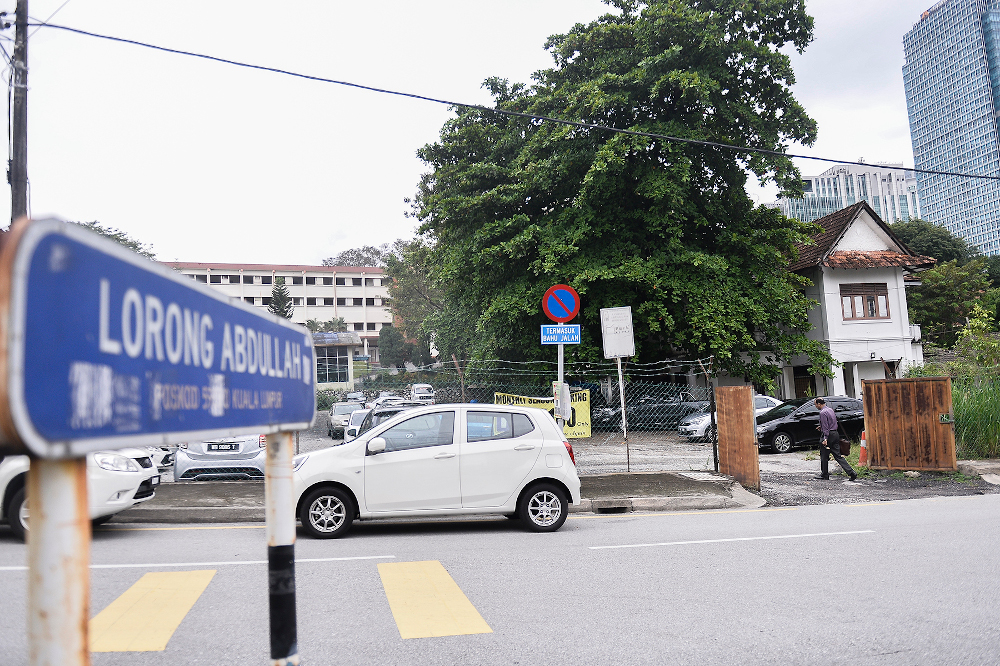 Jalan Abdullah residents and authorities of SKL are in dire hope that KL mayor, Mahadi Che Ngah, will step in and make considerate decisions pertaining to the unsolved grouse raised by long-time residents.

Malaysia, which has a diverse range of cultural cuisines such as Malay, Chinese, Indian and not forgetting the scrumptious East...