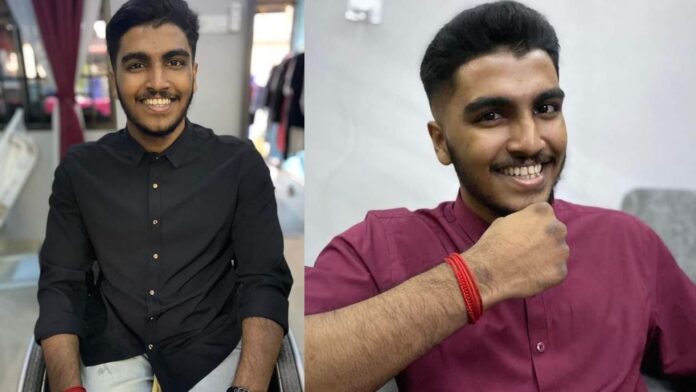 Stephen Hawking, the physicist and cosmologist, is the first person who comes to mind when I think of mobility disability. That man with Einstein’s brain is no less than any human.

In fact, he proved that disability has nothing to do with a person’s ability to achieve their goals.

Similarly, Nirusan, who is from Johor Bahru, is a firm believer who asserts that “effort” is the only factor that determines success. His tragic and sad story begins at 18.

He was just a teenager who had completed his Sijil Pelajaran Malaysia (SPM) when he was involved in a terrible accident while riding his bike home from work.

After that, all he remembered was waking up to a lengthy report stating that he had a right periorbital hematoma with fractures of the right zygomatic arch, anterior and lateral walls of the right orbit, and abrasion wounds on his right hand, left arm, and bilateral knees.

T3 and T4 fractures and dislocations with thoracic cord transection are present, alongside bilateral lung contusion and haemothorax.

They stated that he is paraplegic, which means he will have limited mobility and will require the use of a wheelchair to move around. In that case, most of us would have given up and been very defeated.

The 20-year-old, on the other hand, got back strong. He thinks that his disability does not prevent him from achieving his goals. He currently runs an online business and states,

I believe in myself and constantly strive to be the best version of myself by being confident. Without a doubt, I do not believe on giving up in life. Every human being in this world has the potential to prosper if they put in 100 percent of their effort, which is what I am doing right now.

Giving up should never be an option, no matter what kind of problem one is facing. Face it and fight it because learning to be patient is important since good things take time.

He was also grateful and thanked Dr. Mazwar, a Spinal Cord doctor who performed his surgery flawlessly.

In a write up at Yoo Can Do Anything, he said;

However, after the surgery, I experienced the loss of bowel movements and carried a catheter. I started my physiotherapy, I trained and got my body back into shape. I even started to stand up. It was very difficult for me but, I have made it as well.

Nirusan is now attending an OKU driving school and will be taking his driving test fast. Very soon, he will begin driving a car as well. He is thankful and grateful to his family, friends and fiancé for their unwavering support.

It’s incredible to see how goal-oriented and optimistic he is now after hearing this story. We will undoubtedly see things in our lives in a very positive light if we try to put in at least half of his effort and motivation.