Dr. M.K. Rajakumar, the former president of the Malaysian Medical Association (MMA), was known for his passion for social justice, democracy, and political freedom. He left an enduring trace of his adventurous life at every stage. While studying medicine at University Malaya, he co-founded University Socialist Club and was charged with sedition for an editorial condemning Western imperialism and violence in Asia.

Being a socialist leader and medical practitioner, in 1960 he established the Labour Party and Barisan Socialist alongside the late Tan Sri Dr. Tan Chee Koon, V. David, Ishak Haji Muhammad (better known as Pak Sako), and Karam Singh. On the other hand, he was also prominent in the Malaya-Singapore debate and eventually rose to become one of the Labour Party of Malaya’s top leaders until the party was deregistered in 1972.

Rajakumar returned to his medical career in the early 1970s, and his major concern was to fight for reasonable healthcare treatments, spearheading a historic and in-depth study of the Malaysian healthcare system by the local medical organisation. He was also in charge of forming MMA’s ‘Malaysian Physicians for the Prevention of Nuclear War’ (MPPNW).

As the “Father of Primary Health Care,” he established the Malaysian Academy of Primary Health Care Physicians. The World Organisation of Family Doctors (WONCA) acknowledged his outstanding contributions to primary health care by establishing the ‘Rajakumar Movement’ in 2008. The purpose of establishing such a movement was to foster mentoring between current and future leaders in family medicine in the Asia Pacific region and allowing them to further explore the depths of family medicine.

While being appointed as the President of the Malaysian Medical Association from 1979 till 1980, he had made astounding medical achievements.

Despite his enormous accomplishments, Dr. MK Rajakumar was a modest man; as his dear friend Jomo Kwame Sundaram so well put it, he was “an unsung hero.”

This is a legacy that we should ponder upon and perhaps replicate. In order to remember his contributions and legacy, Tan Pek Leng, a good friend of the late doctor penned and launched a book entitled “An Uncommon Hero: M. K. Rajakumar in Politics and Medicine.” 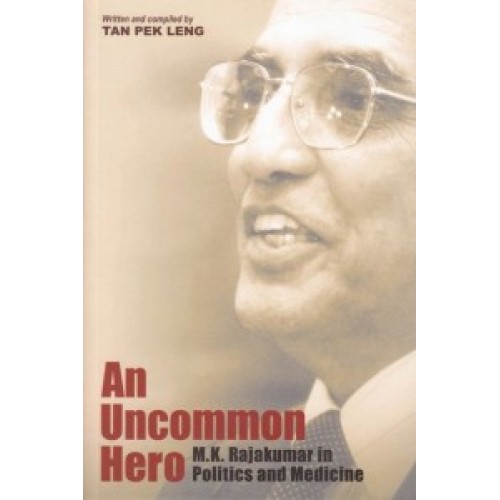 Rajakumar succumbed on 22 November 2008 due to pneumonia, a complication to heart and lung ailments at the age of 76.

The purpose of human life is to serve and to showcase compassion and a desire to assist others. And this...

This year's World Blood Donor Day slogan is "Give blood and keep the world beating," and it aims to raise...

Sometimes you don’t need a cape to flaunt your heroism. Just a small act of kindness would do the job...

In a blink of an eye, this pandemic has upturned our “normal life” especially on all the things we are...