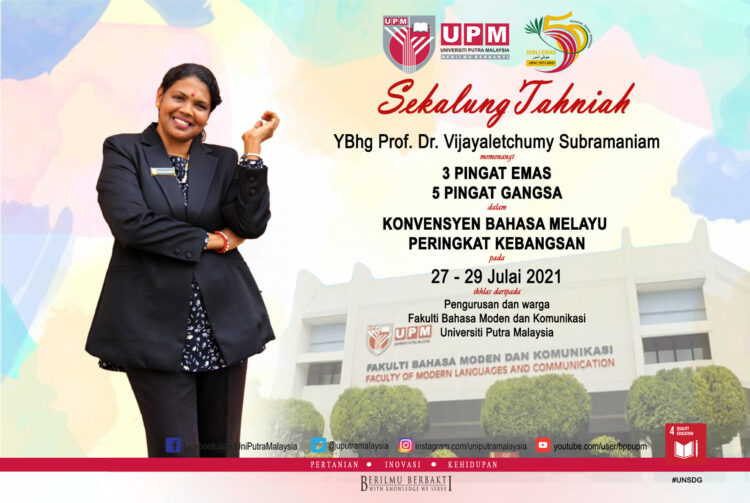 Last month, from the 27th to the 29th, there was a national Malay language convention. It was called the ‘Konvensyen Bahasa Melayu Peringkat Kebangsaan,’ and an Indian professor from Universiti Putra Malaysia (UPM), Prof Dr. Vijayaletchumy Subramaniam, managed to win three gold medals and five bronze medals.

This happy news was announced on the official Facebook page of Fakulti Bahasa Moden Dan Komunikasi UPM. The comment box, on the other hand, was flooded with appreciation and recognition for her talent. In the spirit of recognition, here are a few facts about the woman who received those medals. Vijayaletchumy earned a Degree in Malay Language and Linguistics from UPM in 1998. Later, she pursued her postgraduate studies, earning a Masters in Malay Language in Computer Science (2000) and a Doctor of Philosophy (PhD) in the same field in 2004. She later worked as a Professor in the Department of English, Faculty of Modern Languages and Communication, UPM. 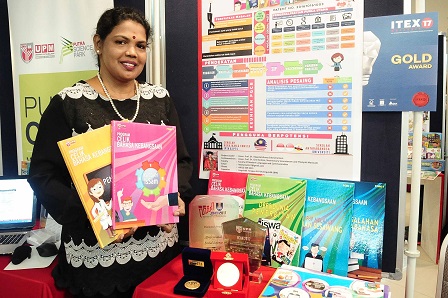 She has contributed immensely through her linguistic knowledge in a variety of ways, including the publication of nearly ten books that help children better understand the language, with a few of her books primarily aimed at children with dyslexia. If you are unfamiliar with the term, dyslexia is a learning disorder characterised by difficulties identifying speech sounds and learning how they relate to letters and words. She has also spoken at numerous conferences and seminars and written a number of articles. 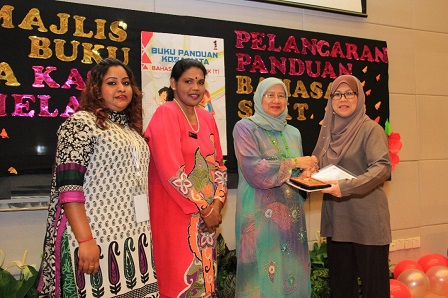 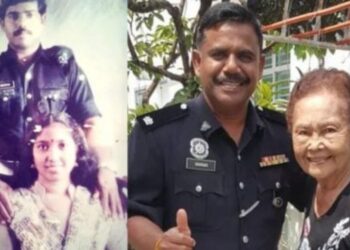