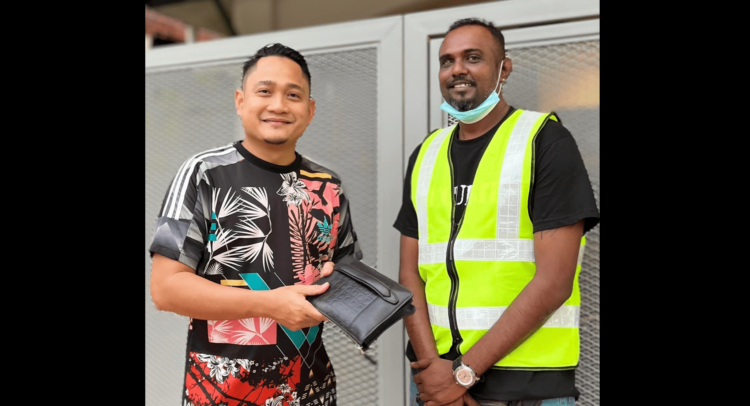 Leaving your belongings at public places is probably enough to set us on a search frenzy.

Well, who says humanity doesn’t exist in the current era?

To be honest, the answers lies within each of us!

On Saturday (5th March) IDr Lokman Hakim who misplaced his clutch bag in Caltex, took to his Facebook page by writing a long post to express his gratitude to the kind soul known as Mr Punithen.

Lokman stated that he had misplaced his clutch bag at the Shah Alam Caltex at night (4th March). To make matters worse, he only realised his bag was missing when he was about to purchase food at the nearest MCD. By the time, he rushed back to the petrol station, it had already closed. Having mixed feelings about his carelessness, he went back home with the hope of getting back his clutch bag the following day.

To his delight, Punithen who works as a newspaper delivery man was standing outside his house the next day while holding his clutch bag. Everything was intact!

Asking about how he managed to trace Lokman’s address, Punithen said that he found his Identity Card (IC) in the bag. Hence, he willingly made a detour around Shah Alam just to search for his house to return his clutch bag.

The kind act of the good Samaritan resulted in a sheer amount of positive vibes flooding in the comments section. Check out some of the comments below: 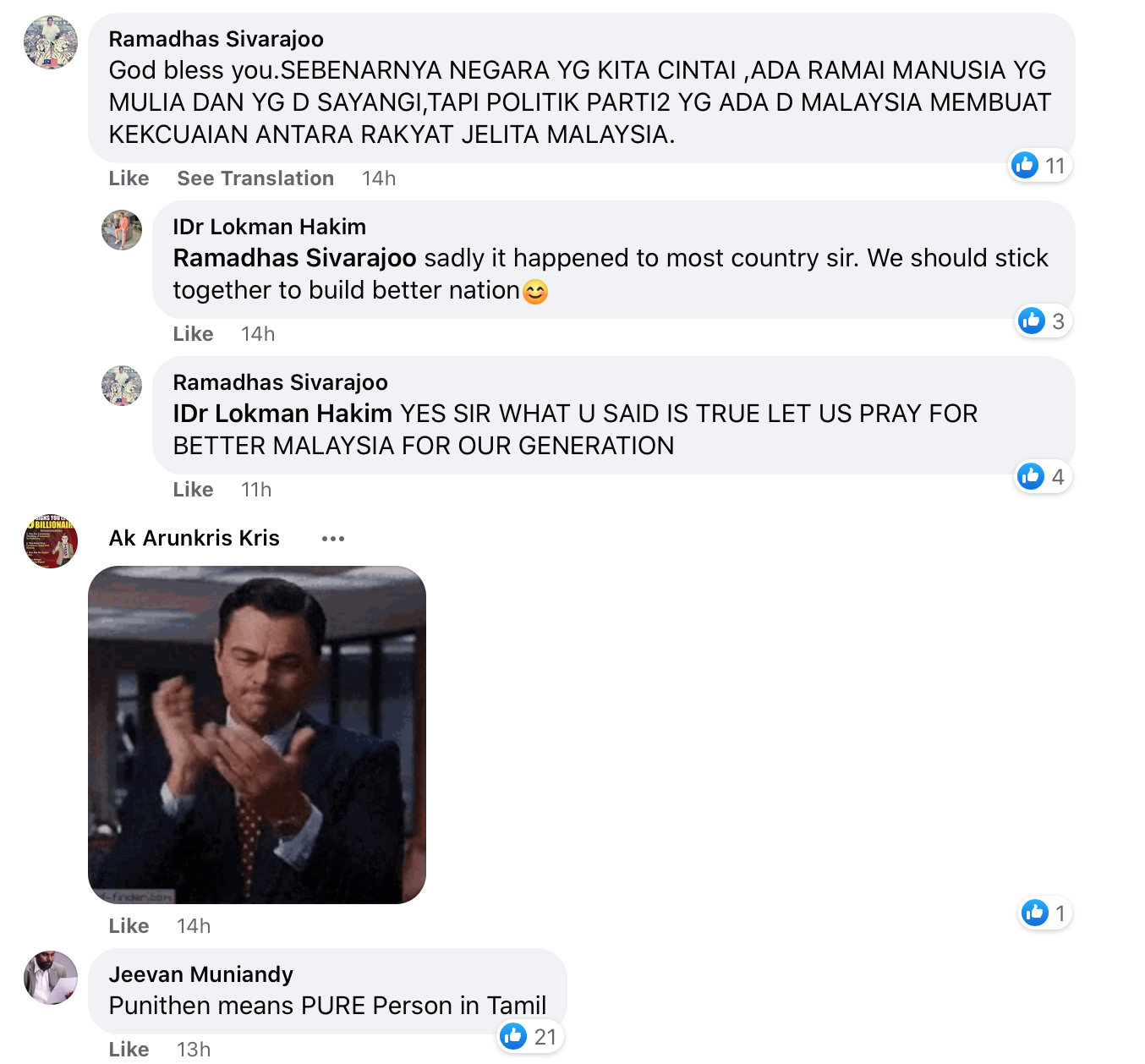 It’s not everyday that we get to meet such a selfless soul and especially amid the pandemic crisis. Punithen is indeed one-of-a-kind!