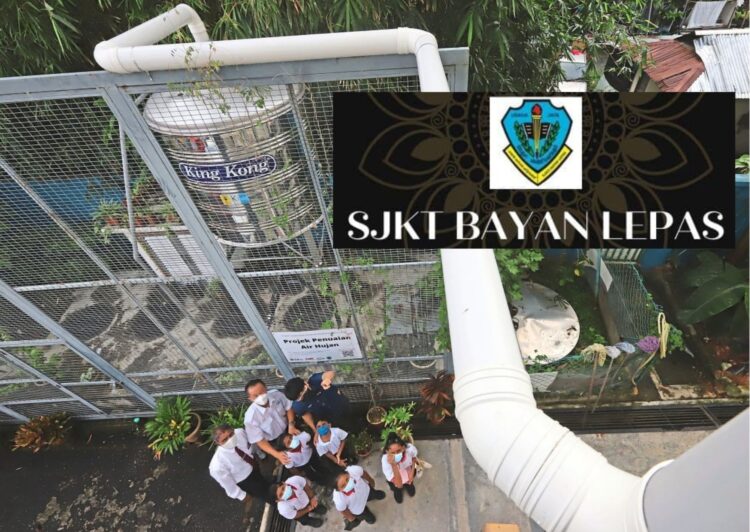 Yes, as we all know our planet ‘Earth’ is suffering from numerous problems like pollution, deforestation, global warming, climatic changes and much more. Huge kudos to many people out there who help to combat these issues by implying ‘Go Green’ to help nature flourish and prosper.

On that note, meet a school in Penang who has initiated a good cause to help preserve the environment.

Pupils from SJK (T) Bayan Lepas are reaping the usefulness of rainwater harvesting. Staff and students are not only conserving resources to protect the environment, but the school has also successfully decreased its water cost.

The initiative which began in July 2021, is touted as the first in the state to carry out a rainwater harvesting project completed at the end of March. For this great initiative, the rainwater is collected in tanks and diverted to taps and toilets.

He also indicated that rainwater harvesting might be applied in other Penang schools and that they will present their findings to the authorities so that other schools can embrace the initiative.

USM School of Humanities senior lecturer and Penang Water Watch vice-president Dr Tan Mou Leong said four tanks, which could hold a total of 150,600 litres of water, were built to harvest the rainwater to be used in the school’s canteen, garden and washing areas.

Sangga Sinnayah, the headmaster of SJK (T), who is a Star Foundation Golden Heart recipient and a staunch defender of sustainable living said he was grateful that the school was chosen for the project since he believes in conserving water by utilising alternative sources.

SJK (T) Bayan Lepas received the SEAMEO-Japan ESD Award in 2021 for another environmental initiative involving the production of cotton bags. Sangga received an RM5,000 reward from Star Foundation in 2020, which was used to support the project.

The best way for everyone to ensure that the earth fully recovers in the future is to ensure that kids are taught how to be environmentally responsible. Let us join hands to tackle these problems, and let us hope that we will be successful in making our planet a healthy and safe place to live.