Making History; Meet Vel Manoharan, The Malaysian Crooner Who Was Recently Called To The UK Bar

From Malaysia to England!

History was made on 26th May (Thursday), when a fabulous singer and music producer in Malaysia, Vel Manoharan was called to the Bar of England and Wales recently. The brilliant man from a humble family background is beyond a doubt someone young people can look up to.

Armed with this honourable title, Vel embarked upon chasing his lifelong dream and fulfill the wish of his late father. Despite having an emotional moment, the young lad persisted in order to make his dream become a reality.

Vel has shared this happy news via his social media platforms. Check out his post below:

Let’s take a look at the glimpse of Call to the Bar. The young lad has made the transition of impossible to possible by working his way up to the big world of advocacy.

According to the United Kingdom’s Bar Council official website, the independent, practising Bar of England and Wales has approximately 16,500 members and plays a vital role in sustaining the principles of government accountability under law and legal rights vindication through the courts.

Having said that, barristers are specialised legal consultants and courtroom advocates. They are independent, objective and trained to advise clients on the strengths and weaknesses of their case. A high proportion of civil cases are settled out of court, and instructing a barrister greatly strengthens the client’s hand at negotiation. Even at a trial, whether in a civil or criminal court, a well-argued case and good cross-examination will impress a judge and, if relevant, a jury.

Congratulations Vel, May you soar to even greater heights! 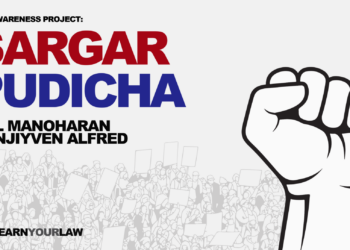 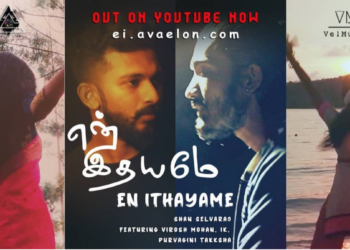 With a good visual as the song itself, IK's recent album entitled En Ithayame is a smooth-voiced ballad that is...