Home Culture The Most Instagrammable Historic Sites In KL To Visit This Hari Malaysia!
ADVERTISEMENT
ShareTweetWhatsapp

Hari Malaysia marked on 16th September, celebrates the formation of the Malaysia federation in 1963. This historical event took place when Sabah and Sarawak were merged together to form and complete Malaysia.

Thus, the day comes as a public holiday for fellow Malaysians to remember this very special event signifying the unification of the country. Here are 5 most Instagrammable historic sites for you to visit this public holiday to reminiscence some of Malaysia’s beautiful picture-worthy spots!

This place is a gorgeous site to visit during both day and night. The Sultan Abdul Samad Building was designed in the late 19th century to house the offices of the British colonial government. It is solely made of native brick looking upon the Dataran Merdeka majestically. 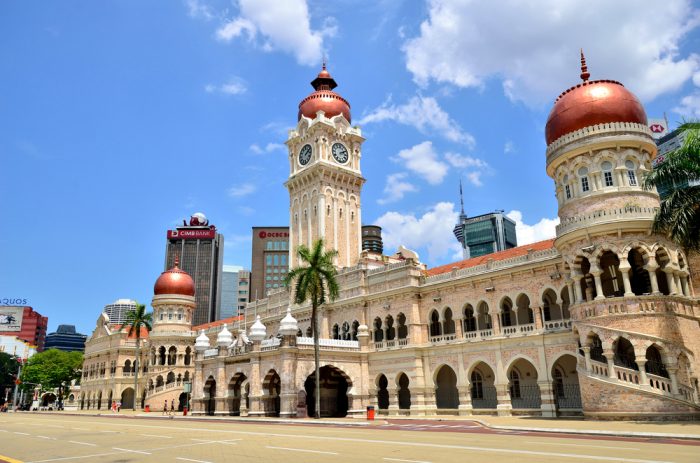 The building was redesigned to emulate the Neo-Mughal (originating from India) theme that is evident today. The monumental structure is easily spotted with its vivid copper dome and 41-meter (134-foot-tall) clock tower housing a one-tone bell that rings every 30 minutes. 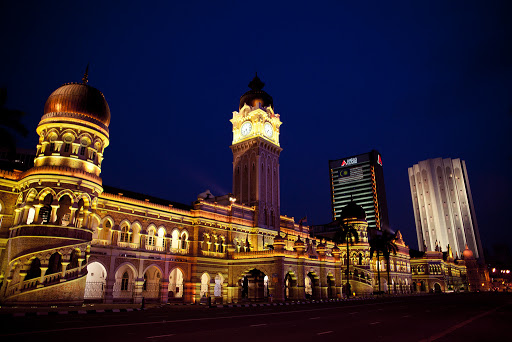 Who would have ever thought there will be a museum open for the public at our very own National Bank, but yes! We do, and this comes with many must visit elements with it. In this historic museum, there is a tunnel build entirely of the Malaysian ringgit which amounts to RM100,0000 million. This tunnel consists of all our notes used from the golden years to the present time which sums up to a million Ringgit. 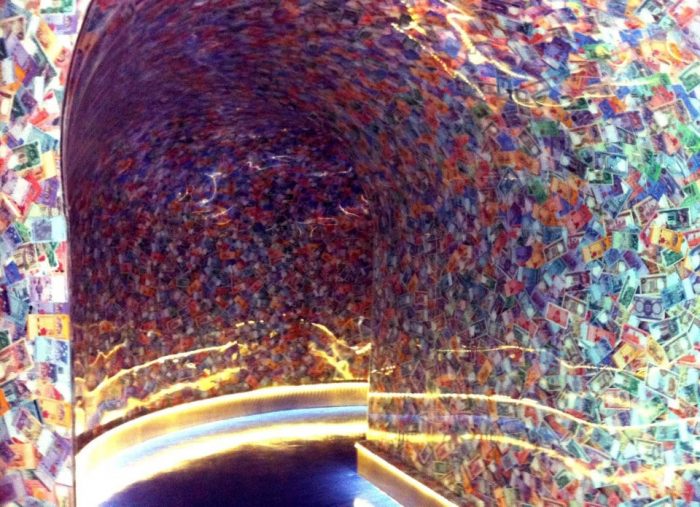 This site was build in 2011 replacing the former Bank Negara Money Museum. This building consist of 4 floors with spacious and remarkable art galleries to visit. The segments describes Bank Negara ‘s past and present position as central bank of Malaysia with a huge newspaper cutting of Malaysia’s economy from Independence day in 1957 to date. This station holds a very special place in the hearts of every Malaysian because it was the first ever railway station built in Kuala Lumpur and is still the main rail operator. It was opened in the year 1886, built only with nipah (palm roof) and wood. The station was then reconstructed in 1910, by the British costing RM 24,000 of our money back in the day. 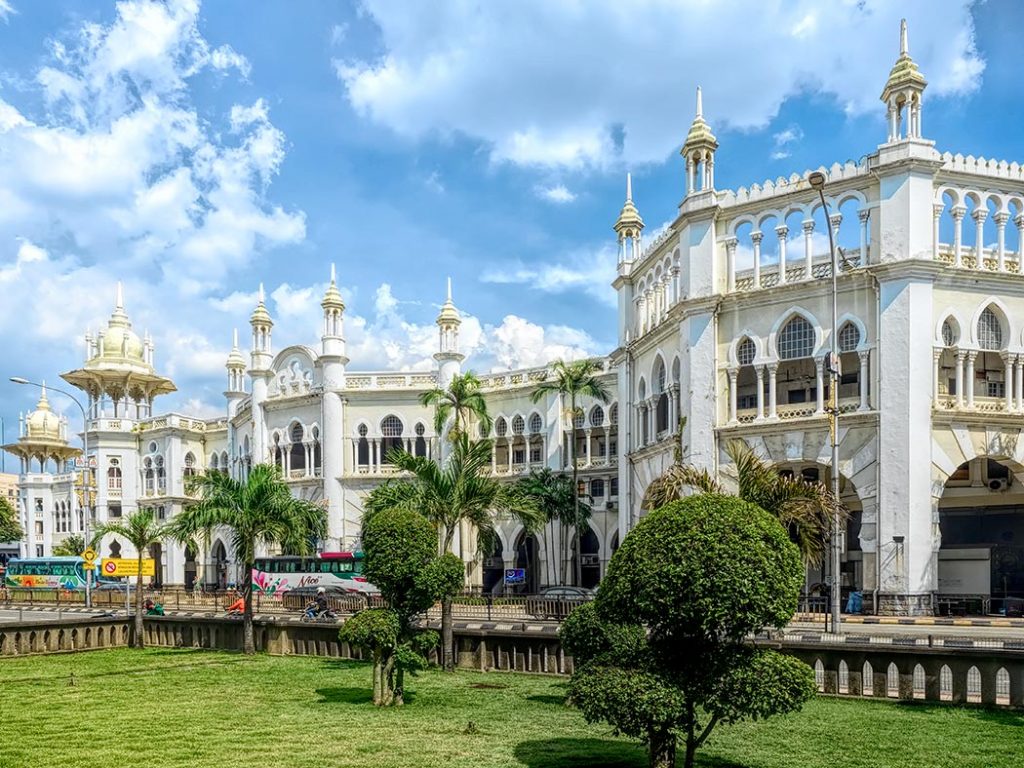 The architecture of the station is almost similar to the main railway station in Chennai, India. The station is a huge landmark in the heart of KL due to its enormous structure and design, embracing a combination of eastern and western (colonial) style and interior. The station still operates and runs today as the head quarters of (Keretaapi Tanah Melayu) KTM Malaysia. This Kuala Lumpur river is situated here, in the middle of KL’s CBD (Central Business District) which has been refurbished as a mystical river site to visit at night with enticing beautiful colours giving you a magical experience. 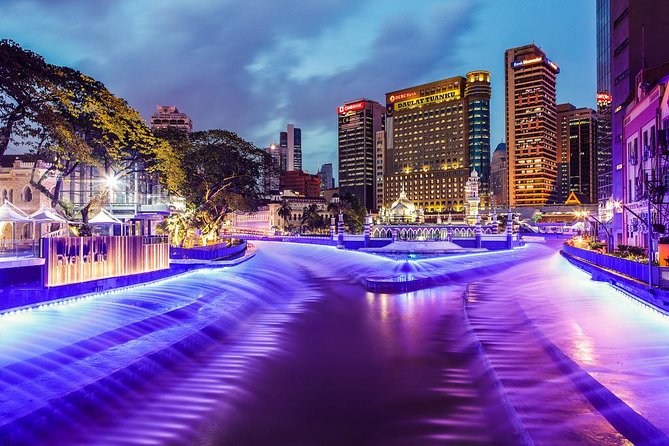 This place has also earned a name as the World’s Top 10 Best Waterfronts! The river that surrounds the Masjid Jamek mosque, KL’s oldest mosque and the Sultan Abdul Samad building, was part of the River of Life initiative incepted in 2012, by the former government. 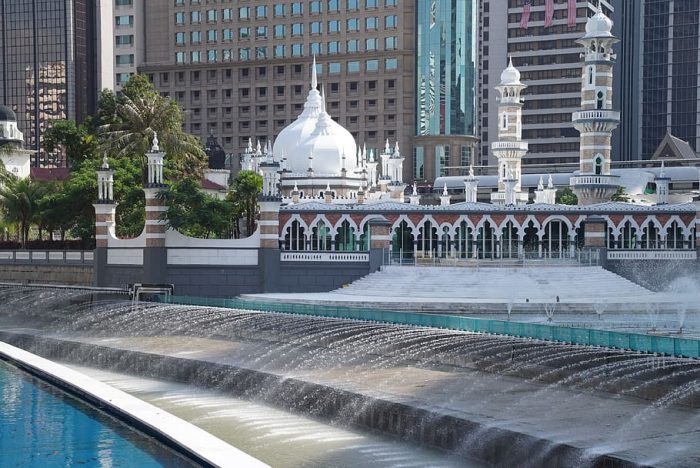 So, what are you waiting for? Grab your phone and Instagram away!

Team Varnam wishes all of you a Selamat Hari Malaysia!