This has been one of the greatest looking Hindu temples in Malaysia, and as its popularity spreads across to everyone in the years to come, it is particularly a prominent tourist attraction.

Bukit Rotan is a settlement situated on the outskirts of Kuala Selangor, in a secluded area of Selangor.

The Temple of Sri Shakti Dhevasthanam in Bukit Rotan is designed solely in full compliance with holy scrolls such as the Sastras of the Vedas, Agamas and Sirpa; architectural design.

As an absolutely brilliant representation of Hindu Sirpa Sastras, it is widely recognised by everyone from all over the world . As per Hindu Agamas, this holy site also includes frameworks that encompass a perfect Amman Temple.

It took almost four intricate years to build the temple, presumably costing up to RM12 million and the craftsmen were all brought down from India, to work on the project. In May 2013, the temple was fully ordained and completed for devotees to visit.

There are perfectly sculpted palisade walls and an intricately carved five-tiered gopuram entrance tower at the Sri Shakti Temple.

The temple’s most unique features are the 51 Shakti statues resembling the 51 “Shakti Peedam”along the inner corridor of the temple, depicts the places of worship of the goddess Shakti, based in various places in the Indian subcontinent.

The goddess Shakti, who was the consort of Lord Shiva, incinerated herself, according to Hindu mythology.

Thus, Lord Shiva collected her body remains and danced an angry dance splitting the corpse and jewels of Shakti to bits and pieces that fell to the ground at 51 locations in the sub-continent, 44 in modern-day India, one in Bangladesh, three in Nepal, one in Pakistan, one in Tibet and one in Sri Lanka.

All 51 of these holy sites were visited by two prodigious Hindu sages who assembled soil and chakra plates made of five metals from the locations and took them back to Malaysia to be placed in this temple.

Thus, the only place on the whole planet where all elements from the 51 pieces can be found in a single spot is here At Sri Shakthi Temple.

This temple, stands majestically tall with pride on the borders of Bukit Rotan and is very much visible even from the highways. The temple is a must visit place for all Malaysians to worship and pay their pilgrimage obtaining the purest of blessings. 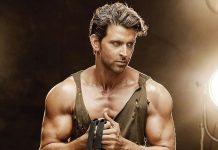