The Tamil language goes down in history as one of the oldest classical languages to date. There’s no doubt in the beauty of the language and its rich cultural heritage. In India, Tamil is the official language in the state of Tamil Nadu, and at the same time spoken widely in other South Indian states in the country, among them Kerala, Karnataka and Andhra Pradesh and in South East Asia among the Tamil community in Malaysia and Singapore.

Tamil (தமிழ்) is acknowledged as one of the world’s oldest living classical languages. It is the only ancient language to endure all the way to the realm of modernity. Tamil is also part of the Dravidian family, which consists of several native South and Eastern Indian languages. It has been discovered that Tamil inscriptions began from the 3rd century. 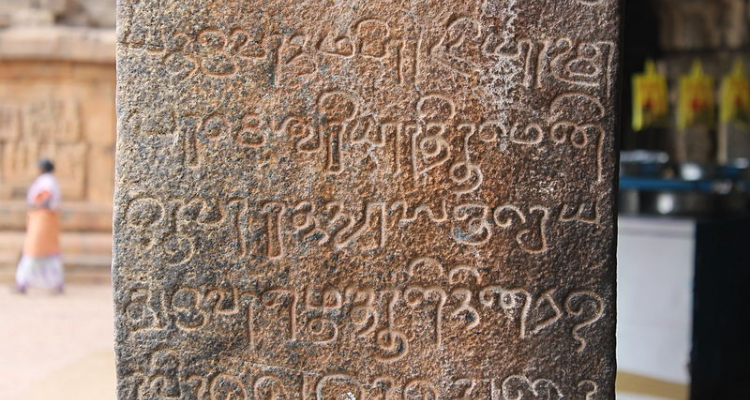 The precise number of languages in the world cannot be addressed. About 10,000 years ago the idea of languages arose and it altered the direction of mankind. It is the use of languages that has contributed to the advancement of the human race, bringing us to where we are now. While the origin of the first-ever language is widely debated in the world, some of the world’s oldest languages are revealed in some ancient scriptures and cave carvings.

The debate about whether the oldest language is Sanskrit or Tamil has been going on for years. It is true, however that Tamil has been greatly influenced by Sanskrit in terms of vocabulary, syntax and literary styles, along with other Dravidian languages.

Even about 5,000 years ago, this language had a presence. According to a survey, only 1863 newspapers are written every day in the Tamil language. In Singapore and Sri Lanka, Tamil is a national language and is acknowledged as a minority language in South Africa, Malaysia and Mauritius as well.

The history of the Indian language is also split into three primary phases:

The oldest version of Sanskrit, dated roughly around 1500 BC, is Vedic Sanskrit, the language used in the Vedas, the sacred Hindu scriptures. A later version of the language was the language of literary and technical works, classical Sanskrit (from around 500 BC). It is still widely studied and functions as a sacred and learned language in India today.

In 2004, Tamil was deemed as a classical language by The United Nations Educational, Scientific and Cultural Organization (UNESCO) which was based on certain parameters. The first language mentioned was Tamil. The criterion for the requirements was based on antiquity, a rich and complex ancient text and original literary tradition.

Don’t let a forgotten history slide through you! The origins of the Tamil language is remarkable and must be cherished for generations to come.