Malaya (during British colonial period) was home to one of the largest Indian population in the colonial public services and in private plantations. Most Indians, comprising of South Indians from India were brought into Malaya after they had met the labour force requirements by the British.

Present day, the country’s Indian population made up of a large elite class and a lower income group, is noteworthy for its class stratification.

In addition, Malaysian Indians are strongly known for their greater contribution to Malaysian history and development. But how many of you are actually aware that the first Asian banker during British colonial history was an Indian, from Malaya?

Sadly, its disheartening to know that BastianPillai Paul Nicholas who played an important role in the Malaysian banking history remains unknown.

Who is BastianPillai Paul Nicholas ?

The predominant reason for the use of the original name was that the British banks were unhappy since it would have seemed to lift the bank ‘s status as the “Bank of Malaya” to that of a Reserve bank in the eyes of some people and may have helped attract business, not only from the Tamil community but also from some existing local businessmen.

BastianPillai from his humble beginnings became an accountant of the bank’s Penang branch. With hard work and a good reputation, he gradually built up his business and later introduced Edwin, his eldest son to learn the business starting at a very junior position in the company. 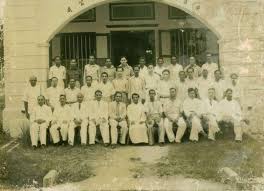 The company’s main operation was the handling of remittances by members of the expatriate Ceylon Tamil group of the time employed in clerical and administrative roles in government and commercial establishments, who wanted to return money to their families in Jaffna, Ceylon (Sri Lanka) on a regular basis. With reliability and friendship, he won their confidence and encouragement and they gave the bank their firm and solid encouragement in exchange.

Today, there is not a single bank in the country which is owned by an Indian. Thus, calls by various non-governmental organisations (NGOs) to implement all ATM machines with Tamil language have gone to deaf ears. However, the battle to add Tamil language to the ATM machine continues in Malaysia 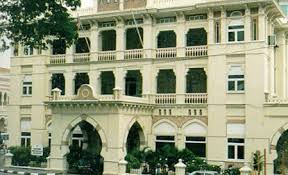 Both the British and Malayans of various races in the country valued BP Nicholas highly. This is the reason why his name was listed in the illustrious Who’s Who compendium.

During the Colonial reign, for an Indian to be granted a prestigious nine-line mention reaffirmed that even the British establishment considered him an outstanding individual to be remembered and respected for his accomplishments and services.

His brave entrepreneurial spirit has also inspired his future generation in Malaysia, the United Kingdom, Canada and Australia, to forge burgeoning professional careers.

Its high time for us to remember this man and the great contributions he has made in our banking industry.