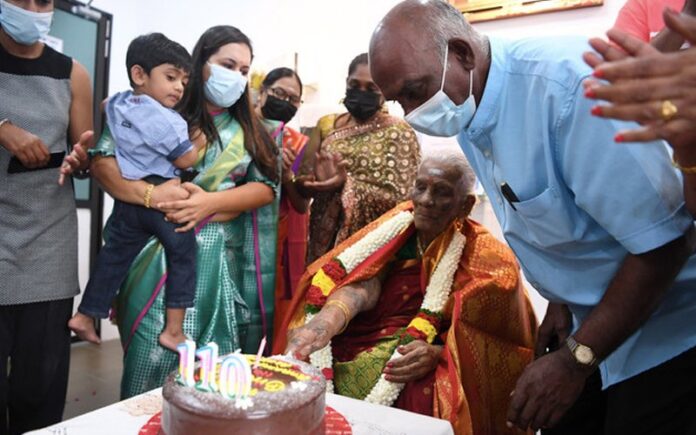 Yes, she reached the crest of her 110th, with her mind as bright as ever!

Let’s take a glimpse into the life of the oldest living woman, whose knowledge is rarely acknowledged.

Fondly known as Patti Annamah, she has been recognised as a specialist healer retaining higher levels of knowledge in traditional herbs and their uses as well as preparation. Currently, Annamah lives in Batu Gajah, Perak, with her descendants, including four children, seventeen grandchildren, and seven great-grandchildren.

Meanwhile, people often visit Annamah to seek health advice, she’s an expert in midwifery, reflexology, and tattooing as well. The residents who are living nearby have been coming to her for traditional and herbal health advice and her longevity insights.

Can you guys believe that ?

When you read a story about someone who has lived a century, you probably expect them to have led a balanced lifestyle, consuming and drinking the right food.

According to her son M. Subramanian, 73, fasting, meditation, and homegrown remedies were among Annamah’s key longevity. Apart from that, she had observed her regimen diligently in order to remove toxins from her body and preserve her health. However, due to age factors she has stopped doing it now.

Annamah is currently wheelchair-bound and blind in her left eye, but she can still converse fluently in Tamil and Malay, and her memory is still astounding.

Christopher Wong, the chief executive officer of the Malaysia Book of Records (MBR), visited the elderly lady at home to present her with the official MBR award, honoring her as Malaysia’s oldest woman.