Have you ever heard of Damodar Month? 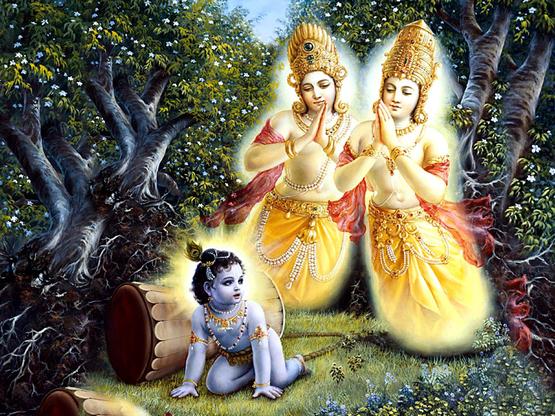 Did you know that from October 20th, 2021 to November 19th, 2021, devotees of Krishna will mark these dates as Damodar month? Yes, for some, this may be new information, so let us delve into what this month is all about and how to perform puja during this very holy month in order to gain Lord Krishna’s enduring love.

Karthika month began this year on October 21st, 2021, and is considered a month very dear to Lord Krishna. In the Hindu calendar, it is the eighth month and t he presiding deity of this month is Srimathi Radharani, also fondly known as Radha, the eternal consort of Lord Krishna.

As mentioned above, this month is described in the scriptures as the best among months:

It is believed that any vratham observed this month will emit more results, and the outcome of performing this viratham this month will be lasting for one hundred life times.

“Dam” means rope in Sanskrit, and “odar” means belly. Hence , the term “Damodara” refers to Krishna being tied with a rope by His mother, Yashoda. As how Lord Damodar (367th name of Vishnu from the Vishnu sahasranama) is very dear to his devotee, so is this month (Karthika), which is dear to Lord Damodar is also sacred to them.

So, how are devotees fulfilling their religious duty to Lord Damodar this month?

The lamp can be offered in both the morning and evening. If devotees do not have time, they can offer lamps whenever it is convenient for them, whether in the morning or in the evening.

Prasadam means mercy, and we should not deprive ourselves of the Lord’s mercy. During this month, we may eat prasadam which is the food offered to the Lord.

Those of us who have pledged to chant 16 rounds of the Hare Krishna mahamantra every day should do so more sincerely. Those chanting less than 16 rounds of mahamantra can increase their round by one or two. This is also regarded as a form of meditation.

Reading scriptures like the Gita is essential because it purifies our intelligence and dispels many of our doubts. Devotees also believe that learning more about Lord Damodar’s pastimes is very auspicious.

In the scriptures, charity is considered very auspicious. It removes your negative karma and makes life more enjoyable. Aside from that, you can give to the poor and needy whatever you can afford.

Furthermore, it is believed in Hinduism that Lord Vishnu sleeps for four months in the month of Kartik and awakens on the day of Devuthani Ekadashi (November 15, 2021). Chaturmas (a four-month period) ends with this, and all auspicious work of the God resumes.

It is also said that the Goddess Lakshmi visits the earth during this month. In such a situation, she is overjoyed when she sees people performing acts of charity and devotion – such people are unquestionably blessed.

So, according to repositories of vedic scriptures and other sources, these are the explanations of what Damodar month is and what is done during the month. On that note, are you also participating in vratham this month? Do let us know in the comments section below.

(There is no scientific proof for the information provided here. It is based on religious beliefs and itt has been presented here for the general public’s interest on this topic.)