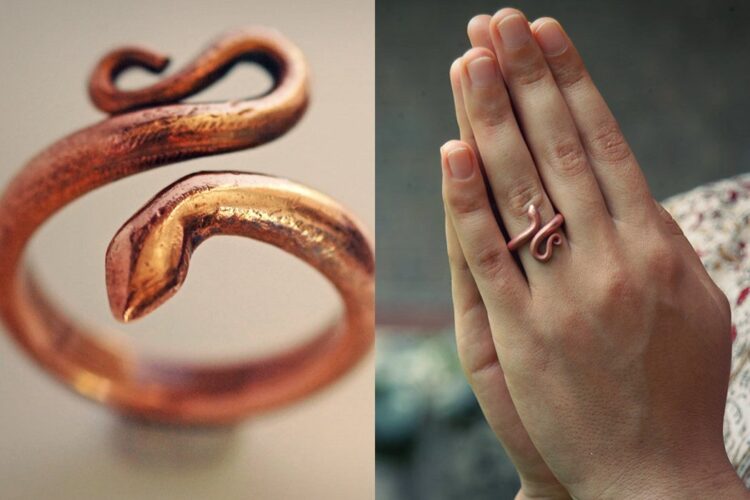 Sadhguru, one of the most well-known yogis of the millennium, has impacted the lives of many people with his teachings of mystics and spiritualism. What distinguishes him from other yogis is his ability to make ancient yogic sciences relevant to modern minds, acting as a bridge to a higher level of life. Whatever he says resonates with us and is clearly applicable to our lives.

Followers of him not only engage in his transformative programmes, but also build a good relationship with him through the many channels he is available on, ranging from Instagram to YouTube. While listening to his words, many of his followers observed the snake ring on his left hand ring finger.

It seems that he not only wears the snake ring, but also gives it to anyone who comes to him and tells them not to take it off. Strangely, it should be worn on their finger at all times.

Many people were curious about the meaning of the snake ring. Does it bring good fortune? Is it beneficial to our lives? Some people even had sceptical feelings about the ring because serpents have a lot of negative connotations. Instead of wondering, here are some things Sadhguru himself mentioned regarding the ring and why we should wear it.

To begin, I’d like to point out that the snake ring is now trendy, although the practice of wearing a snake ring or any jewelry with a snake in it dates back centuries. They were popular throughout history because they signified many meanings in various civilizations.

For instance, snake rings were worn in Greek mythology to commemorate the Greek healing deity Asclepius, whom Zeus slew because he thought Asclepius would turn all men into immortals. Snakes were revered in Ancient Greece and Rome for their skin-shedding as a sign of renewal and rebirth.

The difference between those snake rings and the one Sahguru is wearing is the sort of metal the snake ring is made of. The snake ring on Sadhguru’s finger is made of copper. Previously, we discussed the “Tradition of using copper in Hinduism”. It has several effects ranging from purification to body element balancing. Similarly, this snake ring made of copper provides us with several health benefits that have been scientifically proven.

“Wearing a metal ring, especially made of copper, by a seeker on the ring finger stabilizes the body & provides the fundamental support for sadhana or spiritual practices. With the right kind of sadhana, wearing a snake ring can become a key to mystical dimensions of life.”

Copper in medication has been demonstrated in studies to help the body create collagen, absorb iron, and play a role in energy generation.

However, when it is worn externally, such as on the finger, it is absorbed in extreme minute and inconsequential amounts into the bloodstream. This procedure restores the body’s physiological equilibrium. Copper can counteract the toxicity of a number of other high-toxicity metals in the body.

Wearing it alone has several benefits; consider practicing spiritual activities while wearing it; it multiplies the benefits we obtain.

There is no such thing as only gurus or yogis or the fortunate ones being able to wear it; anyone from anywhere in the world can wear it as long as the copper snake ring or sarpasutra is worn on the ring finger of the left hand with the snakehead facing upwards and must be worn at all times, which also means no exchanging rings. This manner, you will be able to get the full advantages of the ring for an extended period of time.

If you want to learn more about Sadhguru’s copper snake ring, or if you want to buy one, go to Isha’s online store, Isha Life, or click the link here.