His achievements stole our hearts! 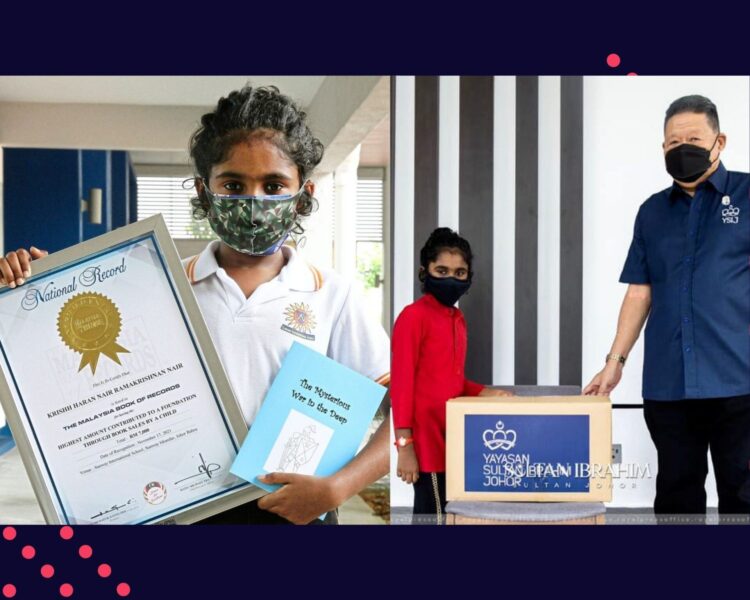 Remember Krishh Haran Nair, the young kiddo who impressed the Sultan of Johor, Sultan Ibrahim Sultan Iskandar for a great cause?

Yes, the big-hearted kiddo has once again made us proud by having his name inscribed in the Malaysia Book Of Records (MBOR) recently. Known as the youngest contributor to the foundation, he has raised RM7,000 and donated the amount raised to the Sultan Ibrahim Johor Foundation (YSIJ).

Currently, the eight-year-old record holder is in the midst of writing his next book titled Pillar and the Golden Sword, with plans to donate its proceeds as well. It was originally an online assignment from his teacher and was later transformed into an e-book and print edition.

According to The Star, the pandemic has caused all sorts of hardship for families throughout the world, not only in Malaysia. His mother, R. Jayanthi, 41, expressed her pride in her son’s accomplishments and extended her gratitude to MBOR for honouring her son.

She admitted that she had no expectations for her son’s book to become a success because it was only an online assignment during the COVID-19 lockdown.

Those who are interested in supporting Krishh Haran’s endeavour by purchasing his storybook, may contact him via [email protected].