UPDATED; Students Have Since Been Offered A Cheaper Fee 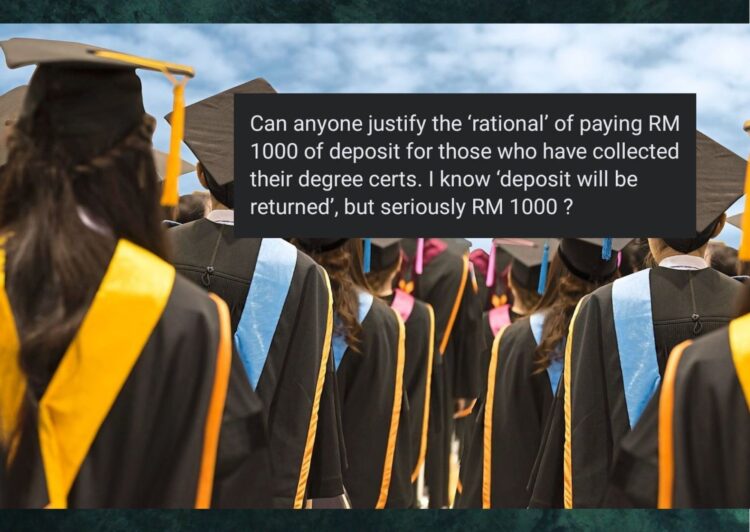 Last week, a local private university in Selangor was criticised by its students for allegedly demanding them to pay an additional deposit of RM1000 for their graduation academic attire.

The Student Representative Council (SRC) has written to the management, demanding that the RM1000 deposit be decreased because it is hard for students to come up with such a large sum in a month.

Following the dissatisfaction of many students as well as per SRC’s request, the management confronted SRC and indicated that they would evaluate all of the suggested proposals.

After considering the request from the students as well as the current economic situation and the condition of the flash flood victims, the local university has decided to only impose a minimal deposit of RM350 instead of the initial proposed amount which was RM1000.

Students appear to be satisfied with the management’s decision.

A student commended a member of the management council for taking such decisive steps in light of the students’ situation.

I hope that as a result of this, all university administrations will take into account the students’ situation when determining the cost of their course.

Being an outstanding student is no easy feat! Hailing from Penang, Kirtanaashini Sivakumar is all set to embark on the...