Congratulations on your well-deserved success! 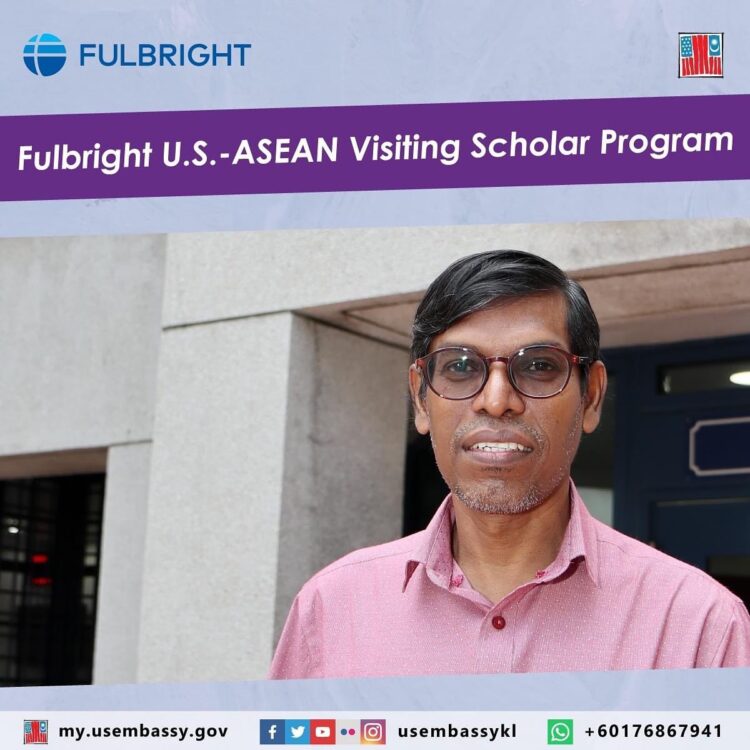 Dr Santhidran Sinnappan, a Malaysian-born Indian professor and also researcher has garnered widespread acclaim in his career by being selected for the Fulbright U.S. – ASEAN Visiting Scholar Program at the University of Southern California!

Having said that, Dr Santhidran is all set to conduct his research at Annenberg School for Communication and Journalism, United States. According to the UTAR news portal, the well-known researcher will be conducting a thorough research on “FakeNews-Understanding Youth Perspectives: A comparative study between the US and Malaysia”.

Throughout the research process, he will focus and explore the cultural differences that influence youths on forwarding fake news. Apart from that, he will be looking into the self-regulatory mechanism to refrain people from forwarding misinformation.

Being a dedicated professor at Universiti Tunku Abdul Rahman (UTAR), he has also won the UTAR Research Excellence Award under the category of Social Science, Arts, Humanities, Management, and Accounting in the year of 2019. Along with that, he has also received Emerald Literati Awards for Highly Commended Paper by the Emerald Publishing.

The professor of Faculty of Creative Industry (FCI) expressed his gratitude to Dr Michael Suman, the research director for the Centre of Digital Future, Annenberg School for Communication and Journalism, University of Southern California for his support in this research.

In 2016, Dr. Santhidran was among the recipient of the Newton Advanced Fellowship by the British Academy (UK) to conduct an online experiment on “Engaging on Road Safety through Social Media Among Youths”.

Established in 2012, the Fulbright U.S.–ASEAN Visiting Scholar aims to deepen people-to-people engagement and strengthen our educational ties around issues important to the ASEAN region. The year 2021 marks the 9th year of the programme. To date, more than 100 scholars from all 10 ASEAN Member States (AMS) have been awarded scholarships to carry out three to four-month research at U.S. universities on a wide range of subjects including maritime security, climate change, health, finance, political security, wildlife trafficking, and teaching English as a second language.