This little genius can identify 198 names of dinosaurs! Even adults have difficulty remembering dinosaur names, which are even more difficult to pronounce. But Siddhar Kanagarajah is the only exemption, he is none like us. This little prodigy is even more phenomenal since he can recall and recognise the names of 198 dinosaurs, which is a huge deal.

Recently, this five-year-old Siddhar has achieved a remarkable feat by earning a spot in the Malaysia Book of Records (MBOR) for accurately identifying the most number of dinosaur species, 80 species, in just one minute by a kid on April 22nd.

“I feel very happy, excited, and grateful,” said this kid, who had been prepping and practicing twice a week in preparation for this MBOR attempt with the help from his mother.

This kid said the love for dinosaurs began with his favorite Tyrannosaurus rex which he describe as cool and unique. Its not surprising that Siddhar aims to be a paleontologist once he grows up.

Siddhar’s interest in dinosaurs started at the age of two, according to his mother, Komathi Subermaniam, when he first saw them on television.

“He started reciting dinosaur names and learning them all by himself,” the proud 33-year-old mother said, adding that he later learned more through YouTube videos. She and her husband also chose to buy him dinosaur toys to motivate him to delve even more.

Komathi sensed Siddhar’s potential for tougher subjects and introduced him to courses like astronomy and human anatomy. The little one now knows about the solar system, black and white holes, the cardiovascular, urinary, endocrine, skeletal, immunological, and digestive systems, among other things.

Komathi describes her kid as “inquisitive and quick to learn,” recalling a remarkable incident last year when he learned the song “Tanggal 31 Ogos” in three days despite not knowing Bahasa Melayu at the period.

The chuffed parents said they learned new things along the road while teaching their son and they will continue to introduce advanced topics to the boy in the coming days, despite his early stage.

“We are using his MBOR triumph as a crucial step to prepare him for a better future. However, we will let him choose what he wants to be when he grows up,” Komathi wrapped about Siddhar’s future.

You may learn more about this kid’s outstanding talents by clicking HERE.

Kudos to Siddhar who has set a new record. Here’s to your streak! Keep it up lil’one! 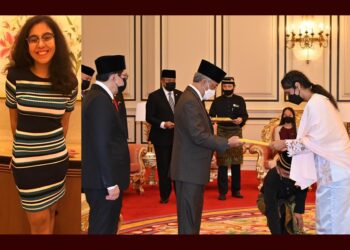 Malaysian students have never failed to impress us for having traits like sheer determination when it involves academic achievement. We... 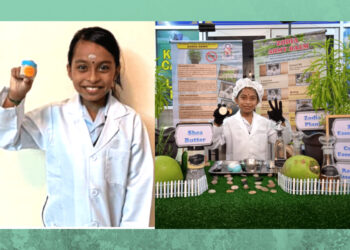 Being an outstanding student and at the same time shining at an International competition is not an easy feat! But,... 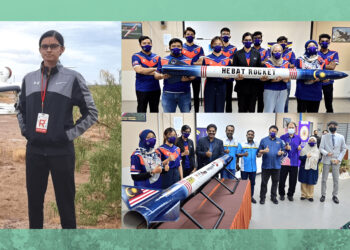