by Nanthini Suresh
1.4k
SHARES
Share on FacebookShare on TwitterSend

Another day, another great feat achieved by our fellow Malaysian!

Dusha Nanthakumar who has several awards under her belt has added another renowned award to her list.

Along with her, Siti Khadijah Asha’ari also received the Royal Education Award 2021 who graduated with a 3.93 CGPA completing her Bachelor of Psychology with Honors.

With this incredible feat, Dusha penned down a profound gratitude on her social media.

This sweet lady who earned a Bachelor’s Degree in Psychology with Honours from the Faculty of Human Development conveyed her gratitude to everyone who has supported her throughout her prolonged journey in education, especially those who have stood as strong moral pillars.

Hailing from Kajang, the 25-year-old who has successfully graduated with a CGPA of 3.99 for 8 semesters (4 flat for 7 semesters) expressed that this was a blessing to be able to share the nostalgic moment with her parents on stage, which happens to be a day before Father’s Day. (A great Father’s Day gift indeed)

“I am very grateful for the sacrifices of my parents, P Punithavathi and Nanthakumar Batubanaban, as well as the university which gave me many opportunities to highlight my talents and succeed in making the name of the university more well-known,” Dusha told Berita Harian.

Previously speaking to Varnam MY, this multi-talented lady shared some of her amazing achievements that she obtained in the last few years.

She participated in the ASEAN Intergovernmental Commission on Human Rights (AICHR) Youth Debate in Cambodia in 2018. She was placed second in the International HASPEC Public Speaking Competition, and Dusha won the Pertandingan Pidato Piala Kenyalang Kebangsaan the same year.

In 2019, this bright girl participated in the Parliamentary Debathon of Motion 1 and was awarded the Best Debater with the most votes (1257). Dusha also won first in both the Malaysian National Public Speaking Competition 2019 (Adult Category) and the Pidato Pendidikan Piala Naib Canselor 2019.

The following year, Dusha received an Outstanding Delegate Award at the International Model United Nations Online Conference 19.0, which had delegates from over 85 nations.

Dusha has been a moderator for international events including panels from Singapore, Thailand, Indonesia, the US, Iran, Pakistan, the Philippines and Vietnam on the human rights sphere and leadership context.

To top it up, she was also awarded the Above and Beyond Award from the UPSI Psychology Association.

The more we converse to her, the deeper we plunge into the sea of admiration, this lady could brim you with efficacious knowledge.

You’re such an inspiration for many people out there. Keep achieving greater heights, Dusha! 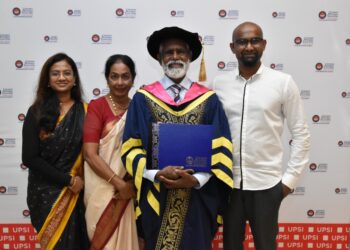 Yet another proof that age is no barrier when it comes to learning. Many of us are prone of underestimating... 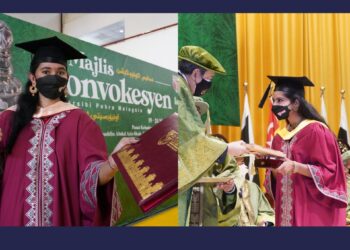 Prior to the pandemic, Malaysian students never failed to impress us with their wondrous and rewarding achievements and have constantly... 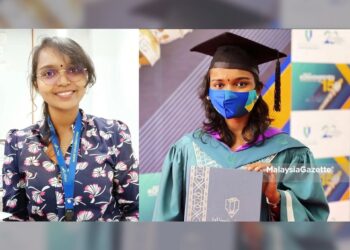 “As you start to walk on the way, the way appears.” This is one of the most well-known sayings by... 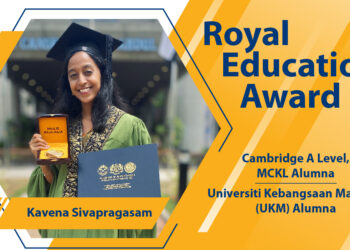 “You don’t have to be great to start, but you have to start to be great.” — Zig Ziglar This...