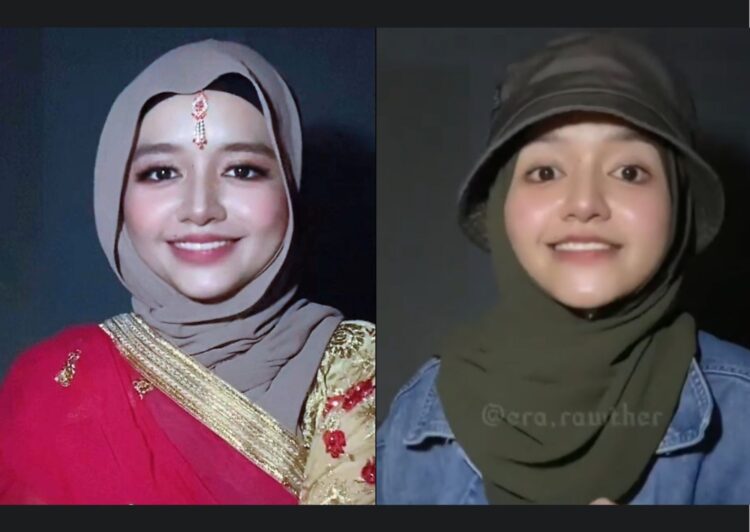 In a multi-racial and multi-cultural society, Malaysians tend to speak more than a few languages and dialects. Even if they can’t speak other languages, they can adapt the slang.

“Deyh macha, you want to makan here or tapau?”

This is one of the very famous lines where it comprises 4 languages in one sentence and I’m pretty sure at least 60% of the readers have used it. (I’m among one of them…hehe)

A TikToker has emerged overnight for her remarkable lip-syncing. Era Rawther ([email protected]era.rawther) caught the eyes of many making videos of lip-syncing in a language she has never spoken before.

So far, this young entrepreneur created over 400 TikTok videos in which she lip-syncs to various songs and dialogues in Tamil, Hindi, Malayalam, and Bahasa Malaysia, which have gone viral and received a lot of positive feedback throughout the world.

Era Rawther loves to watch Tamil and Hindi movies, so much so that she knows many of their soundtracks like the back of her hand. She currently has over 248.5K followers and 7.2 million likes on Instagram. (Now’s that huge)

“I was quite bored during the pandemic’s stay-at-home time, so I decided to make TikTok videos to blow off steam. Working on these videos kept me focused on making video content that’s entertaining and pays homage to Indian films,” Era explained how she started her journey in the TikTok world.

Her 15-second clips include music from a variety of genres, including popular, ballads, and classics, as well as tunes from the 1970s and current hit songs. She makes a great job as a mimicry entertainer in certain videos, perfectly replicating lines from numerous films.

“I honestly don’t know how my videos go viral. I made them for fun, and I’m so stunned that I’ve received millions of likes from people all around the world,” Era remarked.

“Despite the fact that I do not know Tamil or Hindi, I am a big lover of Indian films, particularly those from Bollywood and Kollywood,” she expressed.

She who has Indian and Bruneian Malay blood said she refined her expressive facial expressions and dance moves by watching many Indian films over the past two decades. Era explained that once she picks an Indian song on YouTube, she will translate the lyrics and understand the meaning of the song. After that, she’ll memorise and rehearse the song before she records the video.

With that impressive lip-syncing, this 27-year-old lady even received offers to act in Malay drama series. However, she said she hasn’t put much thought into becoming an actress yet.

Check out some of Era’s fun-entertaining videos here;

This Indian couple's wedding was attended by 6000 people. You have been wondering about how it is possible for a...