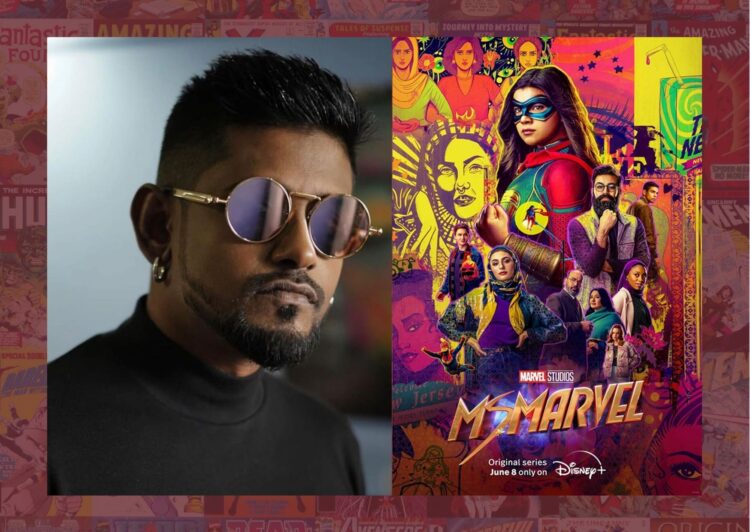 Having our names being featured on the big screen is a huge feat, but to see our own name over a Hollywood screen…Damn, now that’s a big deal!

Aaryan Dinesh Kanagaratnam aka ADK; A name that needs no introduction in hip hop industry!

Recently, the prominent singer and rapper took to social media by sharing the good piece of news of his music collaboration along with our late singer S.P Bala was featured on the Marvel Studio’s brand new episode Generation Why of Ms Marvel.

Composed by the God of music AR Rahman, the popular track ‘Oh Nanba‘ from Superstar’s movie aptly titled Lingaa has been featured in one of the desi songs which was used in this 6-episode Marvel miniseries to give the South Asian representation and also to serve as an important device that sets up the lead’s colourful cultural identity.

Oh Nanba song plays when Kamala (main lead) caused a major mistake during her first-ever driving test when she reversed and crashed her car into her examiner.

ADK was over the moon as received this news, and he took up to social media to convey his gratefulness.

The Sri Lankan extraordinaire rapper said “It is a true delight to see how a true contribution and hard work never goes to fail,”

Congratulation on this Hollywood feat ADK!

Other songs that been featured in this miniseries were Jalebi Baby, Peechay Hutt, Ko Ko Korina, Sage, Goddess and Rozi.

Marvel Studio’s Ms Marvel was released on Disney+ Hotstar on June 8, the 6-episode miniseries introduces Kamala Khan, a Muslim American teenager rising up in Jersey City. She is an avid gamer and a voracious fan-fiction scribe. Kamala is a mega superhero fan with an oversized imagination, especially when it comes to Captain Marvel.

Head on to the Disney+ Hotstar official site to watch Ms Marvel! 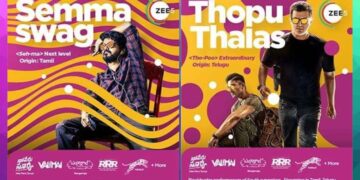