The multi-talented boy who has mesmerised Indian audiences with his versatile voice in the Telugu version of the blockbuster hit Lion King.

Get a chance to meet 12-year-old child prodigy, Rahul Vellal, who will be singing his carnatic pieces in his angelic voice at the International Carnatic Music Festival in Kuala Lumpur! 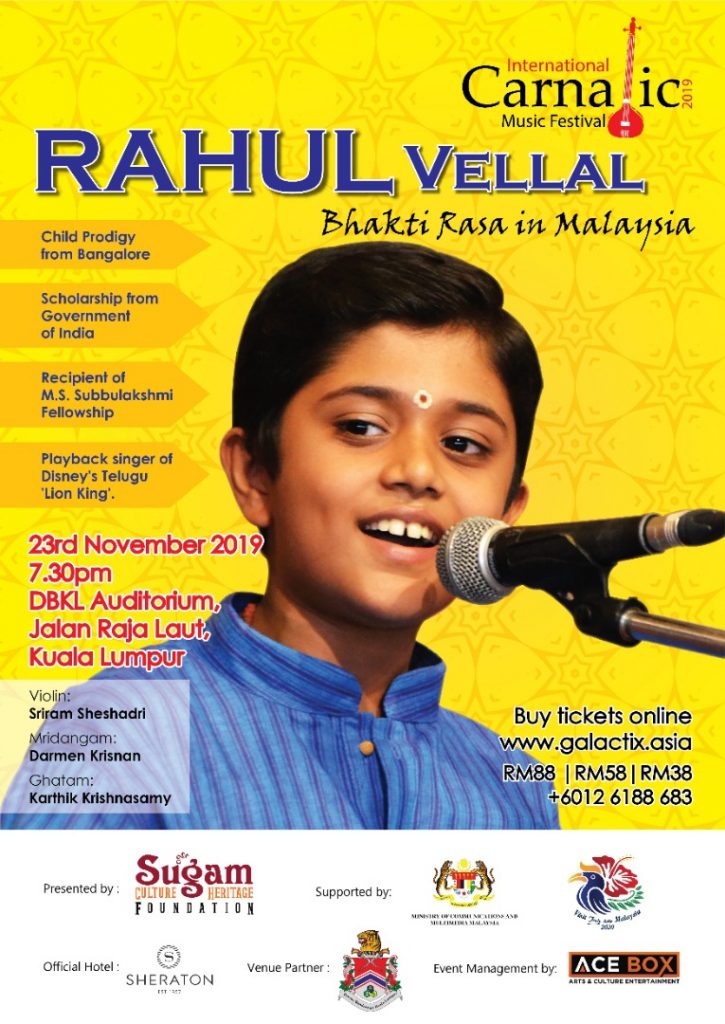 For 12-year-old Rahul Vellal from Bangalore, Karnataka, music is a way of life. The child prodigy has become a YouTube sensation with his songs and melodious voice. It is his first time performing in Malaysia. 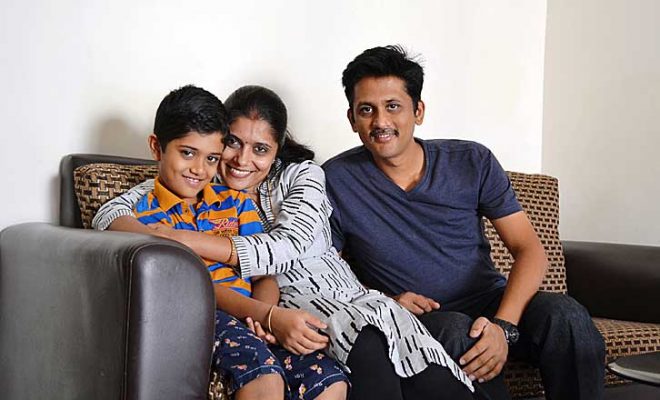 Rahul’s YouTube page has over 1 million views. One of his video (Brahma Okate) that he sang along with another kid sensation, Surya Gayathri, under the direction of Kuldeep M Pai, has been viewed more than 6.6 million times. Sudha Ragunathan, SP Balasubrahmanyam, Sri Ravishankar and other celebrities have also lauded his performance.

He has sung in seven musical videos, Paluke Bangaramayena, Vaishnav Janato, Pibare Rama Rasam, Brahmam Okate, Shivashtakam, Mahalakshmi Ashtakam and also Ram Govind Hare for the renowned music director, Kuldeep M Pai from Chennai – all of which has been released on YouTube.

Rahul has performed Carnatic classical music in several sabhas across India and abroad, and won prizes in several musical competitions. Along with his yearning for music, Rahul also excels in his academics. He is also the recipient of CCRT National Level Scholarship for Carnatic Music Vocal, from Central Government of India.

Hurry and book your tickets @ https://www.galactix.asia/rahul-vellal-in-bhakti-rasa