Remember when Thaatha used to tell us stories about how he along with his friends fought against the British before Merdeka? It was a time when the abbreviation MIC was not met with a disgusting expression, and people didn’t bat an eyelid at sarees as daily wear. Well, imagine one of those stories transformed into a musical, a tale of how Malayan Indians fought for independence in our own way.

Malaya Relived: Merdeka is a musical highlighting the story of a few Malayan Indians in the pre-Merdeka era, the 1950s. Lost in the annals of history, the story is that of a man, torn between the love of his life and the love for his nation, and a student, desperate for her voice to be heard.

Presented by acclaimed theatre company Liver and Lung, this musical seeks to unveil the cultural challenges and the ideological threats our ancestors had to overcome in their fight for Malayan independence.

Prem Sagar plays the lead male actor in Malaya Relived: Merdeka. His is a name familiar in the theatre circuits, having played roles in MUD, P Ramlee The Musical and Ola Bola The Musical. He is joined by Hannah Shields, a performer based in the United Kingdom.

Varnam’s uber talented editor-in-chief, Shangkharee Nadarajan will be making her musical debut in Malaya Relived: Merdeka. Formerly with V-Buzz, Shangkharee is bravely spreading her artistic wings into the world of theatre. With her impressive hosting skills and on air presence, she is all set to shine in this performance of hers, as she always does.

The entire team is all set to enrapture the audience with a new story that revolves around the plight of a Malayan Indian’s journey in the days leading up to Merdeka.

When Sylvia Graham (Shields), a British Foreign Correspondent, travels to Malaya, she hopes to pen the article of her career. Graham wants to put forth a fresh account on what the country’s fight for independence will mean for the British Empire. Little does she know that she’s about to rewrite the plot of her own life when she meets Raj Veerasamy (Prem), a formidable proponent of decolonization, active member of the Malaysian Indian Congress and staunch supporter of the rising anti-colonial Malaysian movement, Merdeka. 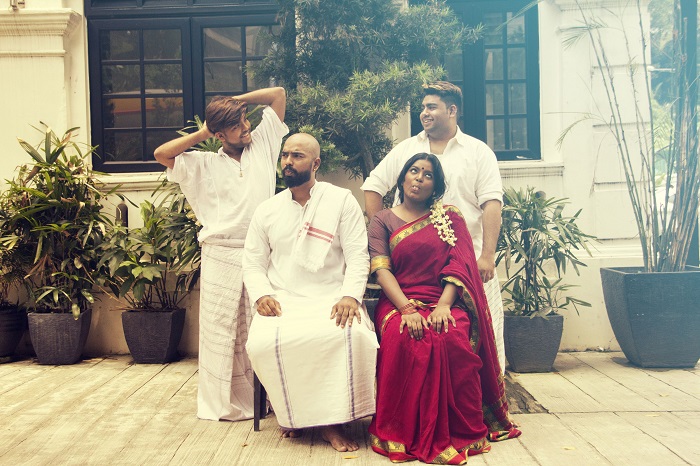 As Merdeka gathers momentum, Shivani Chandra (Shangkharee), Raj’s beautifully vibrant student, searches for her place in the world as a young Indian woman. Through her weekly English lessons with Raj, she pushes him to use his power to do more than pay lip service to the plight of Malayan Indians. Caught between his lust for Sylvia, his love of Malaya and the question of his cultural heritage, Raj must decide where his loyalties lie as he seeks to reconcile his fragmented identity and set himself, and Malaya, free.

Malaya Relived: Merdeka will be in the form of a three-act musical, strung together with original music inspired by classical Indian ragas and the dulcet tones of P Ramlee. The audience will be transported back into the pre-independence era with a stage set up to match, even traditional kuih and teh. No surprises for the dress code, Malaya in 1950!

The musical will be held at GMBB, a retail creative hub at the heart of KL city

Stylistic and didactic, Liver and Lung’s plays, musicals and events in London, Edinburgh and Malaysia have reached a wide audience. In 2017, their original musical, Mahsuri and Other Peculiar Tales won Malaysia’s Boh Cameronian Arts Award for Innovation in Musical Theatre.

Last we checked, tickets to Malaya Relived: Merdeka are selling fast! To get yours, click here.

We celebrate our 64th Independence Day, today.  "Hari Merdeka" memories to us Malaysians is a joyous occasion where Malaysians from...

We've gone from July to August in a flash! It is an understatement to say that the pandemic has thrown...

Are Malaysian Indians aware of the independent group called the Ombudsman for Financial Services (OFS)? The service offers customers in...