‘Alex In Wonderland’ Raises Over RM217,000 For Education Through Laughter, Love & Music 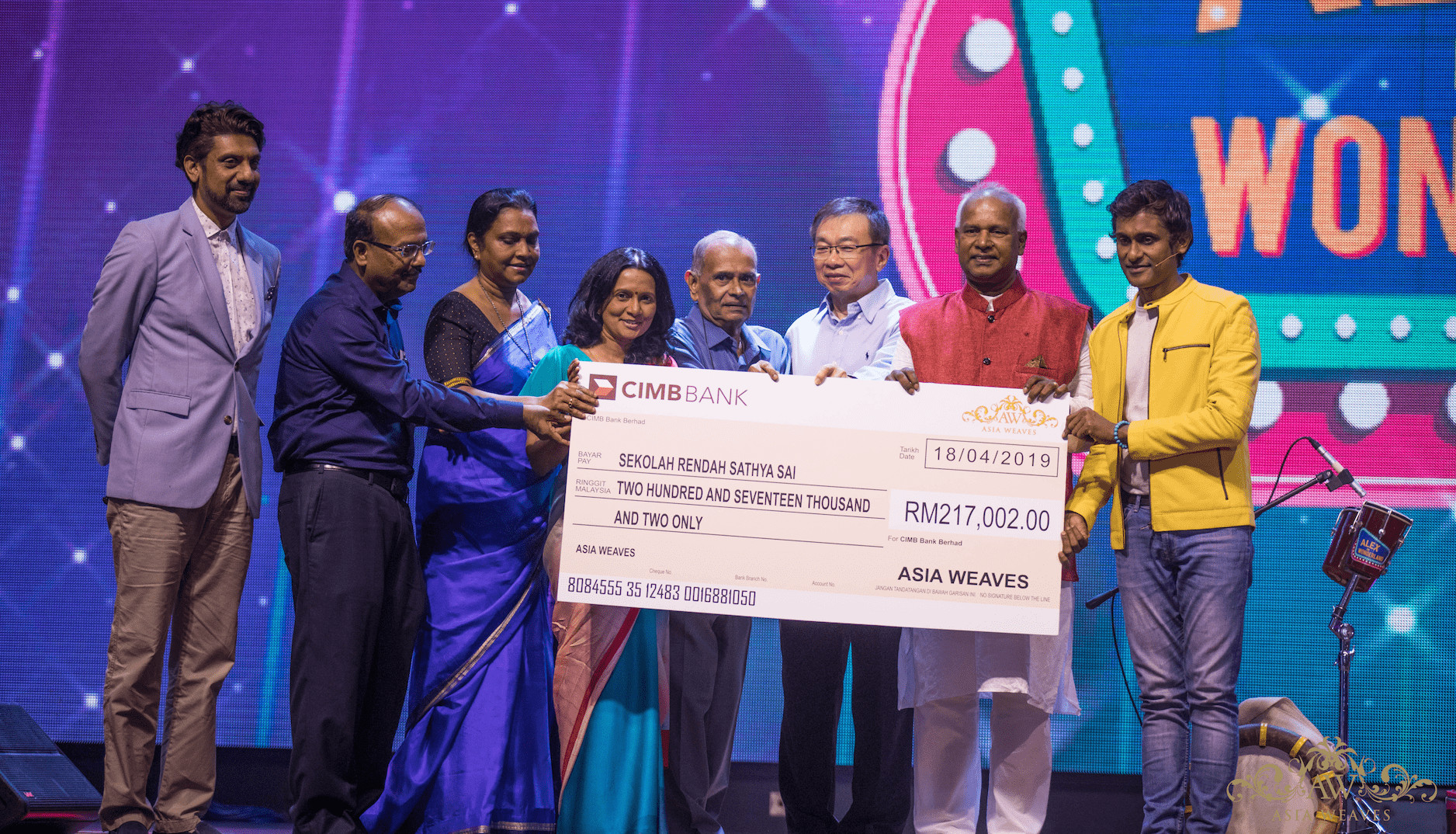 “How does one sit through a 120-minute long comedy show?”

Those were some of our initial thoughts going to the show but these doubts were quickly put to rest. Alex made it clear that you indeed CAN sit through and laugh your hearts out for 120-minutes straight.

We arrived at Galaxy Banquet Hall, HGH Convention Hall, 15 minutes before the show. Crowds were already gathered in the hall and seated while some were still lingering (including us) at the foyer where an F&B social enterprise called Masala Wheels had set up a booth serving Briyani, snacks and one of THE BEST Masala tea (we have ever tasted) in the world. The guests were ushered to their seats in an orderly manner with the help of a delightful group of volunteers and event organisers.

The hall was packed to the brim and the setting of Galaxy Banquet Hall, with purple LED lights and screens and a ceiling full of stars, it actually did feel like stepping into Wonderland. Popular radio announcer, Aanantha, was the Master of Ceremonies and made sure the audience felt welcome and settled right into their seats before the show began.

Alexander Babu: A Great Thinker First, Then, A Comedian

To say that Alexander Babu is multi-talented is an understatement. Rather, Alex is best described as a multi-faceted person. In the many facets of his life, through perseverance and positive attributes, Alex has managed to pave his way to the pinnacle of these different facets. Alex has thrived in his previous career as an IT engineer and even worked for Amazon in San Francisco. Taking a leap of faith when he turned 40, Alex decided to take a different career path and walked down the comedy aisle.

In this show, Alex shares his journey through different careers, finding his passion and daring to walk the uncertain and volatile path of entertainment. Besides being an excellent speaker, it was also important to note that Alex presented honest conversations in his comedy. There was no belittling, discrimination, profanity nor slapstick humour, and Alex proved that he can still entertain the masses regardless of age and socio-ethno-economical backgrounds. It was also important for audience members to understand Tamil and Tamil music as there were generous references to the both in his show.

Alex had an honest way delivering humour. He picked up on things like the poignance in Malaysia Vasudevan’s voice, the projection and vocal strength of Sirkazhi Govindarajan, the airy AR Rahman vocals and the ‘fed up’ chorus singers in Ilayaraja’s songs. He gave the audience an alternate point of view, while cooking up some hilarious scenarios from the depths of his imagination. The kind of content that Alex delivered doesn’t come without deep introspection and having a critical view of the world.

Alex added the human element to otherwise ‘God-like’ figures in the Tamil music & film industry. He pointed how the most revolutionary part of AR Rahman’s music journey was perhaps the fact that he decided to list the names of ALL his chorus singers in his first cassette and how Sivaji Ganesan just used breathing to deliver the performance of his lifetime during the climax of the 1964 ‘Karnan’ film. He paid tribute to the greatest musicians and actors and played homage to the music.

What More Can You Do Alex?

We are just going to list the things that Alex was doing on stage during his recent show in Malaysia titled ‘Alex In Wonderland’. Alex was doing standup, mimicry, singing, playing the double bongo, cajón, harmonium, thavil and mukhavina.

Audience members were not only treated to a standup comedy, but also a musical show. In the beginning, Alex sang AR Rahman’s ‘Nallai Allai’ from the film Kaatru Velliyidai and then he changed the words to match different religious phrases, “Hallelujah, MashaAllah, Hare Rama, Hare Krishan”. When the crowd sang along with him, there was a feeling of transcendence and togetherness in the hall. Alex made a point that we are all different rivers that flow into the same sea and different lights that unite to one truth. Throughout the show, Alex performed many songs including ‘Ullathil Nala Ullam’, ‘Humma Humma’, ‘Balleilakka’ and many more, but he brought the audience back to the “Hallelujah, MashaAllah, Hare Rama, Hare Krishan” rendition at the end of show, wrapping the show up with a nice bow of unity and inclusivity.

We have previously shared about the ambitious conquest of Shivanee Selvaratnam, a lawyer turned social enterprise, who has been raising money for education through entertainment. Following the previous success of her show with Super Singers Live In Malaysia, Shivanee decided to stage Alex In Wonderland in hopes of hitting her target of raising RM250,000 for the human value-based school. A mock cheque of RM217,002 was presented to the school but Shivanee said that they have met their target of collecting RM250,000 after tabulation of all ticket sales.

When asked about the future, Shivanee said, “I am hoping that more corporations and individuals join in on our corporate social responsibility (CSR) programmes and tie in as long term partners. There are so many possible ways to enable education for these children and I’m looking forward to doing the same in the nearest possible time. Asia weaves will be announcing our next ventures on social media. Stay close”.

We thoroughly enjoyed the entire journey with Asia Weaves and Alexander Babu. If there is room for improvement, we hope that the next venue will be one with tiered seating so that the whole arena will have a good view of the performer. On to the next show…