ProjeKt Restart by RK Projects and Sound Innovations is now the centre stage for the booming e-concert platform. All its’ previous four episodes received affirmative positive feedback from its’ audiences not only in Malaysia but also from countries such as India, Australia and the UK. The fifth and final episode of this inaugural season was streamed live last week and was a perfect closure like the cherry on the cake. Here’s the review compiled by our team on all five episodes.

The first episode of ProjeKt Restart began with Kyra The Band. It premiered at the peak of the Movement Control Order on the 24th of May 2020 at 8:30 p.m. The organizers started precisely at 8:30 p.m. fuss free. The duration of the show was approximately 1 hour.

The band who made us dance in the comforts of our homes (literally), consists of 5 members; they are vocalist Prasad Krishnamoorthy, guitarist Rohan Tankaraj, drummer Stephen Raj, bassist Sasitharan Davadas and keyboardist Daniel Selvakumar.

Again, the organizers started precisely as advertised, without any delays. This episode went on slightly over an hour. It has garnered 2500 views on live streaming.

Chemistry Malaysia took to the stage in ProjeKt Restart’s third episode, again sharp on time as advertised, and fully conquered the stage. This episode was on the 21st of June 2020, which coincided with Father’s Day.

This episode emphasized on classic English hits from the glorious 70’s, 80’s right up to recent hits.

The show lasted just an hour and gained around 4500 views.

The next episode was live streamed on the 5th of July 2020. This episode was a collaboration with Vithai Production and lasted slightly over 1 hour. The band consisted of Sabesh Manmathan and Apputhi Murugaya as vocalists, Liresh Manmathan as the keyboardist, Jemimah Beulah as the guitarist, violinist Yumika Manmathan and lastly Pattrick Arokiasamy as the percussionist.

They ended the show by performing Uyire-Hey Penne, and an original composition, Unmei-Penmai Konjam.

The theme for fifth episode of ProjeKt Restart was Carnatic Fusion. The line-up highlighted some of the country’s very best Carnatic musicians.

This is indeed a time for all The Carnatic music rasigas to enjoy beautiful and poignant music to feed their soul.

The repertoire featured an all-female ensemble, called Sangeetha Swarangal and was aired on the 19th of July 2020. It garnered 3000 live views.

Taking centre stage was mother-daughter duo, Vidushi Srimathi Jayalakshmi Premkumar on the ghatam and Shuwehtha Premkumar on the veena. Krithika Chandrashekar was the vocalist, while Swathi Sivadas was the graceful pianist. On the Carnatic violin, was Pangasaasanii Gowrisan.

The all-female band ended the show (as well as the first season of ProjeKt Restart) with the upbeat Dhanashree Thillana, a Carnatic composition by Swathi Thirunal.

A well deserving standing ovation to all the performers, and the team behind ProjeKt Restart.

Needless to say, ProjeKt Restart kept us sane during the Movement Control Order (MCO) with an array of finely calibrated symphonic music! 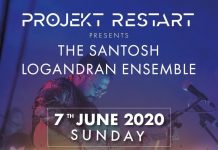 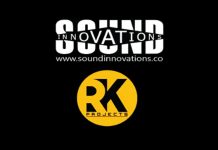 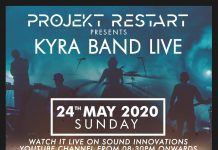