Ladies and gentle, welcome to the main event of Mojo Projects this year – the Malaysian International Live Fusion Festival 2018!

After 3 explosive concerts, we can’t tell you how excited we are for this grand finale. The MILFF 2018 will see some big, big names like Benny Dayal, Andrea Jeremiah, Rajhesh Vaidhya, Sean Roldan, a well as local icons like Rabbit Mac, Sheezay, Lawrence Soosai, Santesh, Sasi the Don, and more!!

Recently, we had the pleasure of chatting with Sean Roldan, a talented musician, an adventure-seeker, and a devout Liverpool fan. We asked Sean about his music, his band, his best friends, and will Liverpool win the title the next season.

Varnam: Hi Sean. First of all, tell us why you decided to join hands with Mojo for the MILFF 2018?

Sean Roldan: Since we started in 2011, I have noticed that we have a big following in Malaysia. People like and relate to the stuff that we do. So Malaysia has always been on my radar, I always wanted to perform for the Malaysian audience. Before this I was quite busy with films and stuff, but now we finally have the chance to come to Malaysia – thanks to Mojo Projects.

What I really like about Mojo is that their focus is entirely on music. They don’t just put up a show for the sake of putting up a show. Their choice of artists is top notch, they want to give good music to the people – so I think Mojo is the best platform for me to reach out to my Malaysian fans.

Special shoutout to Silver Tree, especially Vijay, for making this happen. Vijay took care of all our needs and made sure we have everything we need.

V: What can fans expect from your set at MILFF? Fans can expect a combination of both – my independent music with my band, as well as songs from the films I’ve worked on.

V: How do you feel about your first performance in Malaysia?

SR: The Malaysian audience seems to be a very music-loving audience. So I’m very, very excited to get there and perform for my fans in Malaysia!

V: Tell us about the Sean Roldan band. 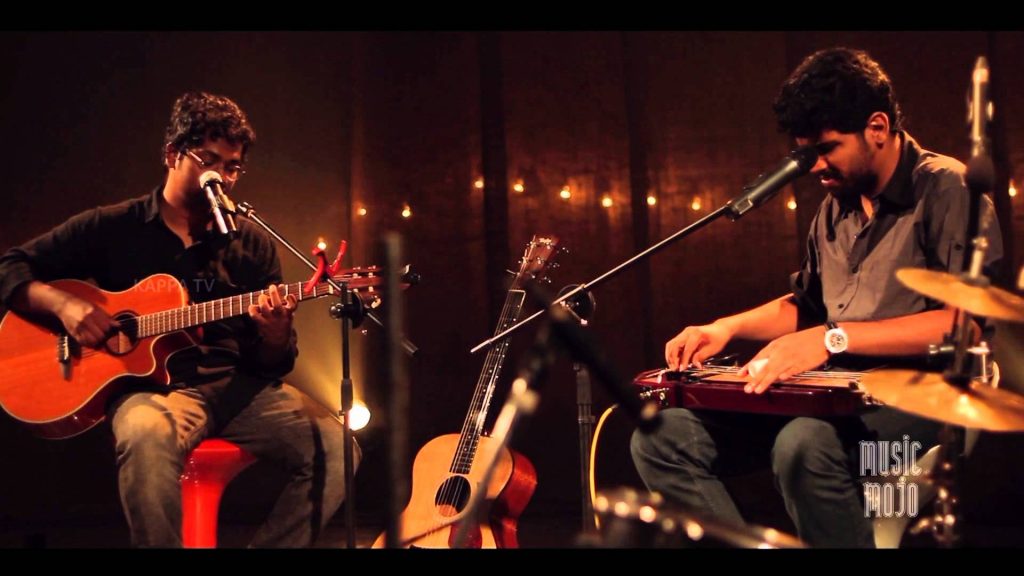 SR: My band’s name is Sean Roldan & Friends. Back then, I had written some songs but I kept them to myself. When I met Pratip, he convinced me to share these songs with world, so that’s how we started playing together. Pratip is a pivotal part of the launch of the band. We were a four-piece band back then, but it has grown since, with plenty of top-notch musicians onboard.

V: Who would you consider your best friend in the industry?

SR: Mirchi Shiva and I are very close, we used to hang out a lot. We’re quite busy these days and we don’t see each other as much. But we whenever we meet, it never feels awkward, we pick up from right where we left off. What most people don’t know about Shiva is that he also has a spiritual side. He always wishes the best for people around him. I’m very close to Santosh as well, he’s always very encouraging and believes I can do better. What we did together musically is something I’ll always be grateful for. 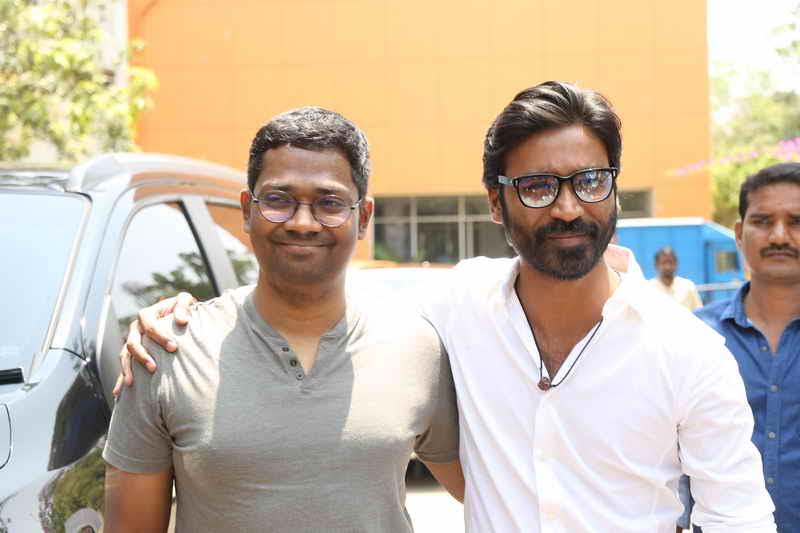 I would also like to mention another person. I have traveled a lot with this person, and I didn’t think I’d be very close to him, but I did. It usually takes me a while to warm up to people and have conversations with them. That person is Dhanush sir. His ideas and visions really drew me in. We also have a lot of conversations about life and such. Our goals and what we want to achieve are very much aligned. We also crack a lot of jokes together, and we’re very good friends. I’m also very close to Siddharth, we have similar tastes in music. He’s also a very smart boy who stands up for what he believes in, and I admire that.

V: How did your family affect your life choices, especially in pursuing in music?

SR: My parents actually had zero impact on my life choices (laughs). Both my parents are renowned high-achieving individuals, so naturally, there would have been a lot of pressure on me if I choose music. They’d probably criticise everything I do. But luckily, they never did. They never pressured me to get into music. They maintained a neutral stance and I decided to explore what I wanted to do.

Of course, they would have been happier if I pursued Carnatic music all the way, but they’re still happy with the musician that I am. I wanted a more complete musical life. I was scared to be trapped in one box. So I was always experimenting with different things, because life is an adventure.

I’d also like to mention my wife, who has been very supportive about my music career. She’s also made many sacrifices for me, and I can’t thank her enough for it. 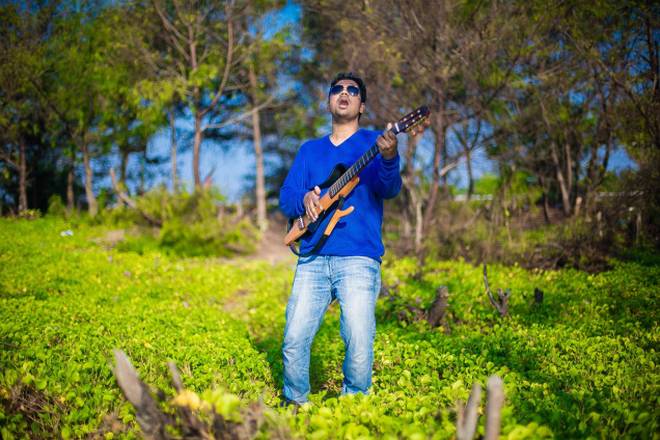 V: Have you performed with Andrea Jeremiah or Benny Dayal prior to this?

SR: I really love both Andrea and Benny for the musicians that they are. Andrea I’ve met on several occasions, we’ve had some really good conversations about music. Benny, I really wanted to work with him, it was almost going to happen – but then it didn’t because of some issues. That was really sad for me. Benny is amazing, his songwriting is really interesting to me. I’m really lucky to be performing at the same event as these two.

V: Any plans to collaborate with Malaysian artistes?

SR: I definitely want to collaborate with Malaysian musicians. I’ve had the pleasure of working with a few of them, and they’re absolutely amazing. I feel like there is a purity to Malaysian musicians, there’s truth in what they do. I like their attitude and how the scene is developing. Definitely looking at making collaborations happen. 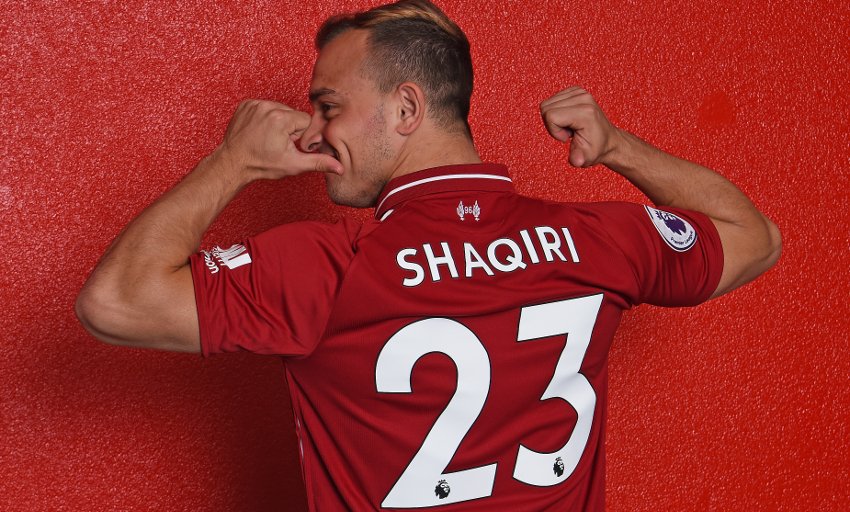 SR: Okay. (clears throat) We just signed Fabinho, Naby Keita, and Xerdan Shaqiri also just came in. Some Arsenal fans might laugh at us because we signed Shaqiri. Generally, I’d like to see all the players as resources. When the resources work, it produces results. We signed Mo Salah last season for 35 million, and we’ve all seen what he can do. The midfield is much better – although we need a better goalkeeper – but I think we stand a chance to be title champions.