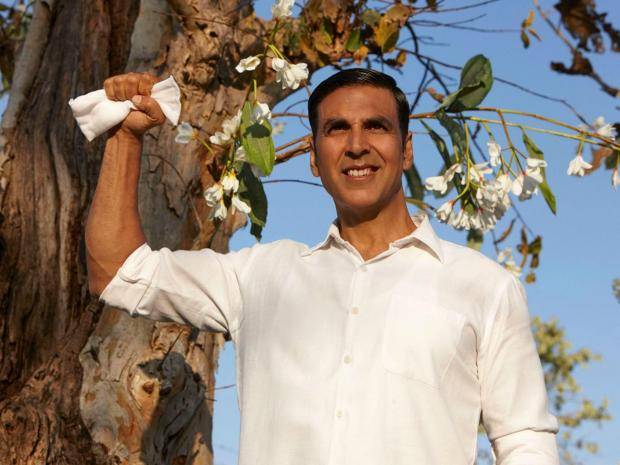 Growing up as an Indian girl, I completely understand how menstruation is a taboo and ‘dirty’ subject to broach. And that is exactly why we needed a movie like Pad Man.

I experienced it first hand…

As the eldest in the family, I was the first to hit puberty and experience menstruation. While I was happy that I received a lot of free makeup and sarees from my relatives, there were a lot of things I didn’t understand.

My mom is a staunch Hindu, she prays a lot and has a huge altar in the living room. Whenever I’m on my period, she would tell me walk as far as possible from the altar – otherwise the Gods will lose their power due to my negative energy. Wait, what? I can make Gods lose their power? That’s pretty crazy.

She’d get angry whenever I left my packet of pads on the dressing table, because it was bad luck for anyone to see it. I couldn’t hug my brother. I had to isolate myself from all the men in the family. I had to wash my hair every day – although I didn’t mind this part so much.

More importantly, I didn’t understand why I had to tell people I was ‘unclean’ when they asked me why I didn’t follow my mom to temple. Can’t I just tell them I was on my period? And I couldn’t even tell my dad I was ‘unclean’, I was only allowed to say ‘stomach pain’.

As I got older, I gradually started doing away with all the taboos. I told my dad and brother I couldn’t go to the temple because I had period. My mom didn’t like that very much – but I insisted on telling it like it is. Why sugarcoat it? I kept my pads on the dressing table. Don’t want to see it? Don’t go into my room.

Menstruation is something I go through every month – and I cannot keep it hidden like some confidential CIA information.

I never understood why so much shame and embarrassment revolved around period – and probably never will – which is why I was more than ecstatic when I finally learned that there was going to be an entire movie discussing periods and pads.

Pad Man revolves around the story of real-life superhero Arunachalam Muruganantham. He’s the man who invented a machine to churn low-cost sanitary pads for women in rural areas who cannot afford regular pads.

The movie portrays how women in rural India – in this case Maheshwar – experience menstruation. They are forced to sleep in a make-shift bed in the balcony and stay away from all the men in the family. If you think sleeping in the balcony is bad, women in Nepal sleep in the shed with the cattle. They also use dirty rags instead of sanitary pads, because of the exorbitant price. 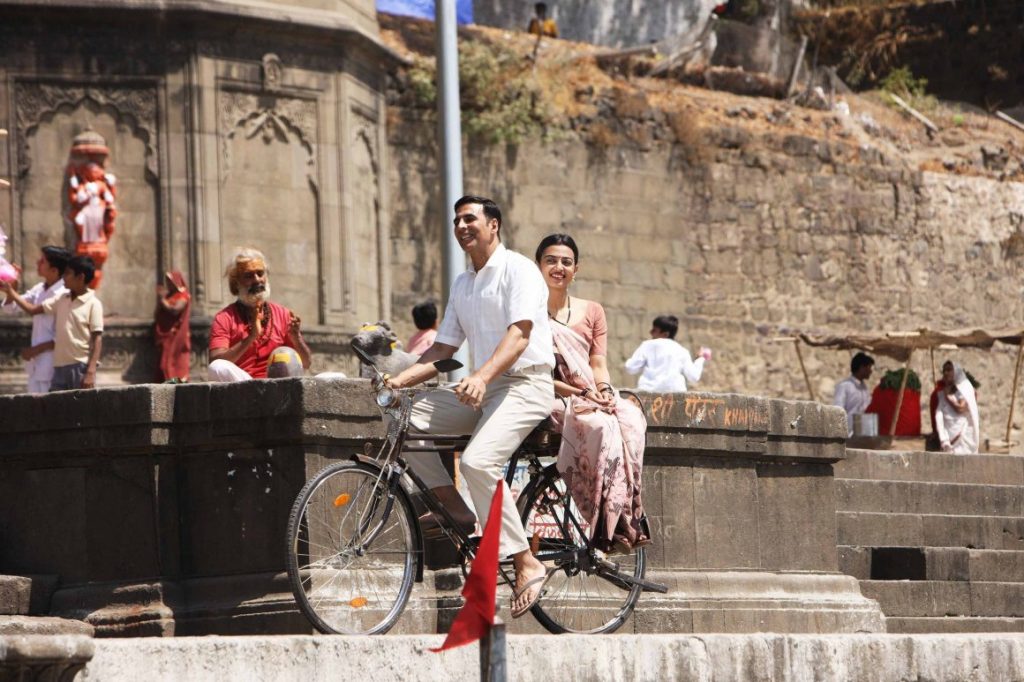 What I really loved about Pad Man was the fact director R. Balki did not hold back. From the very start, Lakshmi (played by Akshay Kumar) didn’t understand why his wife had to be isolated from him just because she was on her period. He would openly discuss it with her, even though she shuts him up every time.

His wife, Gayathri (played by Radhika Apte), insists on following the tradition without any questions. Whenever Lakshmi tries to talk to her about it, she immediately shuts him up because it is not appropriate for men to talk about menstruation. This left Lakshmi confused – why are women embarrassed to talk about the very thing that they experience and will continue to experience for the rest of their life?

One day, Lakshmi accidentally stumbles upon a dirty rag on the floor. Before he could kick it away, his wife stops him, picks it up and hides it among her clothes. This shocked Lakshmi to his gut – there’s no way using a rag is comfortable or hygienic. He teared up, and so did I.

A meeting with a doctor confirmed Lakshmi’s worst fears, using a dirty rag could lead to infection and other illnesses, and ultimately lead to death.

Pads are a luxury most women can’t afford…

A distraught Lakshmi rushes over to the drug store to buy his wife a fresh packet of pads. However, Gayathri asks him to return it, because it costs too much (55 rupees) and they will no longer be able to afford butter and milk.

A school-dropout but mechanic by profession, Lakshmi sets out a invent a low-cost pad for his wife since she won’t let him buy it. Everyone in his family and neighbourhood started calling him crazy for getting so involved and obsessed in womens’ personal matters. In Lakshmi’s mind, his only priority was Gayathri’s health and safety.

Eventually, the entire village turned against this lunatic who is obsessed with making sanitary pads, but Lakshmi kept on going, and through a hell lot of challenges and trial and error, he finally designed the perfect pad using a machine he designed by himself. Women now only had to pay 2 rupees to observe hygiene, instead of 55 rupees.

The same lunatic that everyone shunned shot to fame for his low-cost pad machine, gave a talk in New York, got VIP treatment by the United Nations, and was bestowed with the “Padmashri” title, India’s fourth highest civilian honour. The lunatic became the Pad Man. 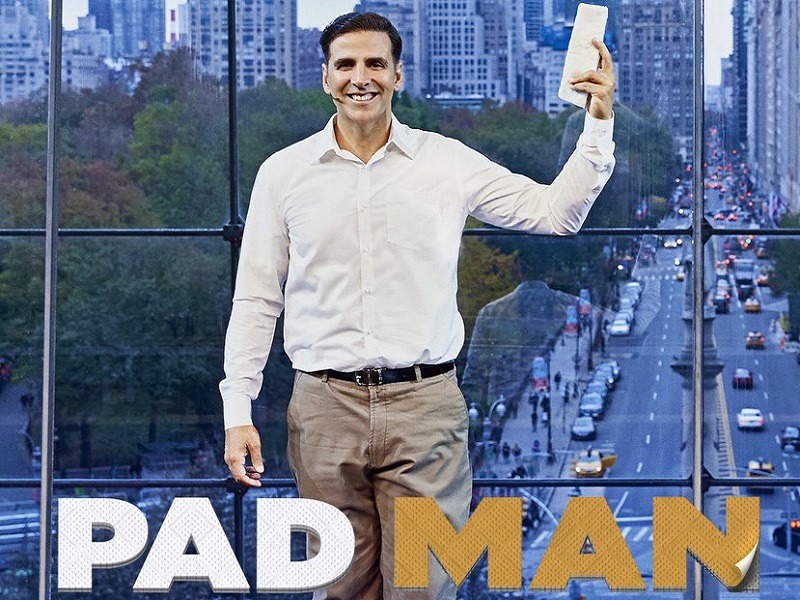 Lakshmi holding a pad in his hand is a significant step in opening the discussion about womens’ menstrual health. Even in this day and age, educated men shy away from menstruation matters. Some men are still embarrassed to walk into a pharmacy and pick up a packet of pads for their girlfriends or sisters or wives.

Let’s destroy the taboo around menstruation…

The movie isn’t perfect, it is saturated with melodrama and goes on for too long. But what made the movie such a winner is the fact that it strives to break to taboo around menstruation and convince women to switch to pads – the healthier alternative. The movie discusses an important topic that no ones wants to talk about it or be associated with.

It also spurred celebrities and fans all over social media to post pictures of pads in efforts to break the negative stigma it holds. 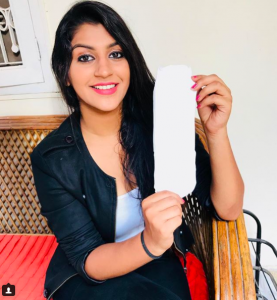 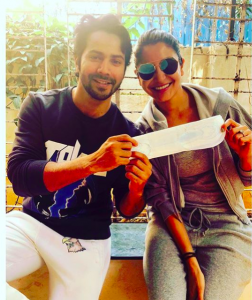 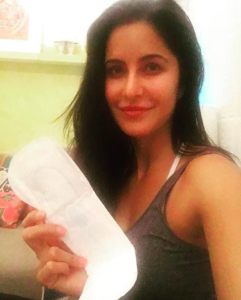 Hopefully, after watching this movie, fewer people will say ‘Ewwww’ and more people will talk about how important it is to maintain good hygiene during the time of the month.

Despite its flaws, it’s a movie I’d highly recommend to anyone – especially if you have family or friends who still flinch and cringe at the sound of the word ‘period’.