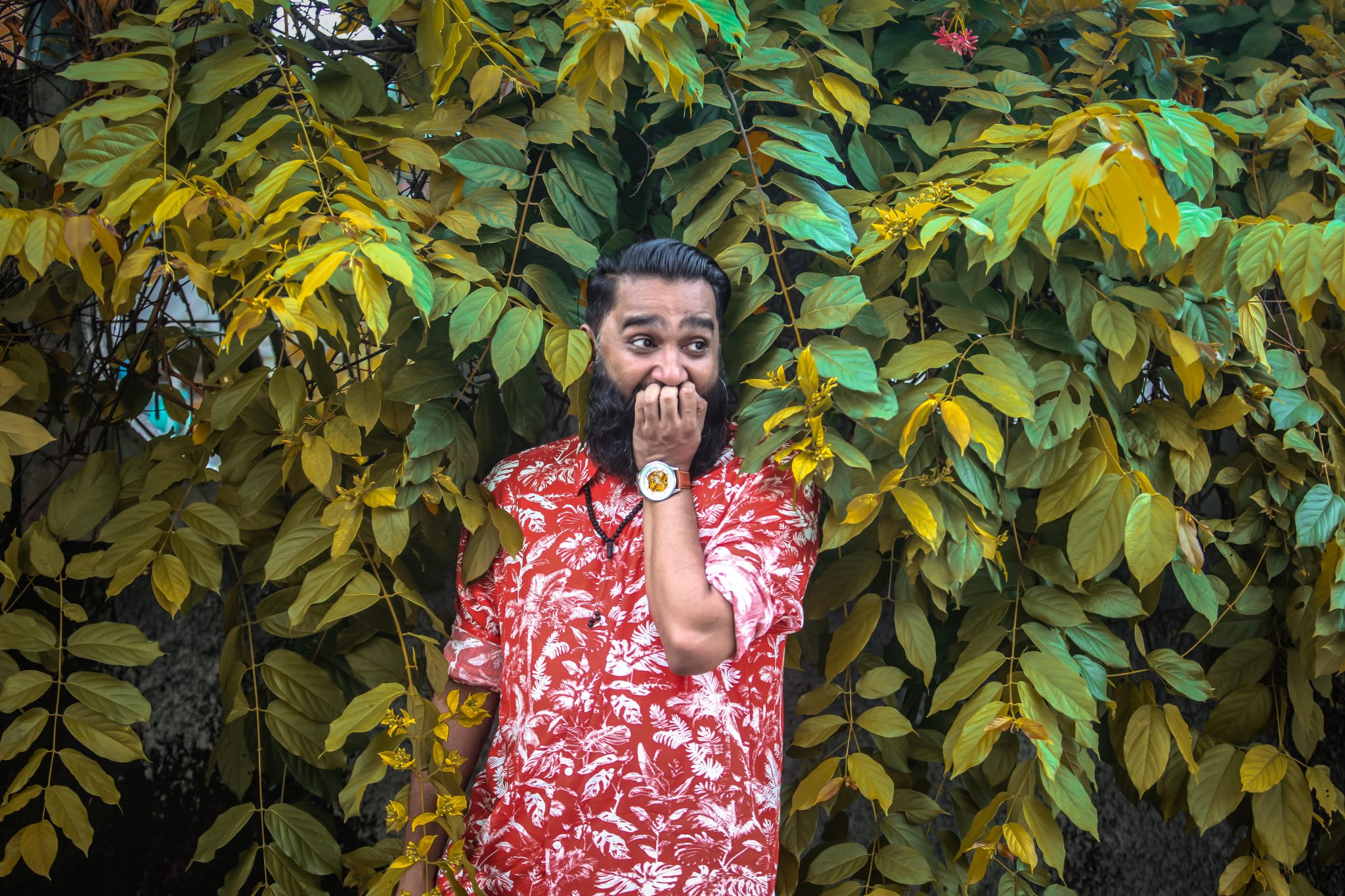 ‘Take your broken heart, make it into art’.

Those were the iconic words by Carrie Fisher that Meryl Strep used during her acceptance speech at the 2017 Golden Globes Award. The words were not just a tribute to the late Carrie Fisher but also all the inspiration creatives needed to keep going at their craft. One person who is taking his broken heart to craft a solo standup comedy show is homegrown talent, Prakash Daniel.

As we countdown to Prakash’s first solo standup comedy show, we caught up with man himself to learn about ‘BEAUTIFUL’ that is happening on 14 September 2019 at PJ Live Arts. Prakash Daniel picks his old wounds and reveals how he healed through his tell-all show, ‘BEAUTIFUL’.

Shangkharee (S): ‘BEAUTIFUL’ will really be quite an experience! What inspired you to create this show?

Prakash (P): I have been doing standup for 7 years now and I just knew it was time for me to do something to honour my journey as a comedian. Earlier this year, I went through a lot of pain and heartache after a romantic relationship came to an end. There were times that I felt like a drowning man clutching on straw to stay afloat. That’s also when I felt like men don’t have many outlets to express their emotions. Just going through the heartbreak and healing was such an unforgettable experience that I knew I had to tell my story, but also make it funny.

S: Actor Justin Baldwin started a campaign called ‘Man Enough’, to encourage men to redefine masculinity and reveal their vulnerabilities. Why is it important for you to have these conversations in ‘BEAUTIFUL’?

P: The truth is many of us don’t know how to express emotions of hurt or even cry without being judged for being weak. Having first hand experience in dealing with heartbreak taught me about how much help and support men need emotionally and mentally. If we don’t start having conversations or take actions to do away with existing societal perceptions of masculinity, I fear that we are promoting a very toxic notion of masculinity and further enabling the declining mental health in our society.

At the same time, as a comedian, I have seen the power and impact of comedy in delivering a strong message and affecting change. I hope ‘BEAUTIFUL’ will leave the audience with a profound take-home message.

S: ‘BEAUTIFUL’ is a comedy show infused with visual and musical elements. Tell us more about what to expect at the show.

P: I started as a photographer and I thought it would be a really nice touch to add photos that I have captured over the years to tell stories at the show. I am so glad to be sharing the stage with percussionist and singer, Santosh Logandran. Santosh will be playing the Tabla at the show and this will also be a way of paying homage to my Indian roots.

S: How have you been preparing for your show?

P: I have been gathering ideas ever since I performed at the Melbourne International Comedy Festival in 2017. I loved how every comedian who performed there had a unique tone to their art and did not hold back any form of expression. I started preparing for ‘BEAUTIFUL’ a year ago and have written entirely new material for this show. Most of my content is derived from everyday conversations, silent observations and reflections on my journey.

S: Are you afraid that your audience will find it harder to relate to the show because it has been derived from such an intimate encounter?

P: I fear that a little. But I think these nerves are good prior to a show to allow you to address and tackle the issues that you think will rise. I usually test my material at trial shows and make the necessary adjustments as I go. So, I am confident that people will actually enjoy themselves and find a connection to the content that I will be delivering.

S: You seem to have a firm hold on the business of laughter in this region. What is the next thing you are planning to do in comedy?

P: I am hoping to do more solo standup shows in the years to come and performing overseas. My ultimate goal in comedy is to share the gift of laughter by teaching kids and young adults comedy.

Catch Prakash Daniel’s ‘BEAUTIFUL’ at PJ Live Arts on the 14th of September at 8:00pm. Tickets are on sale starting at RM54 and can be purchased at beautiful.peatix.com. 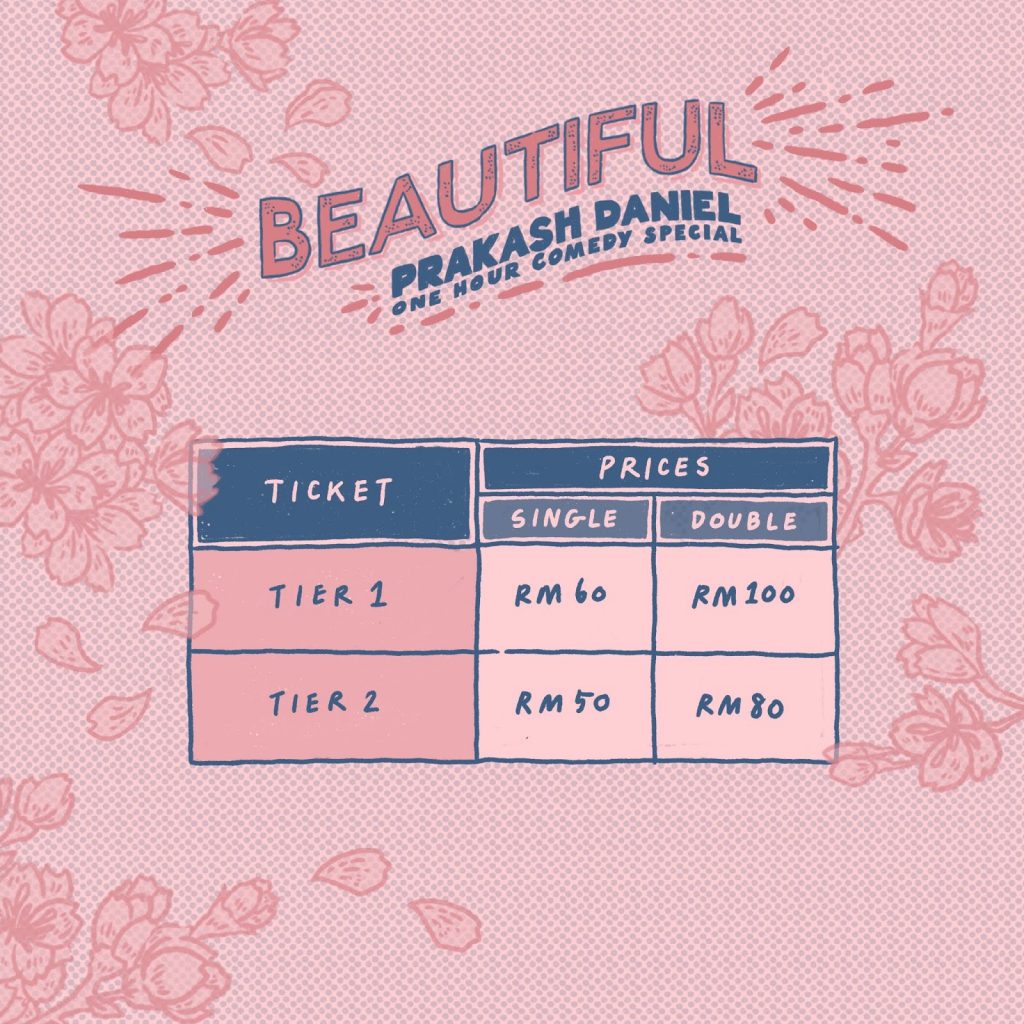 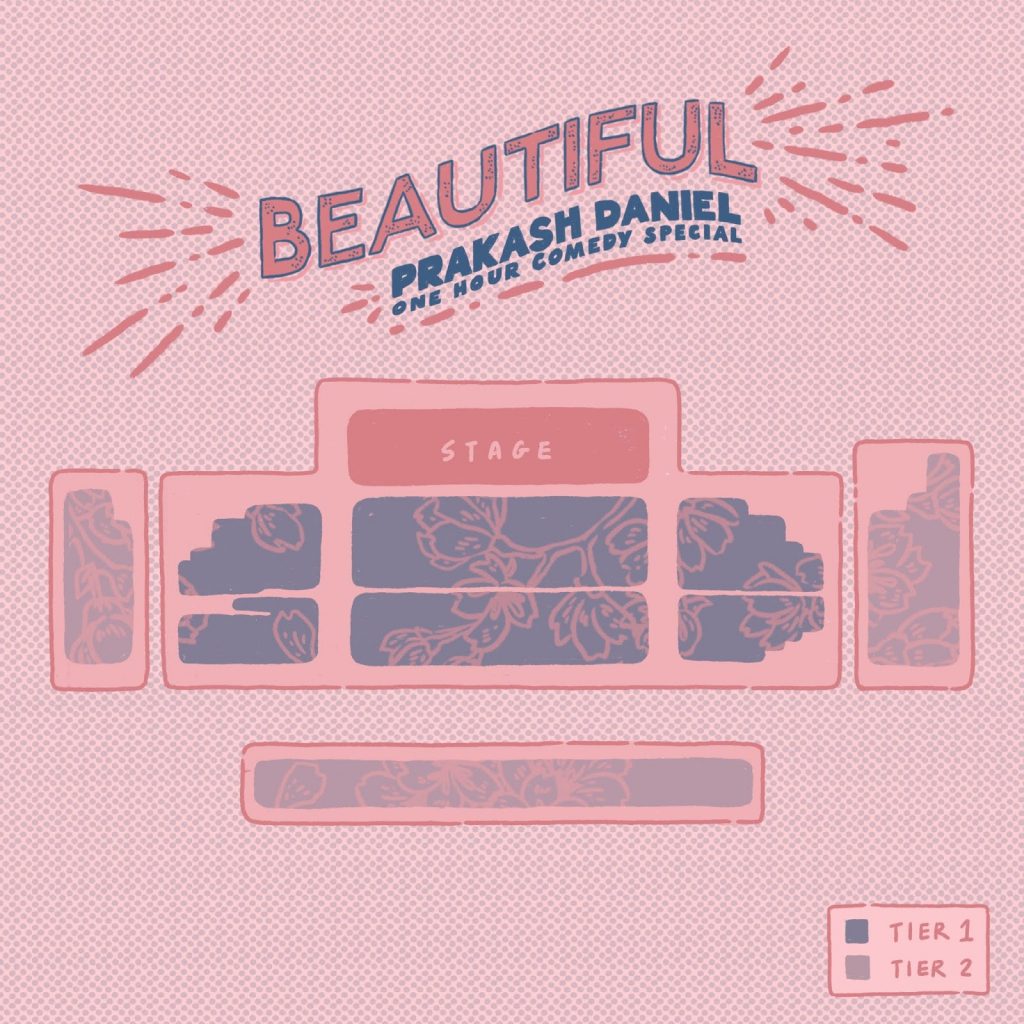