“People like him just don’t see men and women as equal,” This one line uttered by contestant Vaishnavi Prasad on Tamil reality TV show, Bigg Boss Tamil 2, is probably the a statement that can be applied to the bulk of Tamil filmmakers and their audience.

Vaishnavi calls herself a reality show survivor. Surely, it is no joke to have one’s every move scrutinized by one of the most misogynistic audiences in the world.

Alas, we are not here to discuss the reality TV show. A keen proponent of body positivity and self love, Vaishnavi has been very vocal about feminism, encompassing gender equality, bodyshaming and toxic masculinity. In fact, the former radio jockey was interviewed by a few mainstream Indian news portals during the explosion of the #Metoo revelations on social media late last year.

We witnessed her be bodyshamed and sidelined while inside the house and yet, her passion when it came to feminism sparked a fire in many who are aware of the misogyny in the Tamil entertainment world.

Vaishnavi talks to Varnam about her views on gender equality, body positivity and the bleak future of women in the Tamil film fraternity.

Varnam (V): You’re pretty outspoken when it comes to gender equality, even while you were inside the Bigg Boss house. Was it something you have always been passionate about?

Vaishnavi Prasad (VP): I think gender equality is the need of the hour. We don’t talk enough about it. The problem is, we are raised in a society that is so full of toxic masculinity that sometimes we take sexism very lightly and are conditioned to accept it as a mindset.

The problem is, we are raised in a society that is so full of toxic masculinity

As far as i can remember, I have always been very outspoken about feminism, LGBTQI+ rights, mental health awareness and gender equality. The more i talk about it, the more I become aware of my own mindset and can proceed to improve myself.

VP: Absolutely! Any media that is in public view is an influence, whether you realise it or not. It cannot be justified by saying ‘it’s just a movie’. At some point, for many, cinema creates the mindset/education that teaches them how to act and behave in the social setting.

Not everyone is on the same intellectual level to process a movie as ‘just a movie’. Most people are impressionable and tend to take cinema to heart. Tamil Nadu is a cinema-crazy state and I believe filmmakers have some responsibility in creating content that is relevant to the times and sensible.

Sadly, we still see movies where stalking is glorified and powerful women portrayed as promiscuous or negative, and other such things.

V: Tamil films haven’t been the kindest to women. Strong women are stereotyped a certain way. Do you foresee a change in this trend?

VP: I feel that Tamil cinema caters to a stereotype that if a woman is headstrong, she is of ‘loose character’. We often expect women to behave a certain way. Being ‘ladylike’ is associated with a woman’s character. Being submissive is associated with her personality.

We as a society still have fixed gender roles and these things are often reinforced by Tamil cinema. The way things are right now, I don’t see a change in the near future. 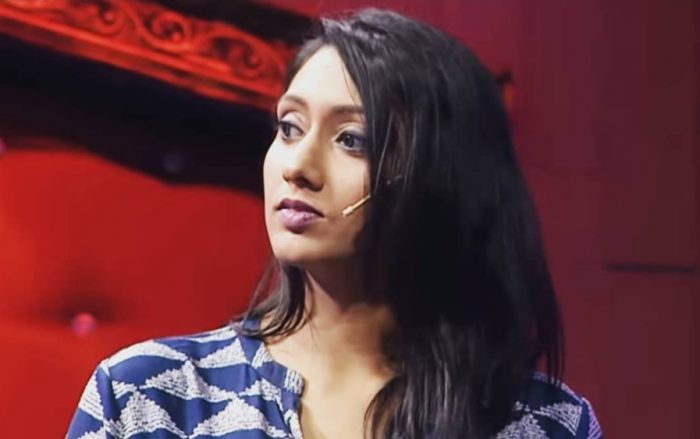 V: More often than not, movies featuring a strong female lead do not have a male lead actor. In your opinion, are Tamil male actors just too insecure to share the limelight with their female counterparts?

VP: I actually haven’t seen too many movies with a strong female lead. I cannot recall a single movie that has a female lead who has a theme track and is portrayed as positive, and for me that is kind of sad because even ‘female-centric films’ are very soft and devoid of men.

Somehow, emasculation is still a thing, again because we have specific gender roles. I cannot think of a single male actor who would want to submit to a female character in a movie. This may be because male leads have a killer fan base that they don’t want to disrupt.

I think ‘mass stars’ are afraid of losing their popularity by doing a niche role; they are more content doing roles that cater to the masses and entertain mindlessly. 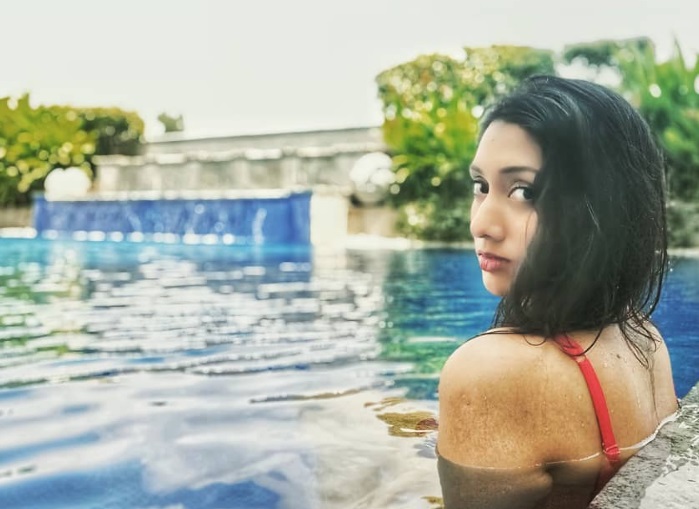 V: Body positivity is something that is unheard of in the Tamil film fraternity. In fact, body shaming is the norm. How do you think we can go about changing this?

VP: Oh, where do I start! I was body shamed inside the Bigg Boss house and outside. While I have learnt to deal with it, there are a plenty of young girls who can’t. They just don’t know that it’s okay to not have a ‘perfect’ body.

I keep talking about my imperfections in the hope that somewhere, some girl learns to accept herself without feeling like she isn’t good enough.

(Vaishnavi has been very open about a birthmark on her face, and even wrote an article about it way before Bigg Boss. She admits to enjoying the art of makeup, but is proud of her appearance, and all its ‘imperfections’.)

Perfect skin is a lie. IT IS ABSOLUTELY OKAY TO HAVE IMPERFECT SKIN. I have a rare skin condition called Nevus of Ota

Beauty standards are so messed up I’m flaunting my gorgeously imperfect skin.

Love yourself. Feel beautiful! And slay it in every way you can!#slaybabemax pic.twitter.com/41hyHdFIkT

Funnily we never body shame men; it is only the women who need to be perfect all the time. I guess the only way to change it is to keep talking about it and for the new age filmmakers to give female actors with imperfections substantial roles to perform in Tamil films, not just to hit the glamour quotient.

it is only the women who need to be perfect all the time.

V: Should we even be focusing on body positivity when even the basics – gender equality – is just not present in Tamil films?

VP: That’s like saying why should urban feminists be arguing about wage gap when at the grassroot level there are women who aren’t receiving education because they are women.

No problem is too small or comparable with another problem! I think we need to focus on everything. I cannot ignore my body being shamed and worry only about my gender receiving equal treatment because everything stems from my gender. All problems are interconnected at some level and we need to address them LOUDLY. 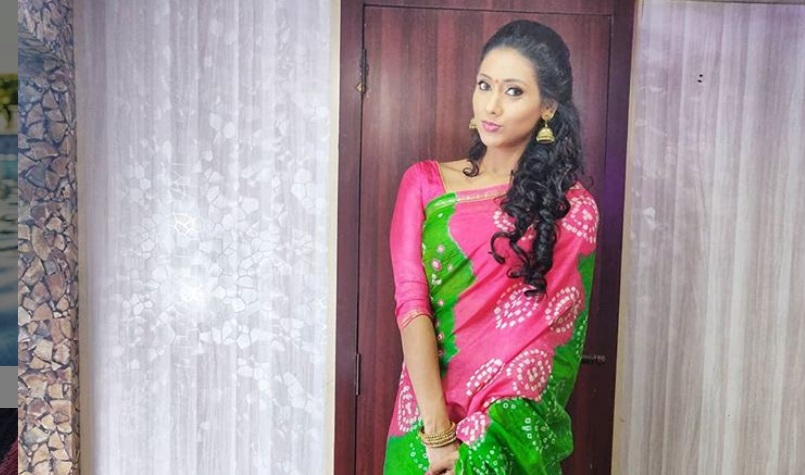 V: What are your thoughts on the way the Tamil media handled the #metoo revelations?

VP: I don’t think they’re handling it. There’s a huge void created by denial because of people worrying about stepping on the wrong people’s foot and fracturing their relationships in turn destroying their careers.

V: A stranger asked you to marry him on Instagram and you told him off. What do you think is the cause of such idiotic male entitlement?

VP: That is just one example. I get at least 2 or 3 weird entitled male requests every day. Men have threatened to unfollow me, ruin my reputation if don’t reply, demanded my personal number, asked me to have sexual relations with them, and this is just the tip of the iceberg.

This stems from raising our sons to believe that women are lesser than them. We have a tendency to condition our young boys to toxic masculinity. Stuff like ‘boys will be boys’ or ‘boys don’t cry’, that’s where it all starts. Parents need to raise their sons to respect women from a young age.

This stems from raising our sons to believe that women are lesser than them.

It is also important to socialise them with women at a young age, else when they grow up they won’t know how to behave around women. 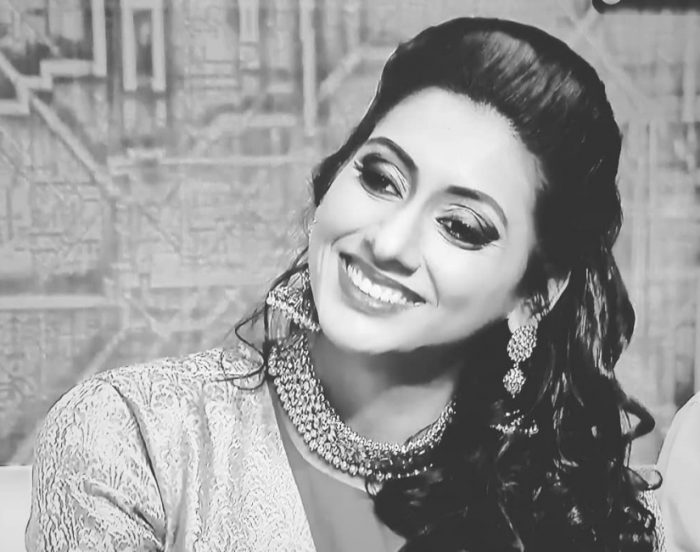 V: Do you think it is possible to obliterate the patriarchy that is so deeply rooted in the average Tamil person’s mind thanks to decades of movies perpetuating the belief?

VP: I’d like to believe that it is possible, even though the probability of it happening in even the distant future seems very bleak. It will take a miracle of gargantuan proportions to make it happen, but i am hoping for that miracle.

V: What is the biggest myth regarding feminism that you want to dispel?

VP: I want people to understand that anybody can be a feminist, even a man. Feminism is standing up for equality between men and women. By way of being a modern woman, you are automatically a feminist. Before you declare that you don’t support feminism, I want you to just read up about what it means to be a feminist.

Feminists are normal people, not man-hating, crazy old bats who are plotting to destroy mankind!

anybody can be a feminist, even a man. Feminism is standing up for equality between men and women. 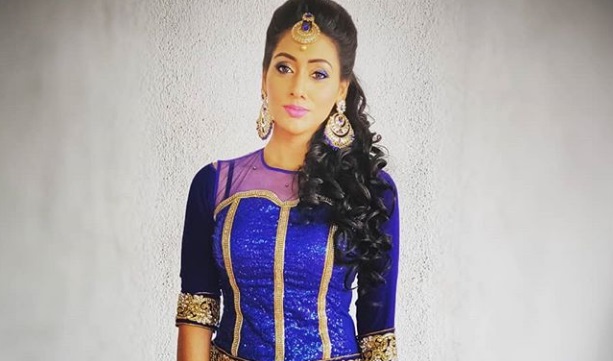 V: What does self love mean to you?

VP: Self love is a journey to me. It is a journey of acceptance. It is the means to your happiness. If you cannot love and accept yourself, how can you expect someone else to love you? Self love is the hardest thing in the world, but it starts by looking at yourself and saying out loud “ I love myself. I am an amazing, beautiful person” and actually believing it. 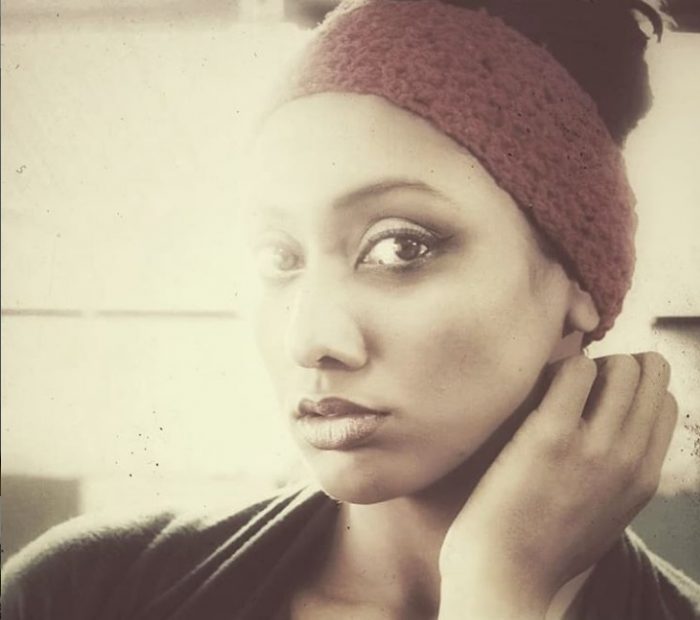 V: What are your hopes for the Tamil film fraternity when it comes to the topics of feminism and body positivity?

VP: I just hope that the newer film makers who are exploring and creating new genres of Tamil cinema warm up to the idea that a badass woman need not be a stereotype.

I hope these filmmakers realise that they have a responsibility towards to intellectual progress of Tamil people, and to take Tamil cinema to a level where it makes us all proud on an international level. 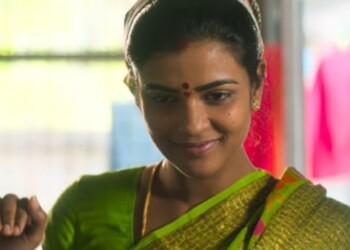 As an Indian woman, it goes without saying that we have had so many barriers to our freedom because of... 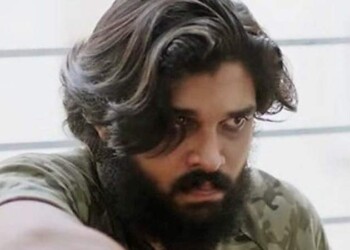 In these recent weeks, we have yet again seen another popular case of domestic abuse. Though the entire nation was... 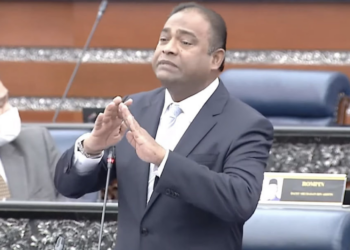 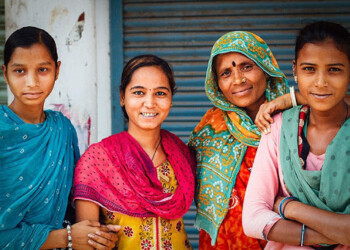 The whole purpose of this article is for me to share my story and hope that the people around me...