From the amount, RM 128 billion will be used to protect the welfare of the people, while RM 100 billion is allocated to support businesses including small and medium enterprises. 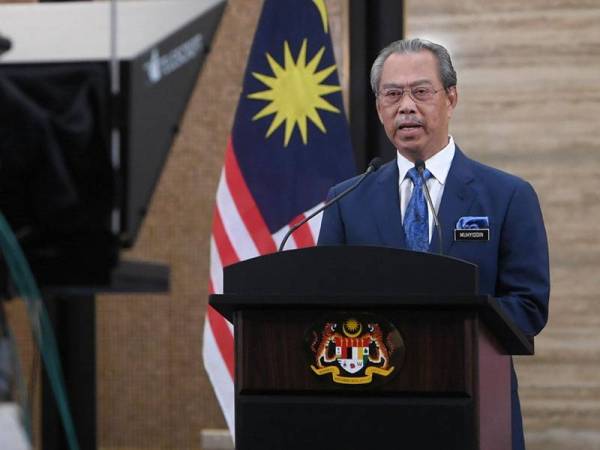 Earlier this week, the government allocated a total of RM600mil for the Health Ministry to purchase equipment and hire contract staff, especially nurses.

An allocation of RM 130 million has also been announced and will be distributed equally to all states to help tackle the Covid-19 pandemic.

Here are a few more highlights of Prihatin

Employees Provident Fund contributors aged below 55, can withdraw RM500 for up to 12 months.

The special allowance for healthcare workers is raised, from RM400 to RM600 a month from April 1 to end of pandemic.

A special allowance of RM200 a month for frontliners such as police, immigration and the Customs Department

National Caring Aid (Bantuan Prihatin Nasional) involving one-off cash payment of RM10bil will be given to the B40 and M40 group, including private workers, farmers and fishermen. This includes

Government together with TNB will add an allocation of RM 530 million for discounts between 15% and 50% for electricity usage up to a maximum of 600kW a month for six months from the April bill.

Exemption of rental payment for PPR and public housing for six months.

An allocation of RM4.5 billion will be put aside for small-medium enterprises (SME) and micro entrepreneurs which will comprise of five initiatives.

One-off RM500 for 120,000 e-hailing drivers nationwide with an allocation of RM 60 million. This is in addition to the RM600 one-off aid announced for taxi drivers that was announced in the previous stimulus package.

Salaries borne by contractors involved in the service sector, such as cleaning services and supply of cooked food in government agencies will be covered by the government.

A wage subsidy of RM600 a month will be introduced for three months for employers with a 50% drop in business since Jan 1, for workers with a salary of below RM4,000.

All projects allocated in Budget 2020 will go on, including ECRL, MRT2 and the National Fiberisation and Connectivity Plan (NFCP) in line with its focus to ensure sustainable economic development.

Tan Sri Muhyiddin Yassin also called the public to bear with him and the government as they are doing their best to pull the nation through the Covid-19 crisis.

“We are not perfect, but we are doing the best we can to pull through this crisis together, as one nation. God willing, we will come out stronger when this crisis ends and the dust settles, ” he said.

Muhyiddin ended his speech by calling on all the people to work together in facing the Covid-19 challenges together.