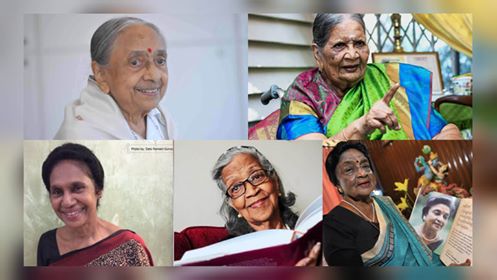 Malaysian Indian women have come a long way! Be it in the areas of literature, sports, entertainment, science or military!

Having broken the proverbial glass ceiling through various stereotypes, they have proved their mettle for our nation. We are sure that if we start counting their numbers, we will run out the space. So, for the sake of brevity, here’s a list of 5 amazing women who have served the nation, yet their stories are often forgotten or ignored. 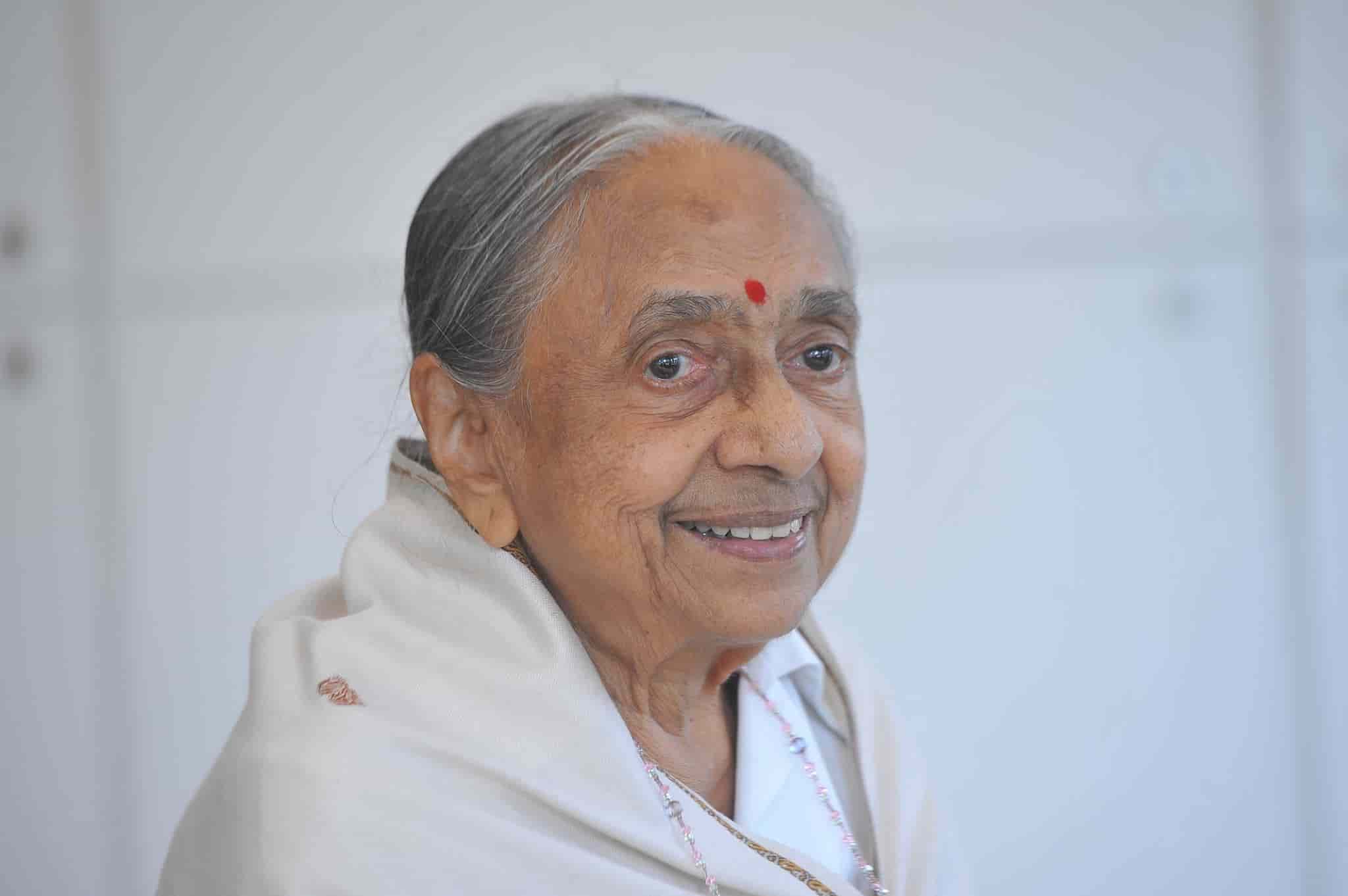 Datin Paduka Mother A Mangalam A/P S Iyaswamy Iyer was born on May 17th, 1926 in Singapore. In 1948, she came to Malaya, where, upon passing her teacher training course, Mother Mangalam started teaching in a Tamil school in Bangsar where the students were mostly from poor families.

Mother Mangalam is a co-founder and the life chairman of the Pure Life Society. She is known as the “Malaysian Mother Teresa”. She has been widely recognised for her charity work among disadvantaged children. She was initiated into the Pure Life Society in 1949 with the title ‘Sister’ and was bestowed the title ‘Mother’ in the year of 1985, for taking on the role of a mother-figure to orphaned multiethnic children over the years.

Mother Mangalam received the Kesatria Mangku Negara (KMN) by Seri Paduka Baginda Yang di- Pertuan Agong in 2003 and a Pingat Jasa Kebangsaan (PJK) from the Sultan of Selangor in 1955. She was also honoured with the Tun Fatimah Gold Medal from the National Council of Women’s Organisations in 1977. 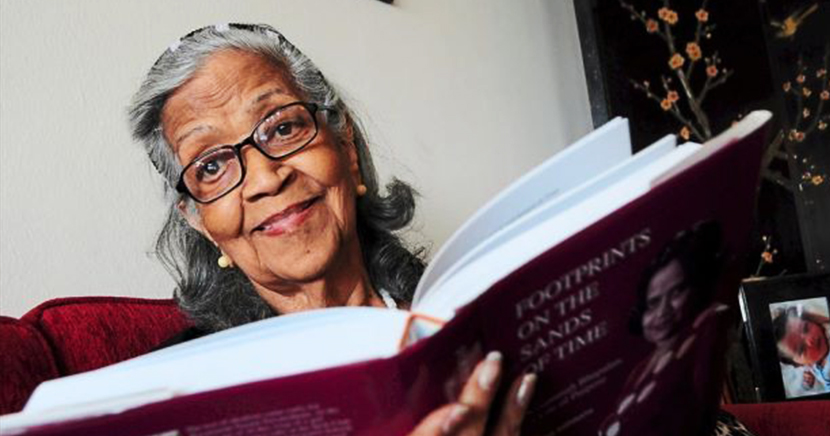 Rasammah Bhupalan, 86 is one of the first female fighters who fought for the independence of Malaya. She joined the Rani of Jhansi Regiment of the Indian National Army and served in Burma during World War II at the tender age of 16. After graduating from University of Malaya, she started her teaching career at the Methodist Girls School and it was in that school that she co-founded The Federation of Malaya Women Teachers Union (WTU) in 1960.

The WTU was formed to pursue equal pay for women teachers of all races and ethnicities, who were not paid the same amount as men at that time. In 1964, they succeeded in achieving equal pay.

Some of her famous quotes:

“I’ve never had a reason to be upset. As a leader, there are times when one has to be a loner to maintain integrity, accountability and honesty.

But then, I have never been the type to keep quiet when there is a need to speak up.”

Known as the co-founder of the National Council of Women’s Organisations (NCWO) over 50 years ago, Rasammah also campaigned for minimum wage, better pension terms and an end to domestic violence and rape. Her efforts led to the enactment of the Law Reform Act (Marriage and Divorce) Act 1976 that protects women against polygamous marriage and reformed custodial proceedings.

As the deputy president of the National Council of Women’s Organisation (NCWO), Ramani is a veteran fighter for women’s rights and development in Malaysia. With focus on the professional front, social and community work to promote women empowerment, Ramani fought for giving women equal pay, medical, housing and other benefits in the 1960s.

Making a drastic change alongside Rasammah was Ramani who has spent the past four decades advocating for women’s rights and development in the country for the last 35 years. She was influential in advocating equal pay for work of equal value, focusing on giving women Permanency and Pensionable status ensuring the right to equal pay, medical and housing.

She enrolled in the National Council of Women’s Organisations (NCWO) for more than 20 years, during a very poignant moment when the organisation made the conscious effort to change the way rape cases were managed, pension rights for women, advocating awareness of breast cancer with men as partners in helping women and also custody rights when it comes to divorce or separation cases. 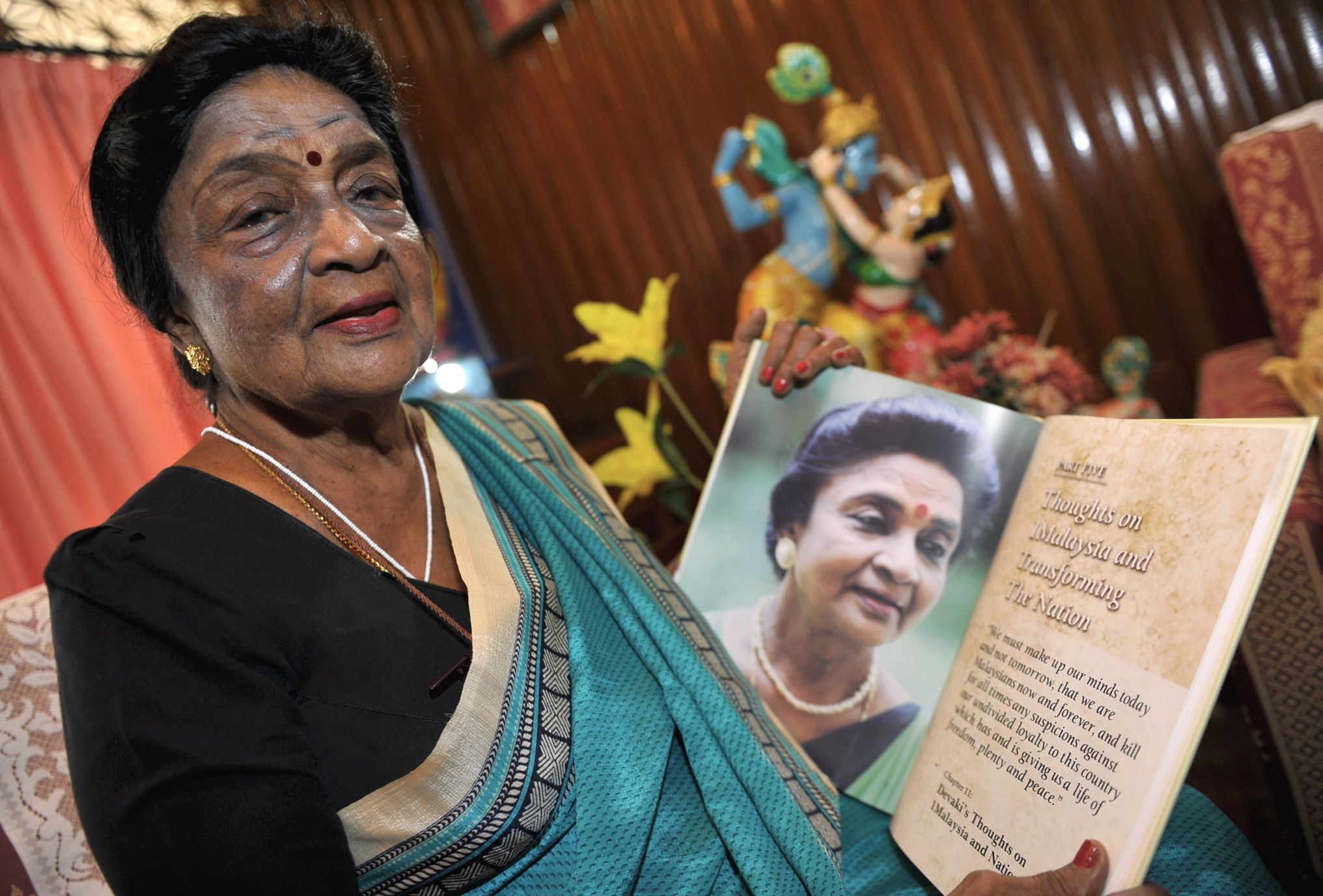 Tan Sri Devaki Krishnan is a member of the Malaysian Indian Congress (MIC) and was the first woman to be elected in public office in Malaya after winning a seat on the Municipal Council in Kuala Lumpur in the year 1952. She has made her mark in Malaysian politics and community welfare. The Sri Lankan born was educated at St. Mary’s School, Kuala Lumpur, and soon after graduating, became a school teacher.

In 1949, Devaki became an active member of the Selangor Indian Association and the Women’s International Club. Devaki was nominated by her community and approached by Datuk Onn Jaafar to stand for election at the Kuala Lumpur Municipal elections under the Independence of the Malaya Party in 1951. Apparently she became the first Indian women to win the election in Malaya then.

Devaki joined the MIC and rose to fame through the ranks, first as Wanita MIC Secretary and then as Deputy President. At the same time, she continued to teach, chair the St. John’s Ambulance Association and campaign for women’s rights with the National Council of Women’s Organisation, which later named her Tokoh Wanita. 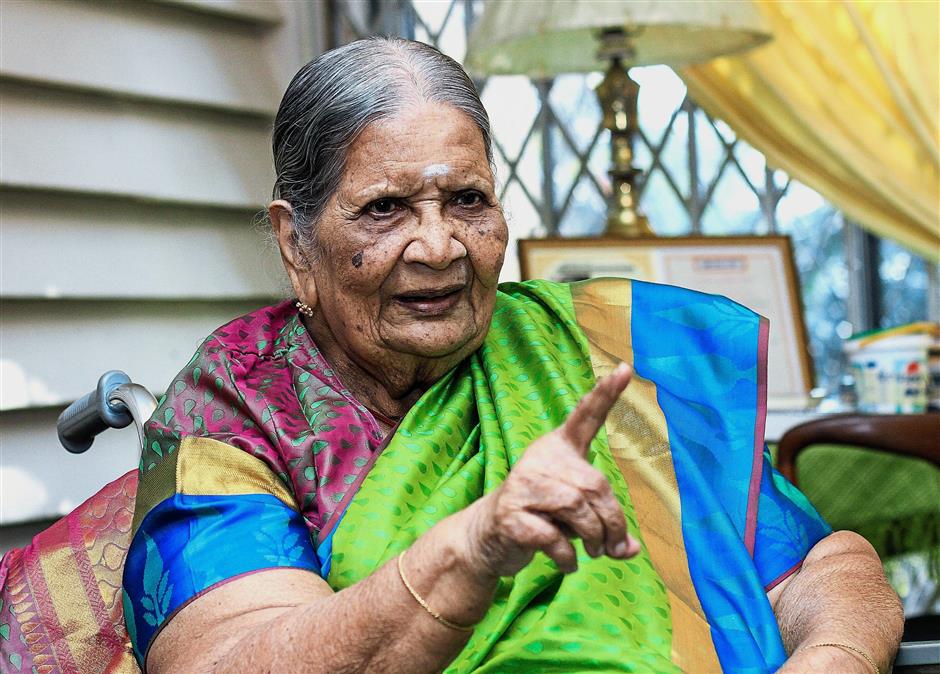 You may know her as the wife of the late Tun V.T. Sambanthan, but Toh Puan Uma has made a name for herself by being an activist and social worker, raising the status of women, especially in rural areas. She was also one of the founders and formal president of the NCWO. Toh Puan Uma also held the position of general-secretary of the Sri Ramakrishna Sarada Society, which she co-founded in 1960.

In the 1950s, she was actively involved with various women’s groups to raise the status of women. Toh Puan Uma sought to challenge conventional social barriers regarding women as she was a firm believer of women being in positions of leadership.

By working together with women from all races, she was able to address such social imbalances. The role of women became more significant in a democratic society both politically and socially. From the last quarter of 1956 till the 1970s, Toh Puan Uma worked with the National Association of Women’s Institute (W.I), organising proper nutrition and healthcare for kampung (rural) children, reviving local recipes and income generation, in general.

May we never forget the contributions made by these pioneer women leaders who helped shape Malaysian women to reach their fullest potential.

Let’s join hands and carry on their legacy.