This year “Merdeka” means so much more to us Malaysians as we have come together again to recognize that standing together in unity can bring a change to the nation. This was quite evident during the Movement Control Order (MCO) whereby the whole nation fought against the COVID-19 pandemic in solidarity.

The ‘Malaysiaku, Kita Selamat Bersama’ campaign reminds Malaysians to embrace the spirit of togetherness as well as stay safe and strong as a nation. 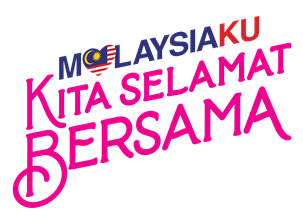 On this note, Astro engaged three upcoming directors to conceptualize a short series –Ottrumaiye Balam an anthology, that showcases 6 short stories based on the theme “stronger together” in conjunction with our 63rd Independence Day.

It will be premiered for 2 consecutive days, 30th and 31st AUGUST at 2 pm on  Channel 201 Vaanavil HD

Three prominent directors from the Malaysian film industry Balachandran Shakma, Ravivarman Vicraman, and Shunmugam Karuppannan (Shan) have joined hands to produce a consequential anthology depicting the stories of Malaysians with an anecdote of their own, portraying unity and patriotism ingeniously embedded in their respective short stories. 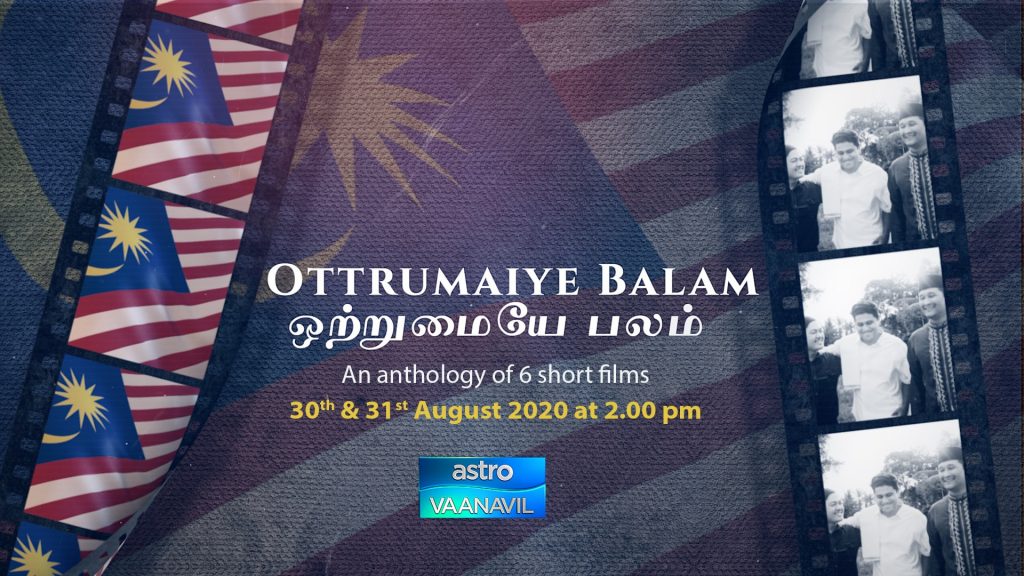 There are a total of 6 short stories, 2 stories done by each director defining the events that took place in our country in a specific time period from 1950 to 2020.

The eccentric names of the short films do put us in excitement on what awaits to be screened by ASTRO inconjunction WITH the 63rd Independence Day this year!

A sketch consisting of 3 main characters, Father (Guna Segaran), Son (Mohana), Daughter In Law (Sangeeta). Suthanthiru Kaatru is a story on how a family faces their dispute with different opinions and views on the country obtaining Independence. This short film by Balachandran Shakma tales about a father who is biased to the British and his experience on the immense struggle and hurdle he went through when the Japanese were torturing Malaysians. He opposes Independence due to his strong resentment over the country disliking another race that takes over the throne of Malaysia. His son, however, is a person filled with patriotism and fights for the country’s independence alongside all the other races. His wife, the first woman to hold on to feminism in the country back in 1955, is a lady that is keen and focused on obtaining independence for the country. Her character is emphasized in the movie made with meaningful dialogue delivery to highlight feminism issues that have been lingering in Malaysia. The whole movie was shot in black and white with a full-on 90’s feel.

A heart-wrenching story helmed by Ravivarman Vicraman on how a multiracial community in Malaysia combats communism together.  The film pictures the life of Malaysians being ambushed by communist that stayed back after the country received Independence from the British colonials. Chidambaram is the main character in the film that helps a Chinese guy through his way of life during the events of the dispute.

Vidiyal is a story from the 70’s era that narrates about the struggles of a mother to send her son to school due to his expired bus pass. Vidiyal is a film inspired by a novel director Shunmugam Karuppannan holds very close to his heart, titled “1 ringgit”. The lead roles of the film are played by Thia Lakshman and Vinnut Sippiah.

The director’s aim for shooting the movie based on the novel was to encourage Malaysians to read it and appreciate how life has revolved since we were granted Independence.  He, however, twerked the story with his own flair based on the independence day theme given. Every Malaysian should definitely read through the novel to reminisce about the history of our country prior to watching this film.

Kootali penned by Ravivarman Vicraman is a story about a group of youngsters that love football helps a poor Malay man, Pak Abu that lives in a small house in poverty. The young boys eventually grow very fond of him and take good care of the old man with genuine love and hospitality aiding to his needs. This is a story that expresses the unity and culture of Malaysia.

This story shows the rise of Malaysia after Independence Day, how much it has developed since the 1950s till 1990 with the evolution of concrete buildings and sky-scraping infrastructures. Rescue is about how a community of various races joins hands together to rescue a girl.

Paalam is a story based on the shortcomings faced by Malaysians during the COVID-19 Pandemic that lead to MCO. The main role is played by James Ariokasamy, a married man alongside Nor Natasha Hamzah and Ain Evon. Significant amounts of this short film is shot in our very own national language Bahasa Malaysia explaining the recent rising cases of suicide, cyberbullying and the influence of social media in our community. It is a story based on an interesting concept of the present day!

The directors of the film have written these stories with a unique touch of their own from their respective life EXPERIENCES, incorporating values and morals of unity and strength delicately into each scene of the short story to be embraced by the audience.

Varnam Malaysia caught up with the three directors to get an insight into their experience working on this pilot project:- 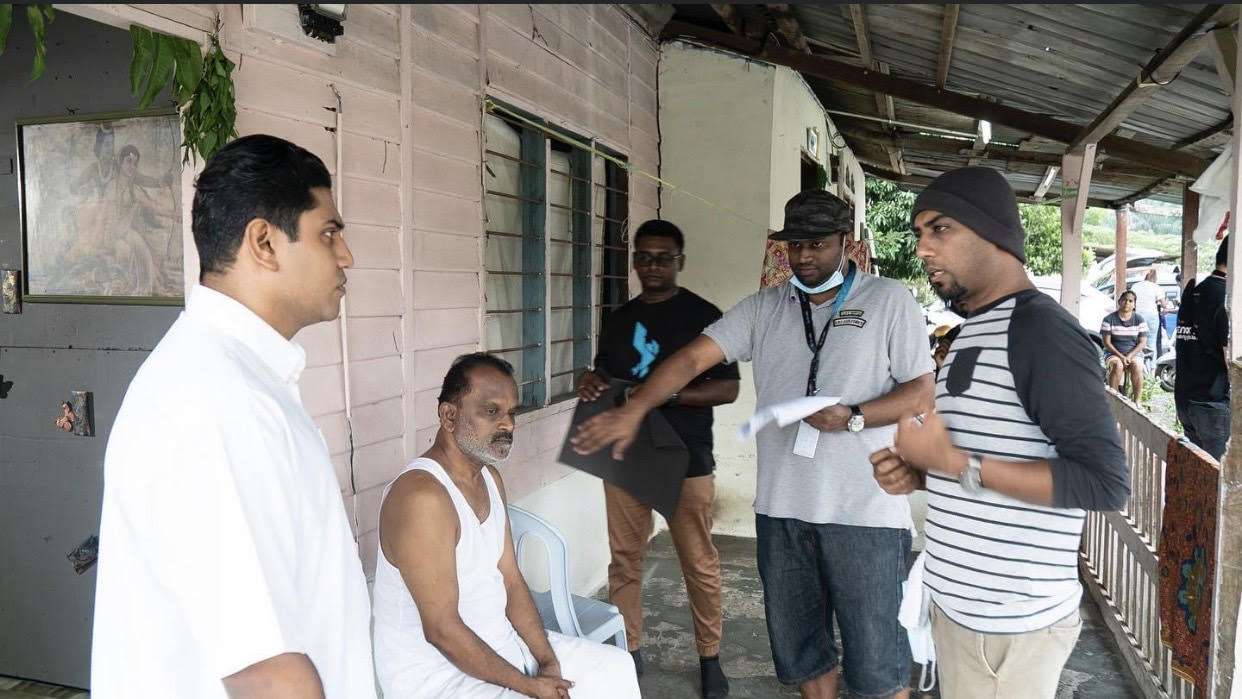 Ravivarman Vicraman quoted for him it was a personal touch with the incorporation of his own experiences. This is a very special film for him because it brings back many special stories of Malaysia.

For Balachandran Shakma, the experience shooting for this film was very special because it helped build a platform for the director to bring about the current happenings in the country, touching on topics of unity that have been overlooked lately. He went on out to express his feelings about Malaysia and it’s citizens in the short films. This is his first Tamil film, as he usually shoots advertisements and movies of the Malay genre.

As for Shunmugam Karuppannan (Shan), he went through many struggles in completing the right storyline because he was approached at the very last minute and had only a day’s time to come up with the storyline. Yet, he managed to complete the shoot within the timeframe despite the MCO restrictions and delivered the movie within the short time. 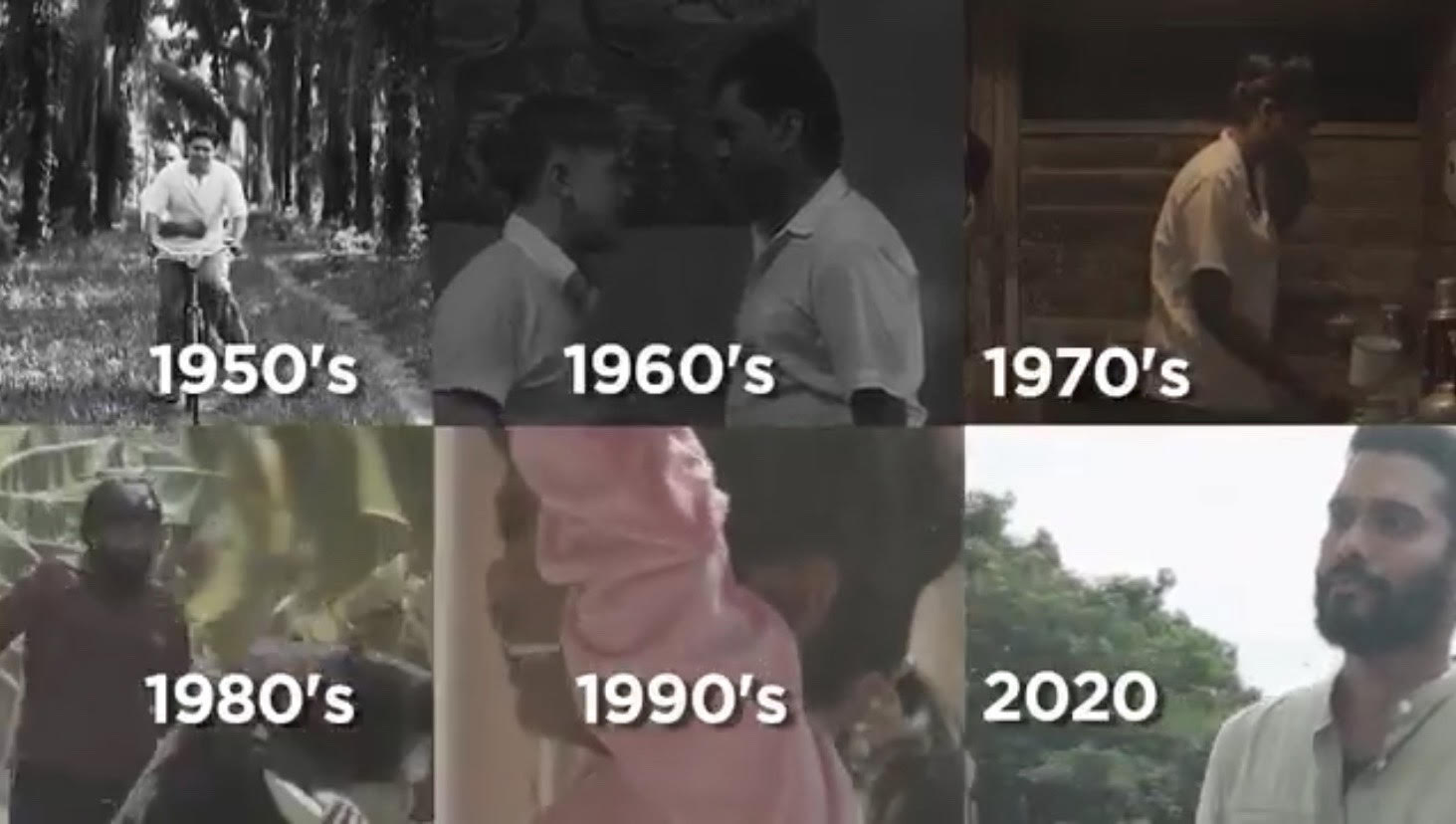 We also took the opportunity to as them what “Merdeka” meant to them?

“Merdeka” is very special because it shows how unity was born in Malaysia, consisting of multiple races.  Having worked in Singapore and Australia before, it was never the same and this always brought him back to Malaysia. It is now obvious to him him that there is no country out there like Malaysia. He believes everyone born in this country are Malaysians and no one should be classified according to the respective race.

“Merdeka” holds a very special place in his heart, which is why he has a particular fondness of doing commercials and movies touching on the theme of Malaysian unity and diverse cultures. He believes Malaysia is one of the best countries in the world today.

ED: Yes, we loved the Merdeka advertisement last year! Please give us more!

He really values “Merdeka” and wishes he had a time machine to go back in time to the 70s and 80s era where he had the fondest memories of his life.

Kudos to all three directors and we believe these short films would definitely take us back to a time to experience the pain and sacrifices made by our elders and to value all that we have achieved in the last 63 years.

The patriotic short film for independence day promises to captivate the audiences with great veneration towards Malaysia through this remarkably crafted anthology!