Maternity photoshoots seem to be the only way for a mother to remember her journey while carrying her little one in her tummy. Some may have seen a couple of maternity photos shared by Dr. Ravinpreet Aujla, the founder of Skin Master Medispa. 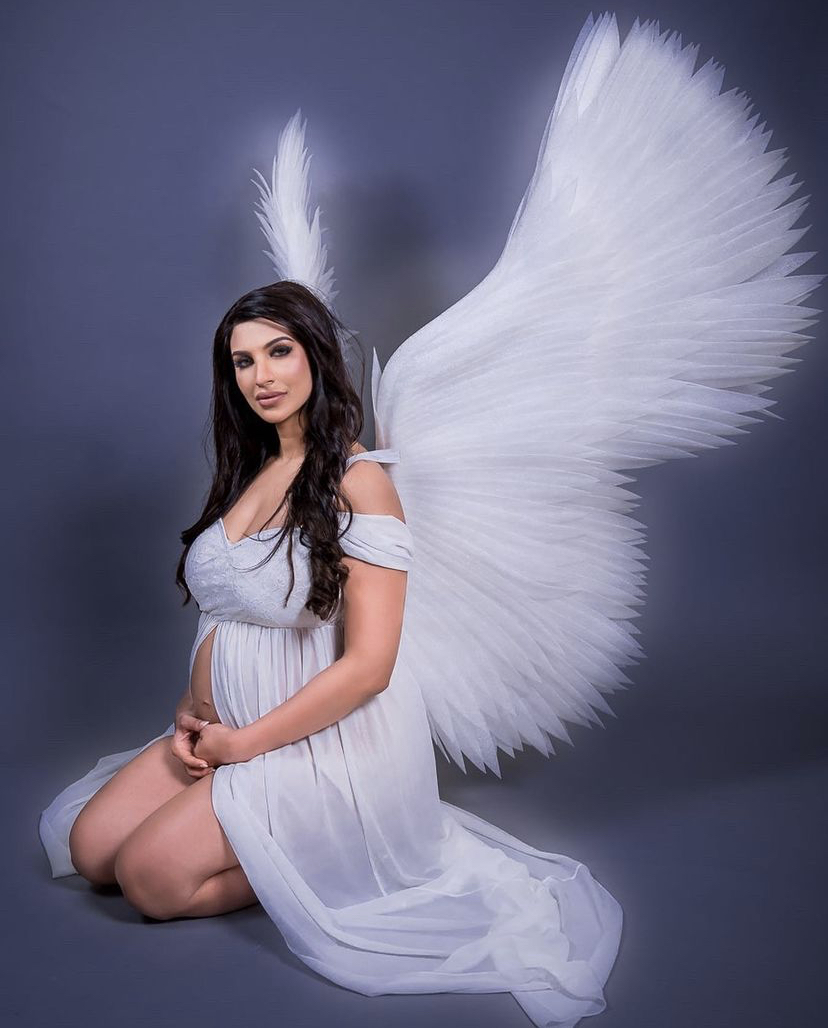 In those portraits, she appeared to be an angel from heaven. The stunning mother gave birth to a baby boy on 16th May and shared the happy news via her Instagram handle. Dr. Ravinpreet, congratulations!

Her stunning maternity photoshoot, on the other hand, continues to astound us, and the entire creative brain was pulled off by Baby Arts By Rusthia. Do you wish to learn more about it?

About Baby Arts By Rusthia

Sathia Ramasamy, who is also a mother of two boys, founded Baby Arts By Rusthia, a maternity photography page. She works as a software engineer and has a strong interest in photography. Rusty, her beloved husband, was her source of strength and inspiration. 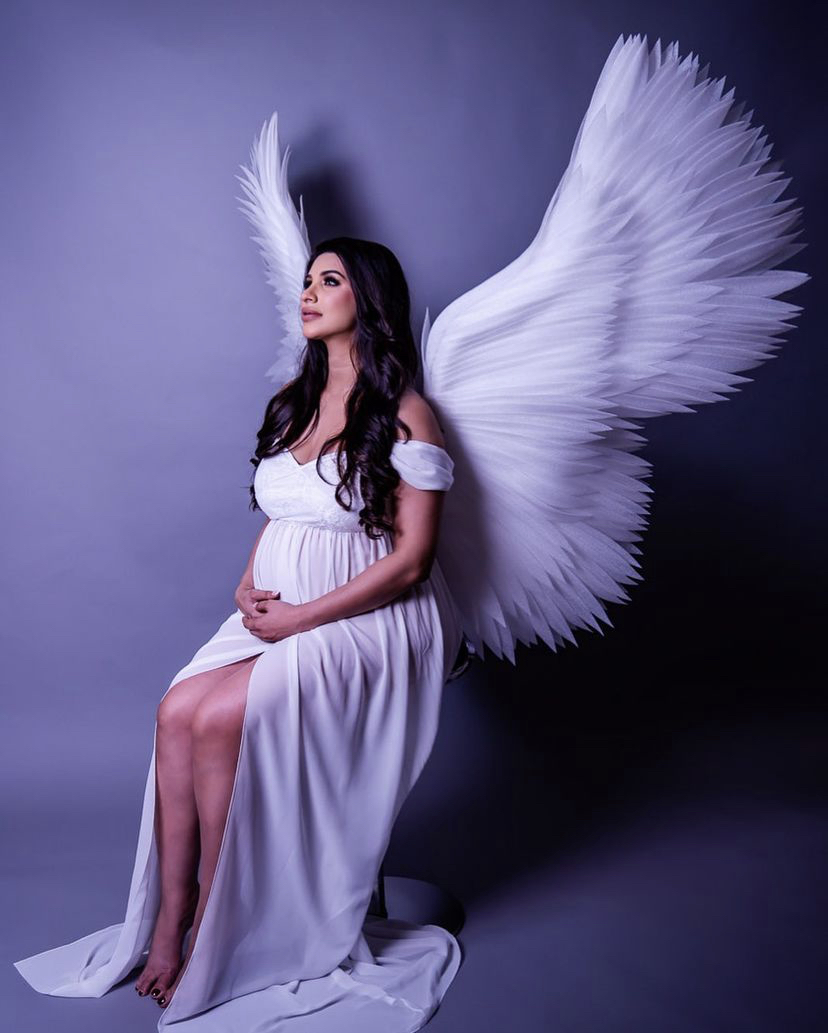 “ My husband, Rusty and I, love to dress up our kids and take various of different concept shots.”

Sathia’s interest began when she assisted her friends obtain a similar concept photoshoot for their children, and she soon received a request from a mutual acquaintance. The couple decided to turn their passion into a business because they recognised its potential.

“ During my pregnancy, we did 5 different concept maternity shoots such as western, indian traditional, milk bath, modern and underwater and it turned out well so we thought why not?

The angel wing maternity shoot is a really unique idea. Baby Arts By Rusthia is the first in Malaysia to achieve this concept.

Sathia told Varnam that the idea came to her while watching a Victoria Secret model show, and she thought the angel wings would be perfect for the angels in disguise, the pregnant moms.

“ We imported these angel wings from overseas for the maternity shoot and the first one to shoulder them is none other than Skin Master Medispa Founder/Director, Dr. Ravinpreet Aujla. 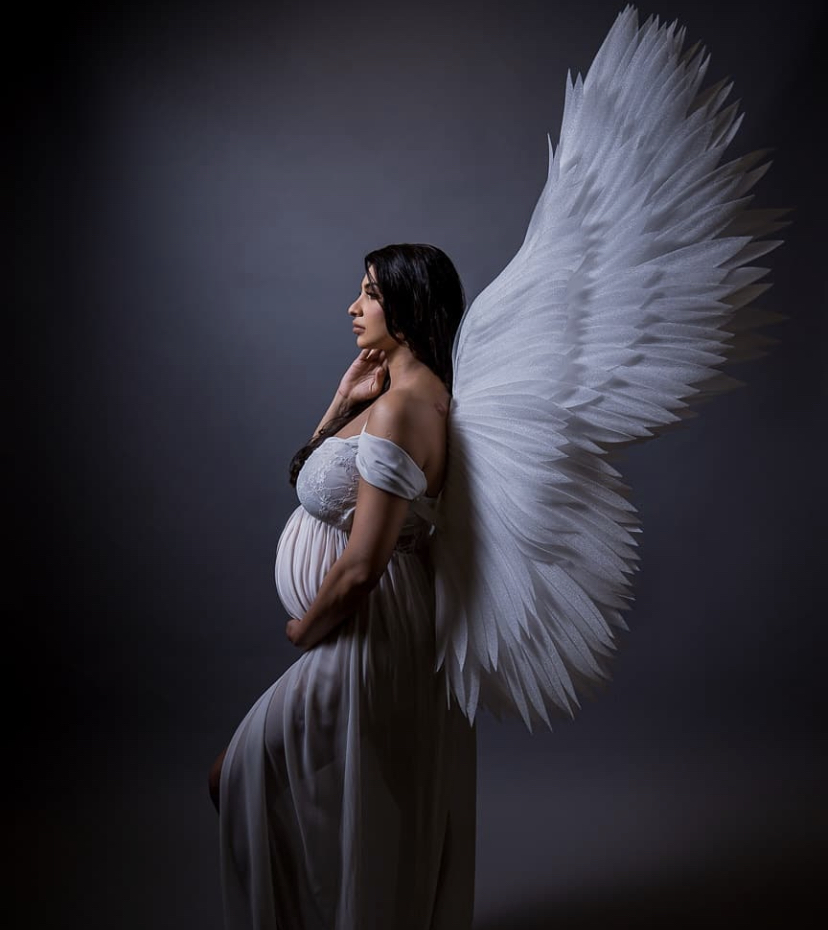 “She looked absolutely angelic while wearing these pair of wings with the magical touch of ArdanaHaran’s makeup.”

View from the gorgeous new mother

“When Rusty & Sathia came over to Skin Master KL, they explained to me about the “angel wings” concept and I was amazed at their level of creativity.”

She was actually 35 weeks pregnant when Sathia and Rusty approached her. Hence, the couple had to pull off the entire creative concept in a short amount of time.

This maternity photo shoot took place in Dr. Ravin‘s home over the course of two weeks.

“ I was 37 weeks pregnant at that time and the way they handled the choreography, styling right from the set up to the end had my husband (Dr. Wishnu) saying “We will look into a newborn shoot after this.”

The parents of two boys were working around the clock for the shoot, but they were still having a laugh and enjoying the shoot. That explains both of their exuberance for photography.

“Even though Rusty & Sathia were on the clock and rushing to fit a timeline, it was a pleasure to have both of them enjoy this shoot as much as I did, 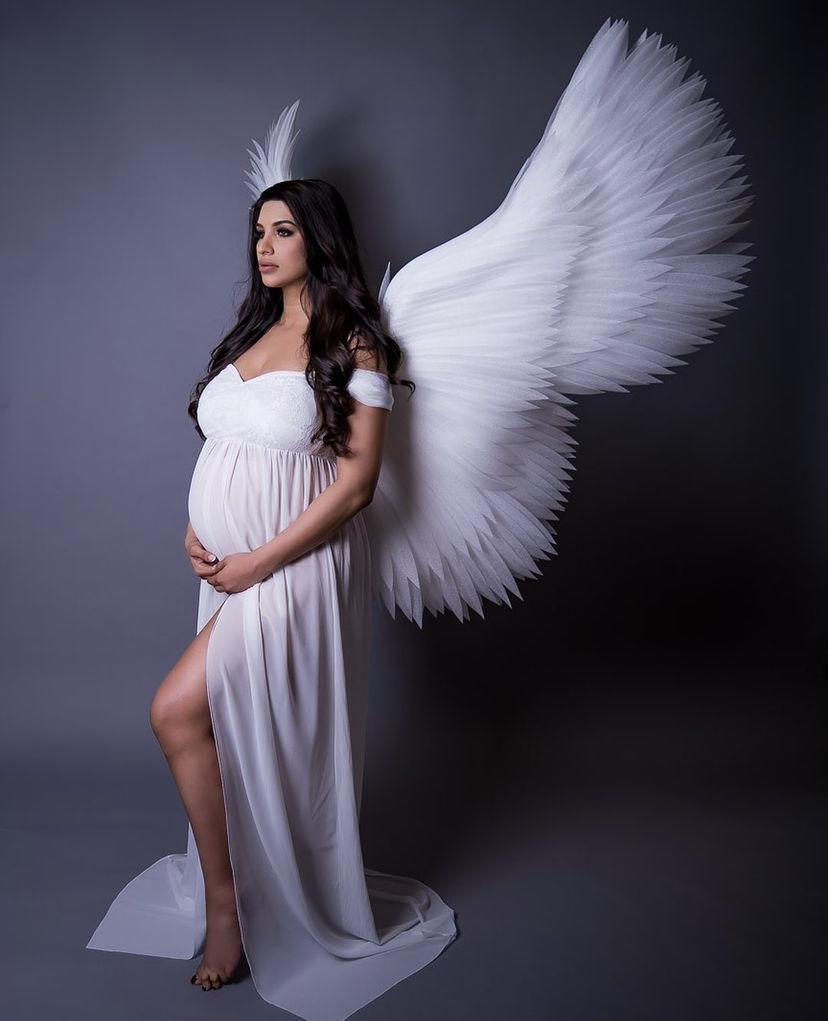 “After observing the pictures that they delivered to me, each one took me back to the moment that I realised I’m going to miss this pregnancy as my due date was closer.. the pictures were so good.. Thankful to them for capturing the strong emotions of the day.”

As I previously stated, we don’t know when our interest in things will begin to grow. It did for Sathia during the pandemic, and her work and creativity continue to astound us.

Check out the ‘Baby Arts By Rusthia‘ page to see more of Dr Ravinpreet‘s maternity photos. They also photograph newborns, children, and families.